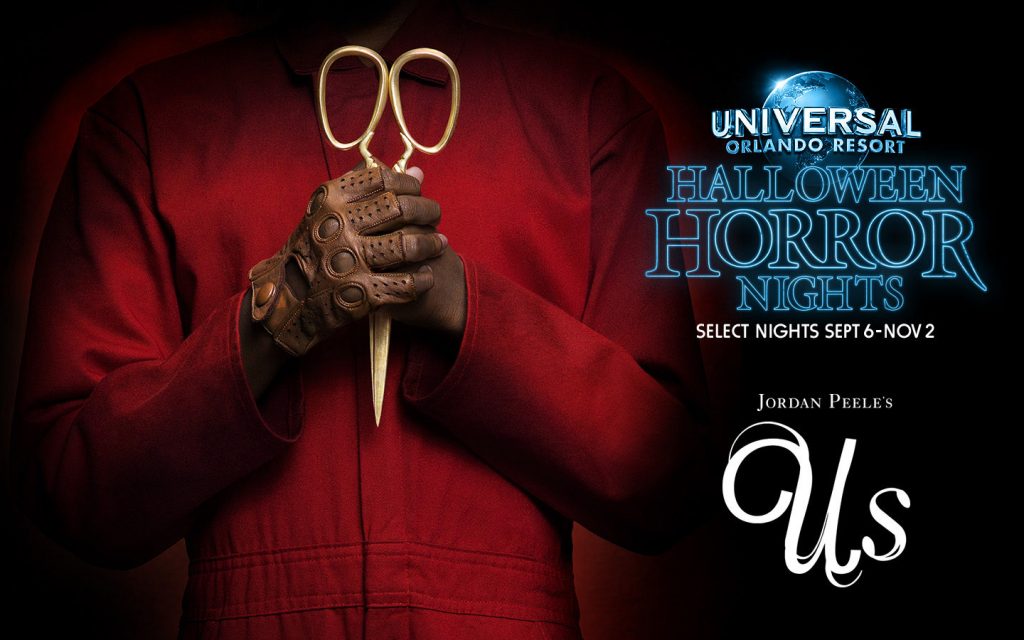 Universal Pictures’ Us film is the latest house to be announced for Halloween Horror Nights in Orlando and Hollywood. The horror film blockbuster will debut as an all-new house that immerses guests into terrifying locations and scenes, including the Wilson family beach house and the Santa Cruz boardwalk.

Guests will begin their journey circa 1986 and follow in the footsteps of Adelaide Wilson “as she innocently ventures through a mirror funhouse at the Santa Cruz boardwalk and has a fateful and traumatic encounter with her tethered doppelgänger.” Guests will then be transported to present-day and witness the chaos of “The Tethered” as they rise-up “from their tunnels to murder their privileged doubles in a nationwide coordinated act of rebellion.”