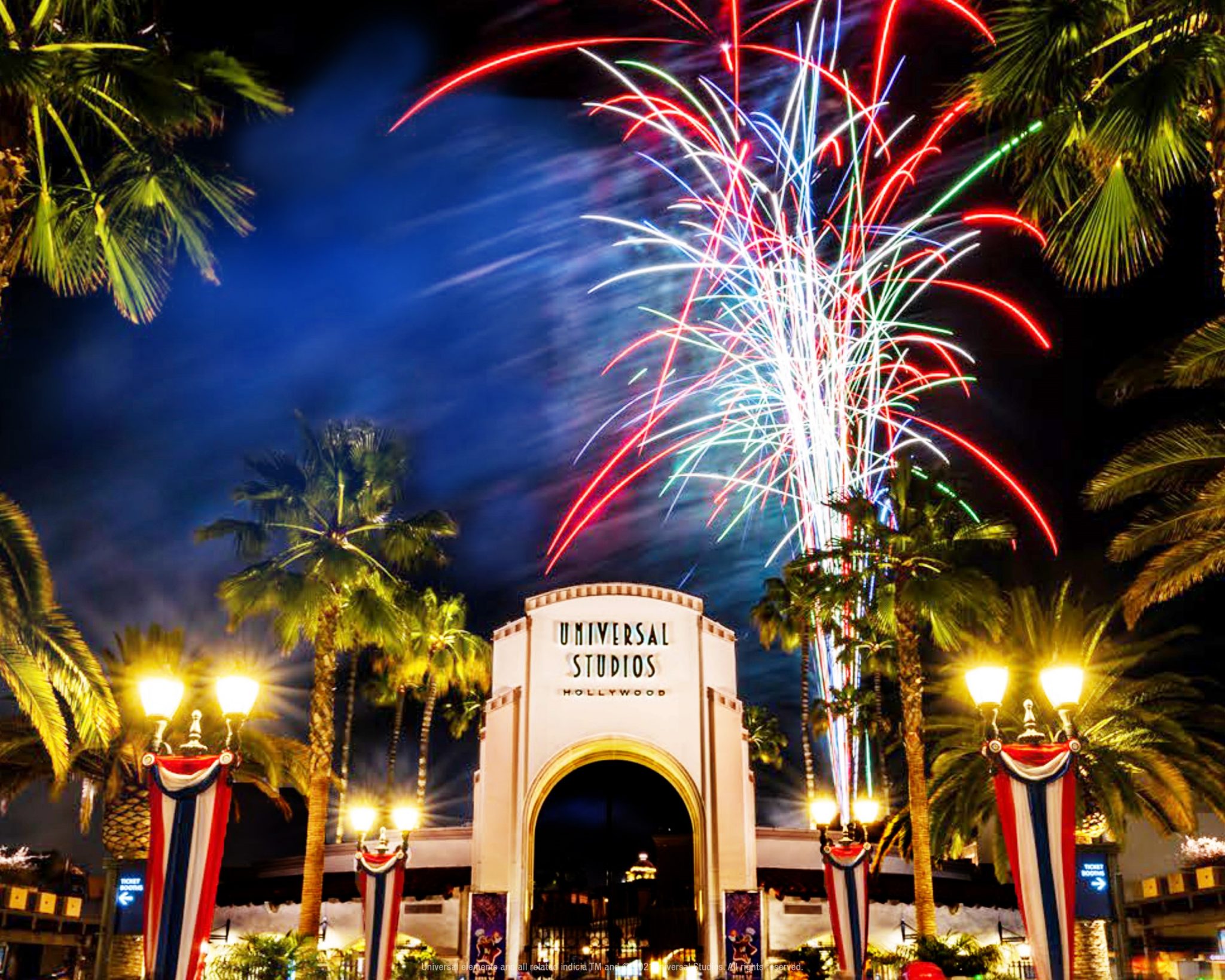 Firework shows at popular theme parks have largely been missing for the past year, with the exception to Universal Orlando, whose fireworks show returned in late 2020. As COVID-19 restrictions ease, fireworks have been returning to notable theme parks.

Universal Studios Hollywood is no exception. Although the park doesn’t have a regularly scheduled pyrotechnics display, the park will host its annual July 4th fireworks celebration at 9 PM to cap the holiday off. The display will be synchronized to a score of Universal-themed music as well as patriotic favorites.

The exhilarating energy of Independence Day will permeate the theme park as guests enjoy musical performances, along with popular rides and attractions. At 9:00 p.m., the holiday is capped off with the extravagant fireworks display synchronized to a score of Universal-themed music and patriotic favorites.

The festivities will punctuate the skyline as guests stroll along a cleverly themed Pets Place to the front of Katie’s NYC apartment building, home to the innovative “The Secret Life of Pets:  Off the Leash!” ride.

Only the deafening roar of the extraordinarily realistic Indominus rex dinosaur, featured in “Jurassic World—The Ride” could possibly drown out the fireworks display.

These new experiences are among the many attractions and themed environments at Universal Studios Hollywood available to help guests usher in a joyful Independence Day. Highlights include “The Wizarding World of Harry Potter™” which features a bustling Hogsmeade village and the critically-acclaimed rides, “Harry Potter and the Forbidden Journey™” and “Flight of the Hippogriff™”, “Transformers™:  The Ride-3D,” “Revenge of the Mummy:  The Ride,” “Despicable Me Minion Mayhem” and “Super Silly Fun Land,” and “The Simpsons Ride” located in “Springfield, U.S.A.,” home of America’s favorite animated family.

The theme park’s signature attraction and world-renowned Studio Tour takes guests behind-the-scenes of an authentic production movie and television studio where they can experience such thrill rides as “Fast & Furious—Supercharged” and “King Kong 360 3D.”

As a precursor to the evening’s pyrotechnics, “WaterWorld” is an exciting action show that involves hundreds of stunts and fiery special effects.