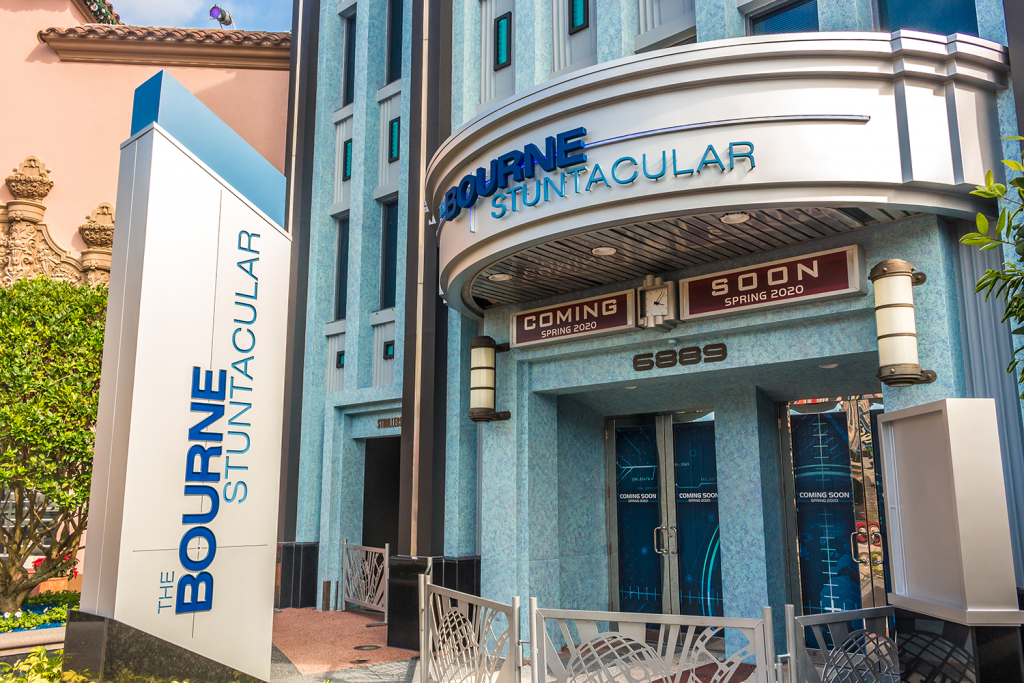 Nearly 3 months since theme parks around the world closed due to the Coronavirus pandemic, Universal Orlando has welcomed guests back to their resort. In the hiatus, quite a bit has changed around the parks. Some of this includes new safety protocols, ongoing ride construction, and even the debut of a brand new attraction. It is a lot to unpack, so let us take you through all the recent changes.

Universal Orlando has worked side by side with public health officials in Florida to create a safer environment for both guests and employees. Guests arriving at the park will have their temperature taken at the main parking garage or any of the lobbies of the on-site hotels. Any guest with a temperature over 100.4 degrees Fahrenheit will not be allowed into the resort. Universal has also placed markers on the ground six feet apart (about 2 meters) from one another to encourage social distancing. These can be found on pathways all around the resort, including the parks and CityWalk. Guests are also required to wear masks at all times, with the exception being at dining locations, designated rest areas, some water-based attractions, and on slides at Volcano Bay. Guests will also be given a squirt of hand sanitizer before boarding each attraction. Hand sanitizing stations can be easily located around the resort for guests’ convenience. All of this information and more can be found in the video below or by visiting universalorlando.com.

When we visited on annual passholder preview day earlier this month, all team members were very welcoming and knowledgeable on the new rules. Ride vehicles were wiped down after unloading and floor markings were places throughout attraction queues. Team members also were reminding guests to keep their masks on and over their nose. In regards to personal safety, we felt very comfortable and were pleased with how operations were handled.

Some other changes to note have to do with the Universal Orlando app. For contactless meal ordering, guests can place food and beverage orders via the app and will receive an alert for pickup when it is ready. This option does not cover all of the restaurants in the parks, but the ones that are featured are clearly marked. Adding your personal credit/debit card info into the app makes the process simple and efficient. Additionally, a majority of the attractions have the standard queue area, where guests simply hop in line to wait for a ride. Some attractions, however, are utilizing a virtual queue, which requires you to return to the attraction by a certain time. With the app, you can select the time and the size of your party to confirm your wait. Once completed, a QR code will appear, and this is what park employees use to allow you to get in line. We used this system for Revenge of the Mummy and Hagrid’s Magical Creatures Motorbike Adventure. Signs are located in front of each attraction that uses the virtual line feature.

Moving on to some attraction updates, a tremendous amount of progress has been made in several spots around Universal. The biggest changes lie within Jurassic Park at Islands of Adventure, where two experiences are either taking shape or have been unveiled.

First, a brand new location for Raptor Encounter is now complete. This new area, which replaced the original further down the pathway, is located between the entrance to River Adventure and the Pizza Predatoria quick-service restaurant. This sleek-looking paddock is equipped with a robust new entrance sign, very large “electric” fences, and the familiar face of Blue the Velociraptor. Blue isn’t alone, however, as a new baby raptor named Sierra has joined the experience. Some things to note are that all of the employees are sporting uniforms with the Jurassic World logo and the new films are mentioned several times in the queue. Additionally, the fresh color palette of the Raptor Encounter seems to borrow influence from the Jurassic World films. This could be the start of a land transformation into Jurassic World, but we will have to wait and see.

Elsewhere on the island, work has been ramping up on the new Jurassic coaster, which has found its home sprawled out over several areas. The most notable section of the coaster is out over the central lagoon of the park, where massive pieces of track have already been installed. The all-black structure towers over everything in the surrounding area and can be seen well before entering Islands of Adventure. The final half of the ride rises high up into an element known as a top hat then dives down in front of the iconic Discovery Center. It then crosses over the bridge to The Lost Continent several times before heading back and inverting just feet above the park’s lagoon.

This coaster is well on its way to its rumored opening of spring 2021 and is believed to be themed to Velociraptors. Upon opening, this dual launched coaster is expected to be one of the more intense attractions at Universal Orlando. Below, our friend Amusement Insider created a mockup of the coaster based on current construction patterns.

Finally, over at Universal Studios Florida, the long-awaited opening of the park’s new stunt show, The Bourne Stuntacular, is here. The live-action show opened to guests during a technical rehearsal period on Sunday, June 14th. The experience follows the infamous spy-assassin Jason Bourne on a thrilling journey across the globe where he faces conspiracy and threats at every turn. Using a state-of-the-art LED screen, harrowing stunts, and moving set pieces, guests are thrown right into the heart of the Bourne series and smack in the middle of the action.

The show has received rave reviews upon its opening, with many praising its stunning effects and action. As of the time this article was written, The Bourne Stuntacular is running continuously throughout the day and is still under its soft opening phase, meaning some of the effects may not be 100% operable. The park is expected to officially open the show in the coming weeks. We will post our official breakdown of the show soon.

That wraps up our June update from Universal Orlando. As the global situation shifts, we will continuously update you on any changes that may arise. Until then, stay tuned here at WOU for theme park and entertainment news.