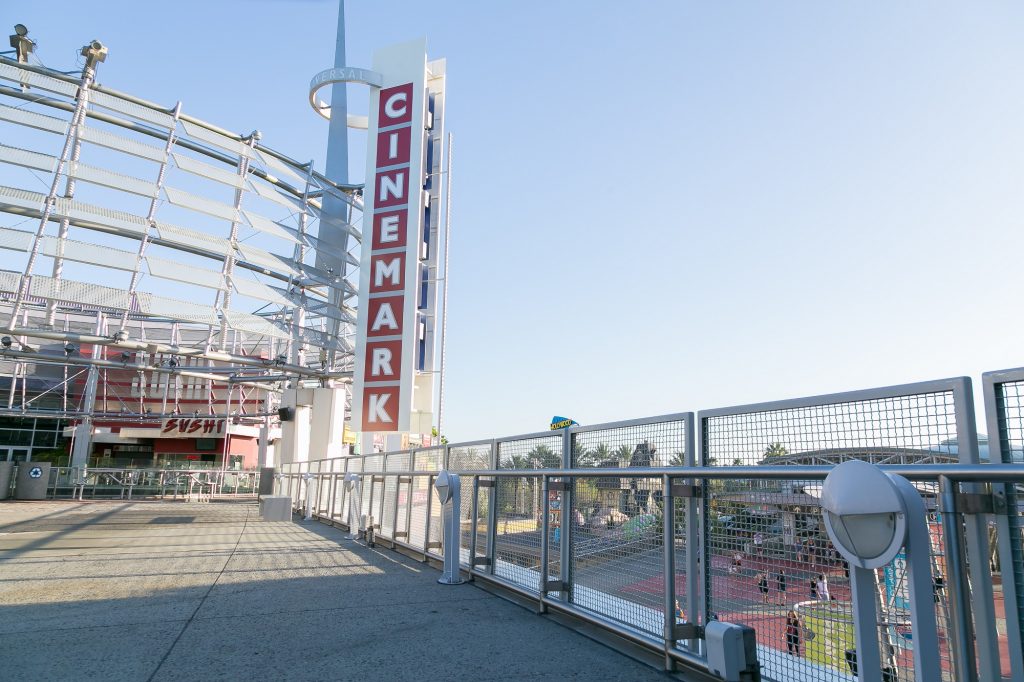 Universal Orlando is bringing new additions to the CityWalk entertainment complex and Islands of Adventure. At CityWalk, Emeril’s Orlando closed its doors in July, and Universal is now working on replacing it with a new business. Additionally, Universal Orlando recently ended its relationship with AMC Theaters and partnered with Cinemark to rebrand its on-site movie theater. At Islands of Adventure, work continues on the Harry Potter roller coaster, and major changes are evident. 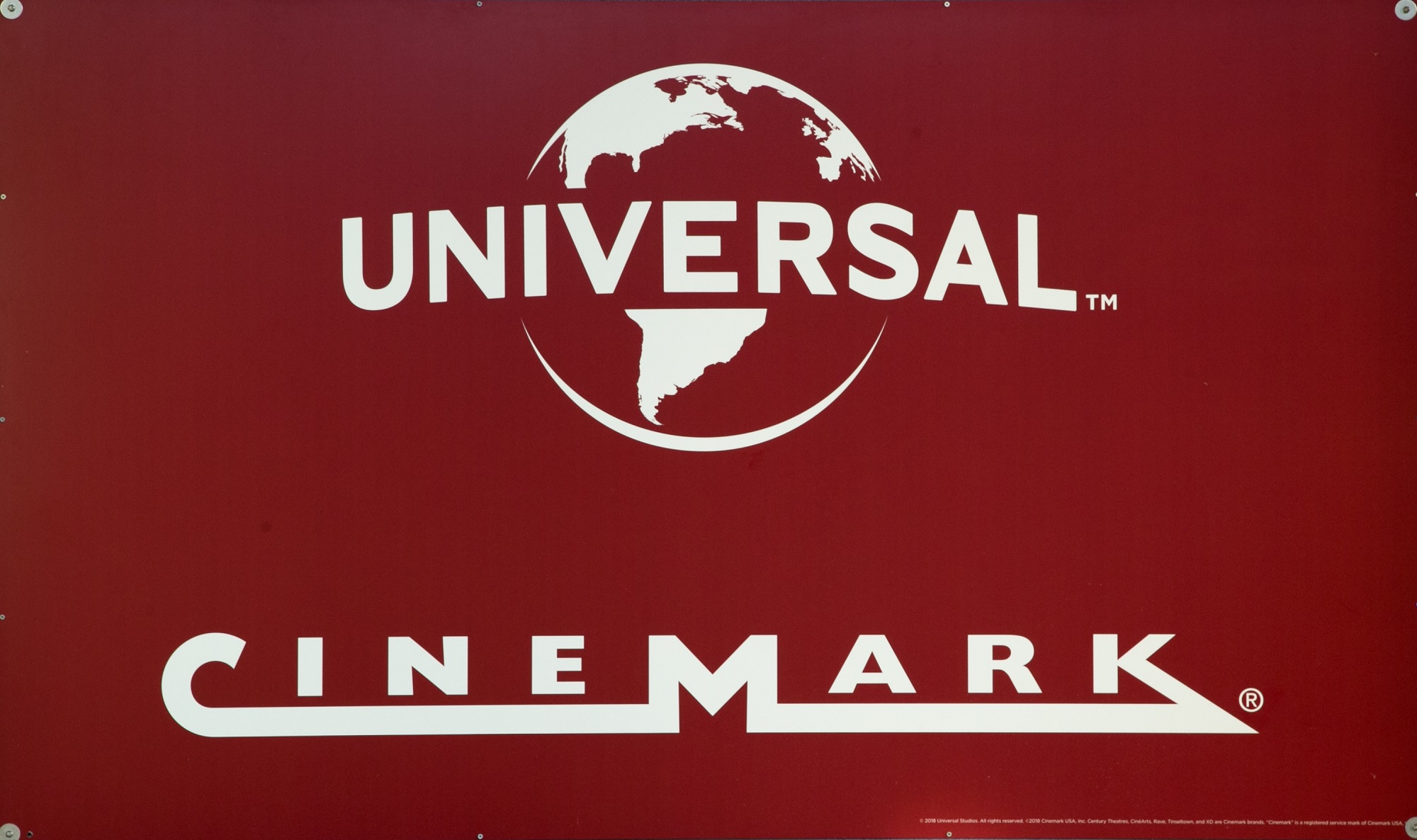 Universal Cineplex has been rebranded as Universal Cinemark; the name change was made official on September 15th. This transformation brings new luxury loungers with extendable footrests, XD auditoriums that introduce expansive wall-to-wall screens as well as custom-engineered surround sound and state-of-the-art projection systems, and more. 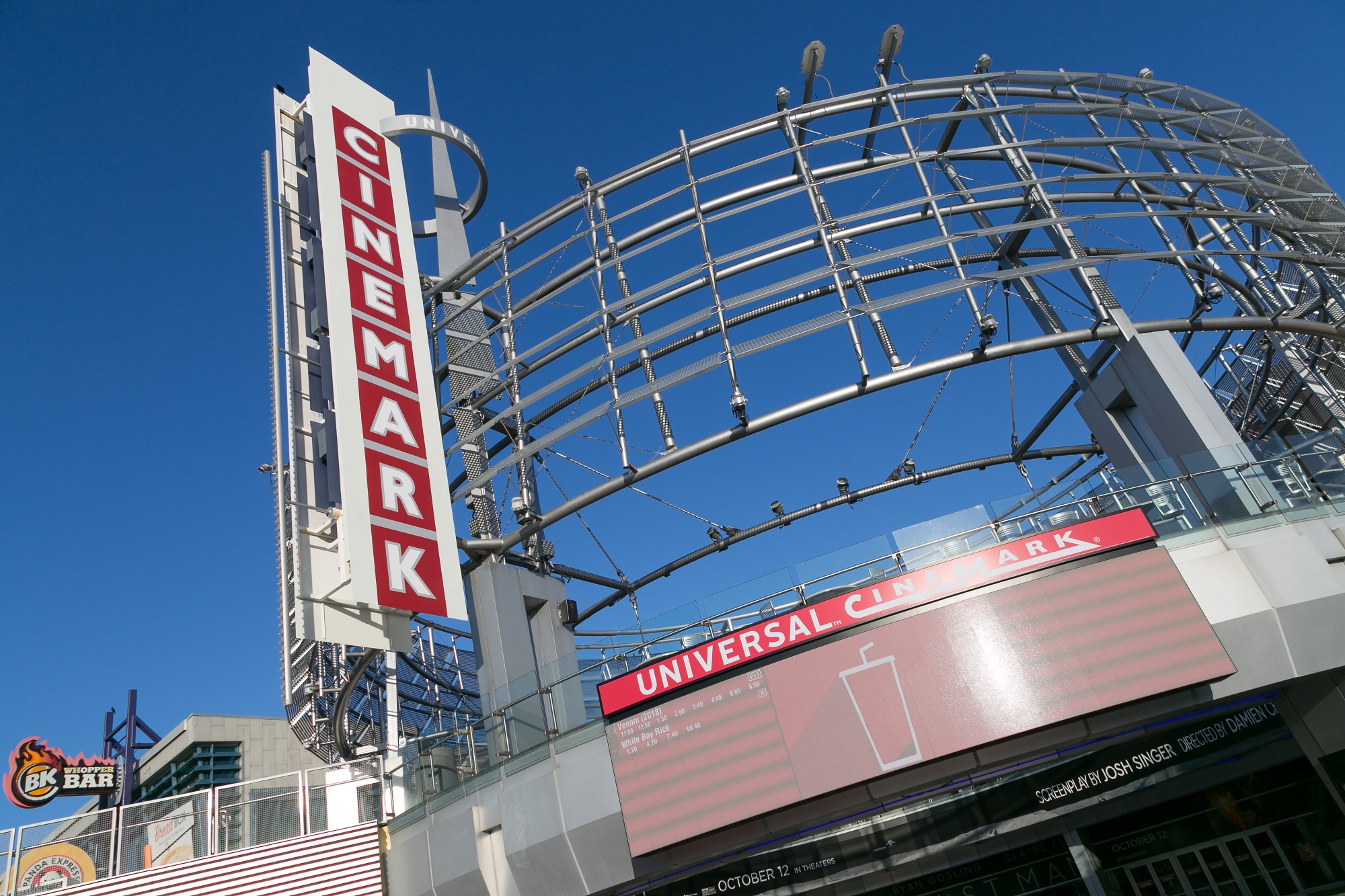 As we move further down the main path at CityWalk, we come across the former site of Emeril’s, which is entirely behind construction walls. 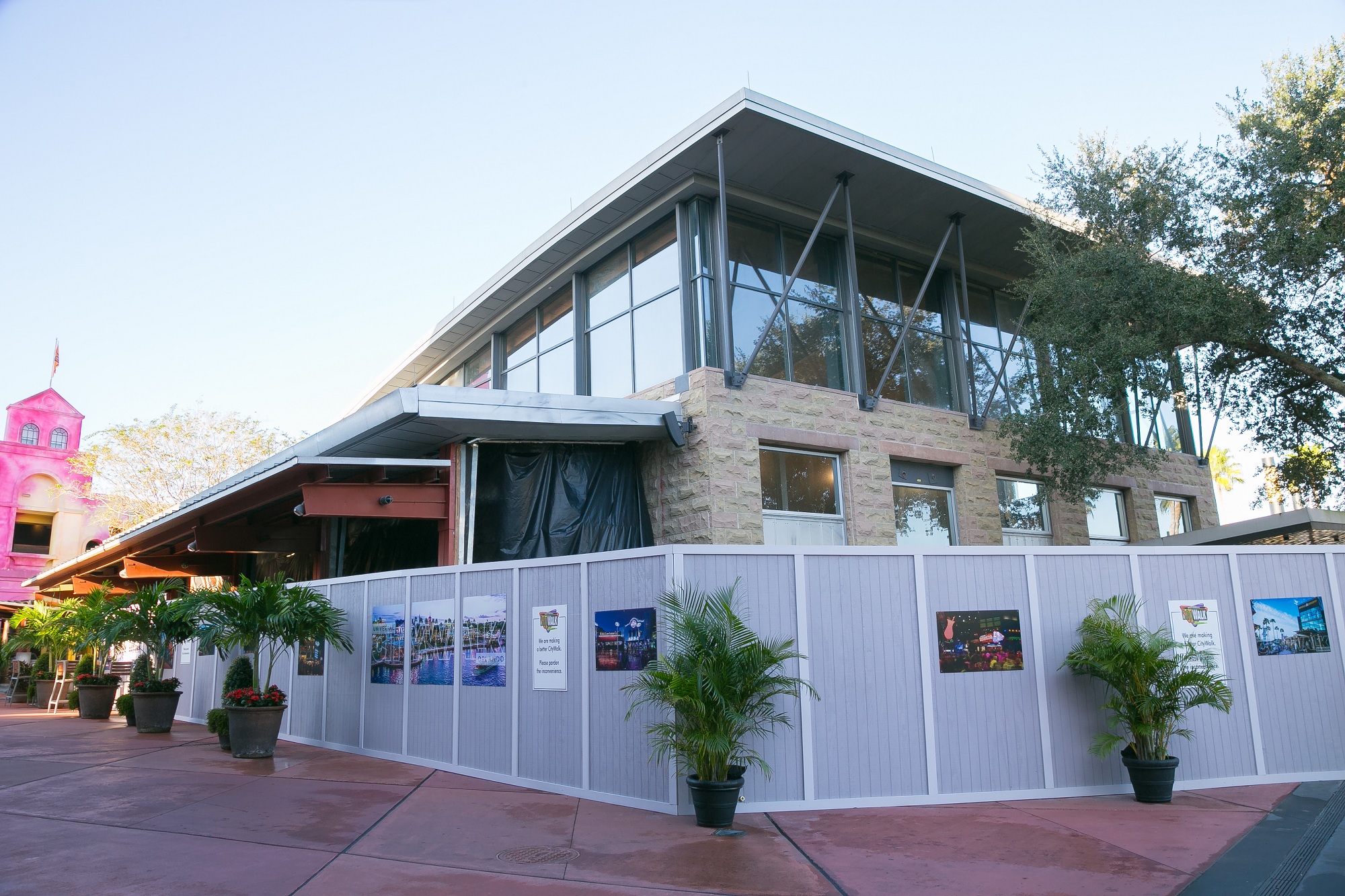 Emeril’s was a staple restaurant at CityWalk. The restaurant opened alongside the complex in 1999. 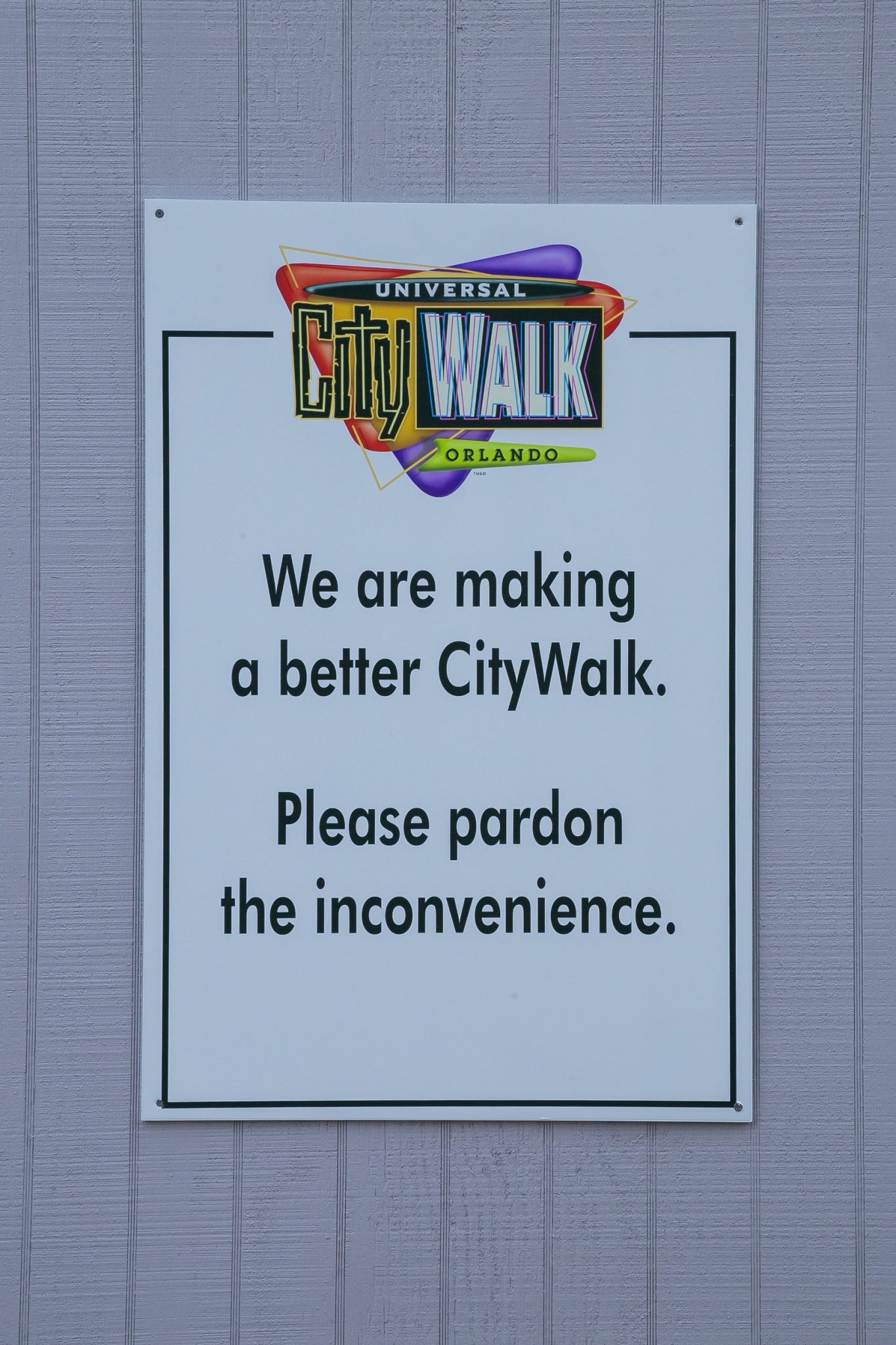 Universal Orlando has not yet announced any plans for the location, but work is ongoing. Taking into consideration that recent additions at CityWalk have been dining locations, a new restaurant can be expected. 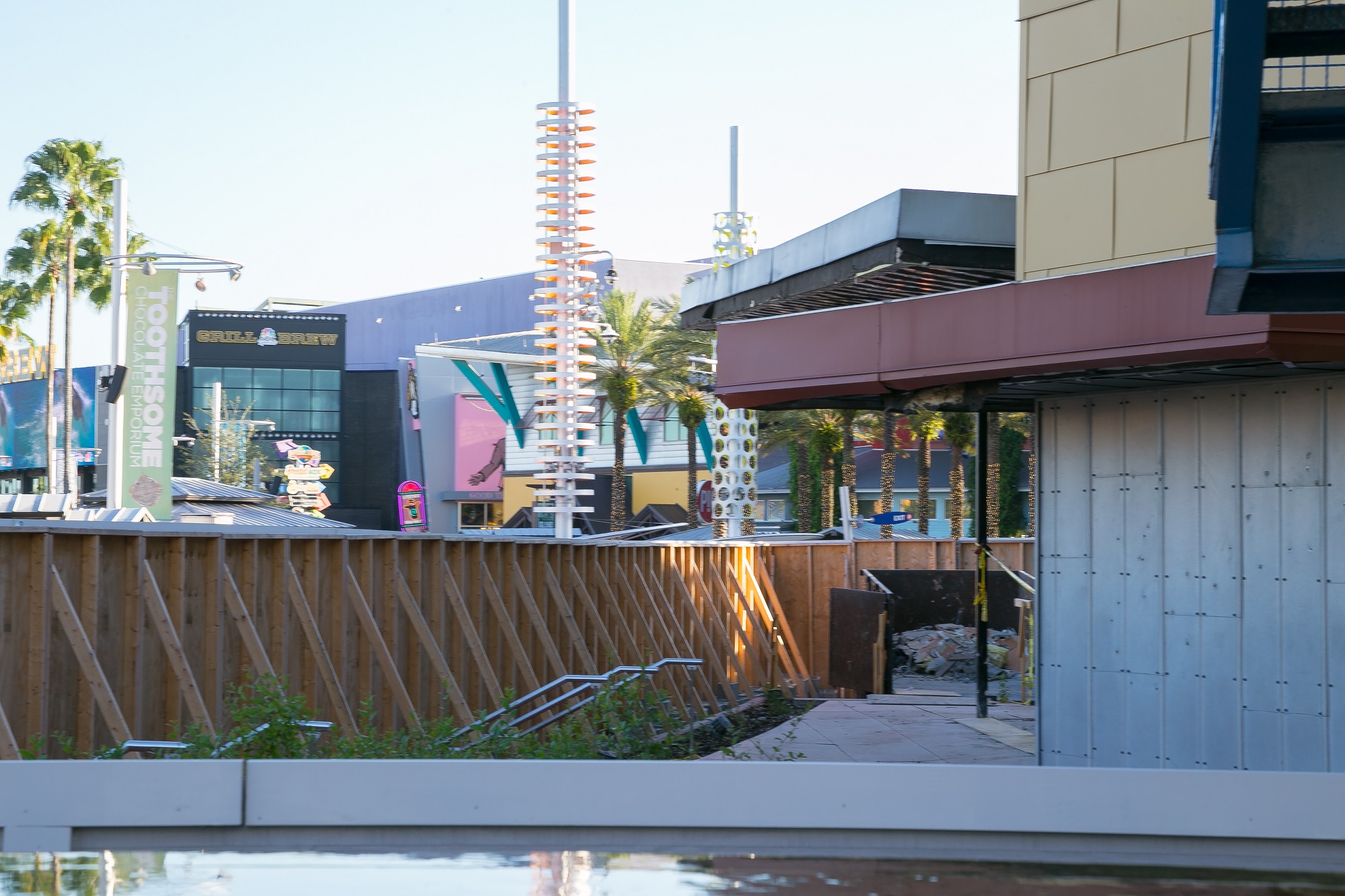 The above image slightly shows work occurring behind the construction wall, but not much is visible from this vantage point. A majority of the work is taking place inside the structure. 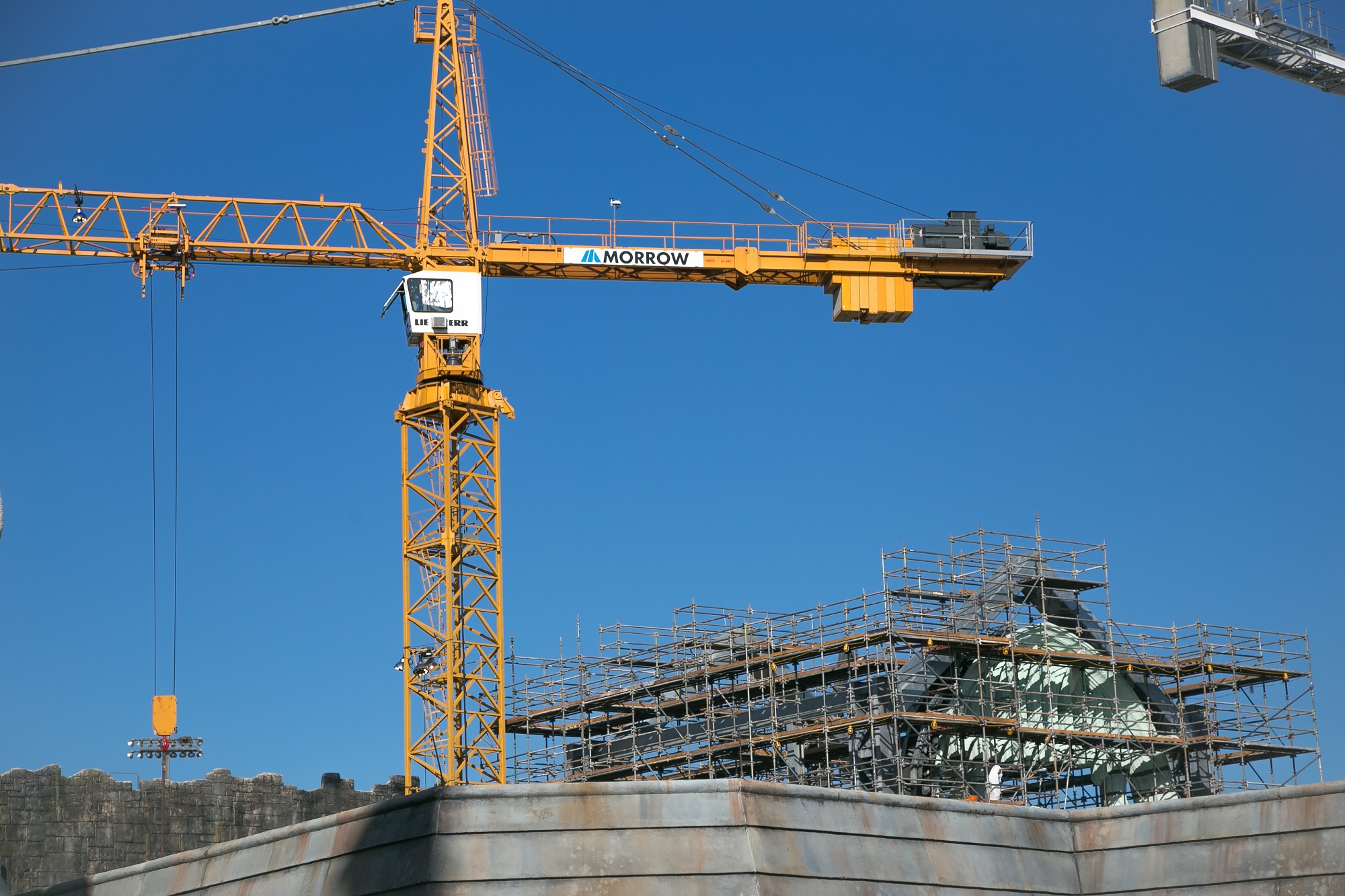 The photo above shows the erection of a fairly new structure for the brand new Harry Potter roller coaster set to open in Islands of Adventure next year. 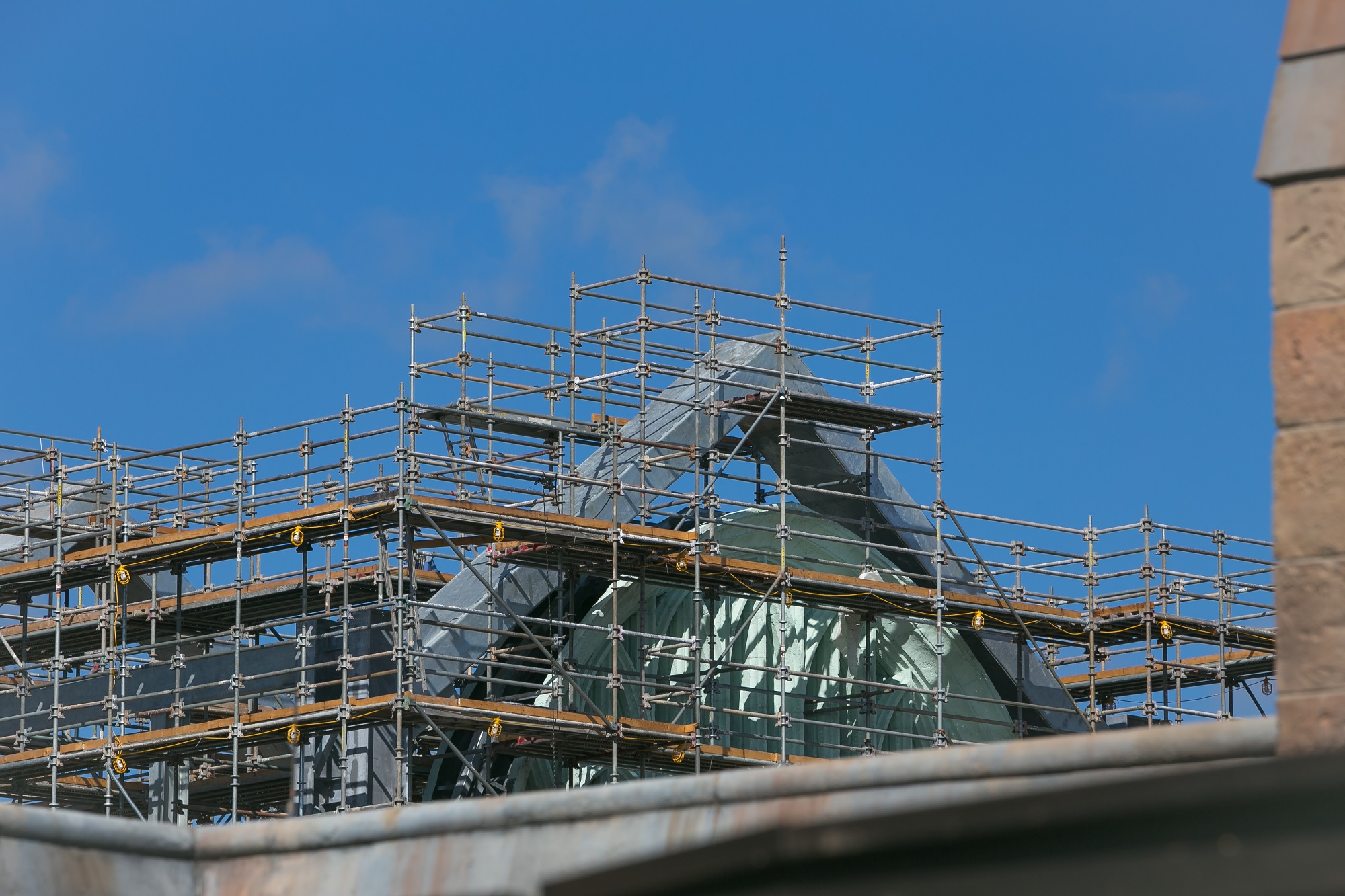 It’s unclear what the structure will resemble, but it’ll play a role in the coaster’s storyline. It should be noted that this will not be an all-indoor roller coaster. The attraction will take riders into multiple buildings as well as outdoors. 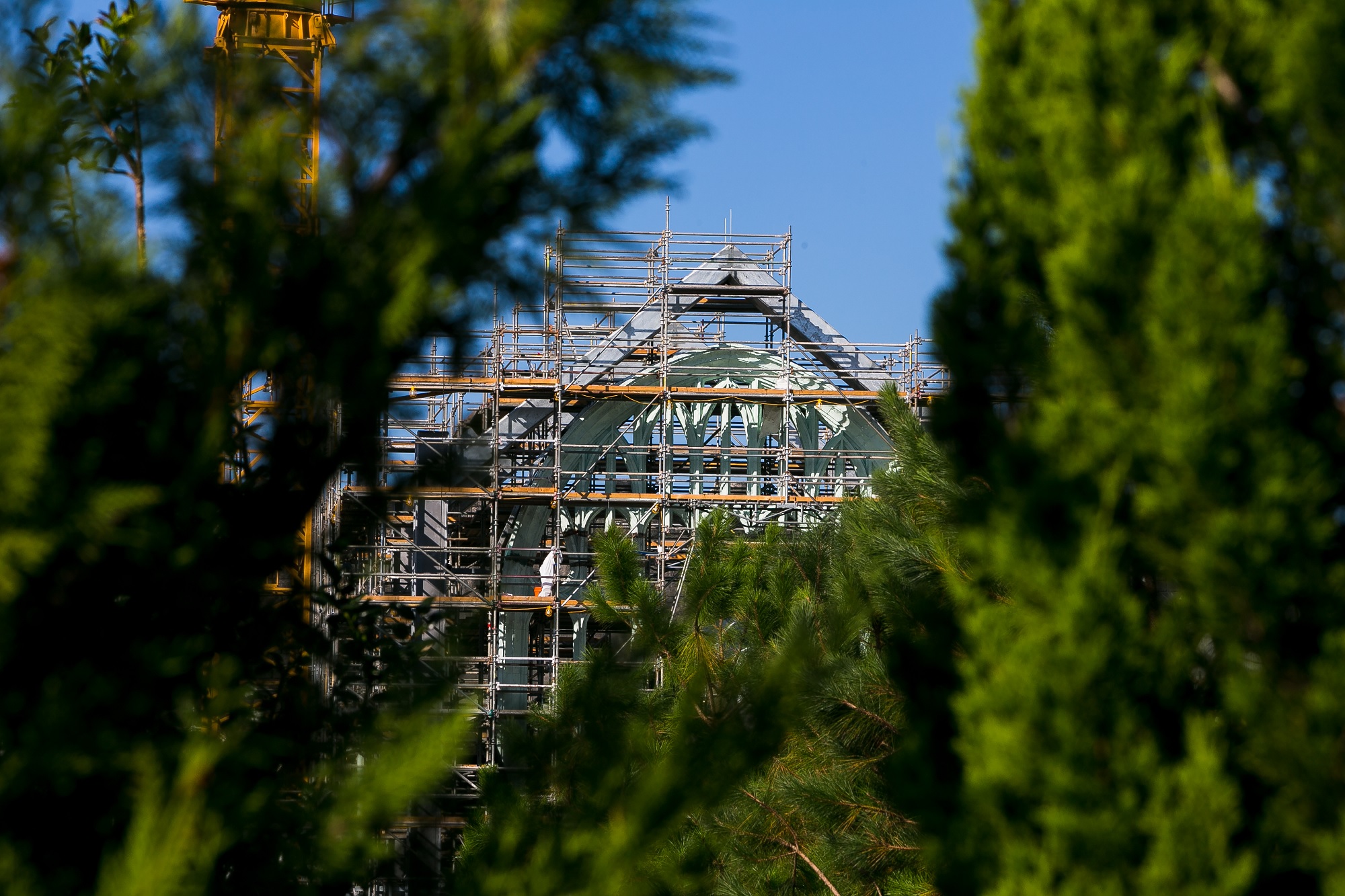 The new Harry Potter ride will feature multiple launch sections and a reverse section. According to an announcement released by Universal in 2017, this coaster will blend storytelling with an action-packed adventure. Universal claims that this will be one of their most highly-themed coaster experiences. 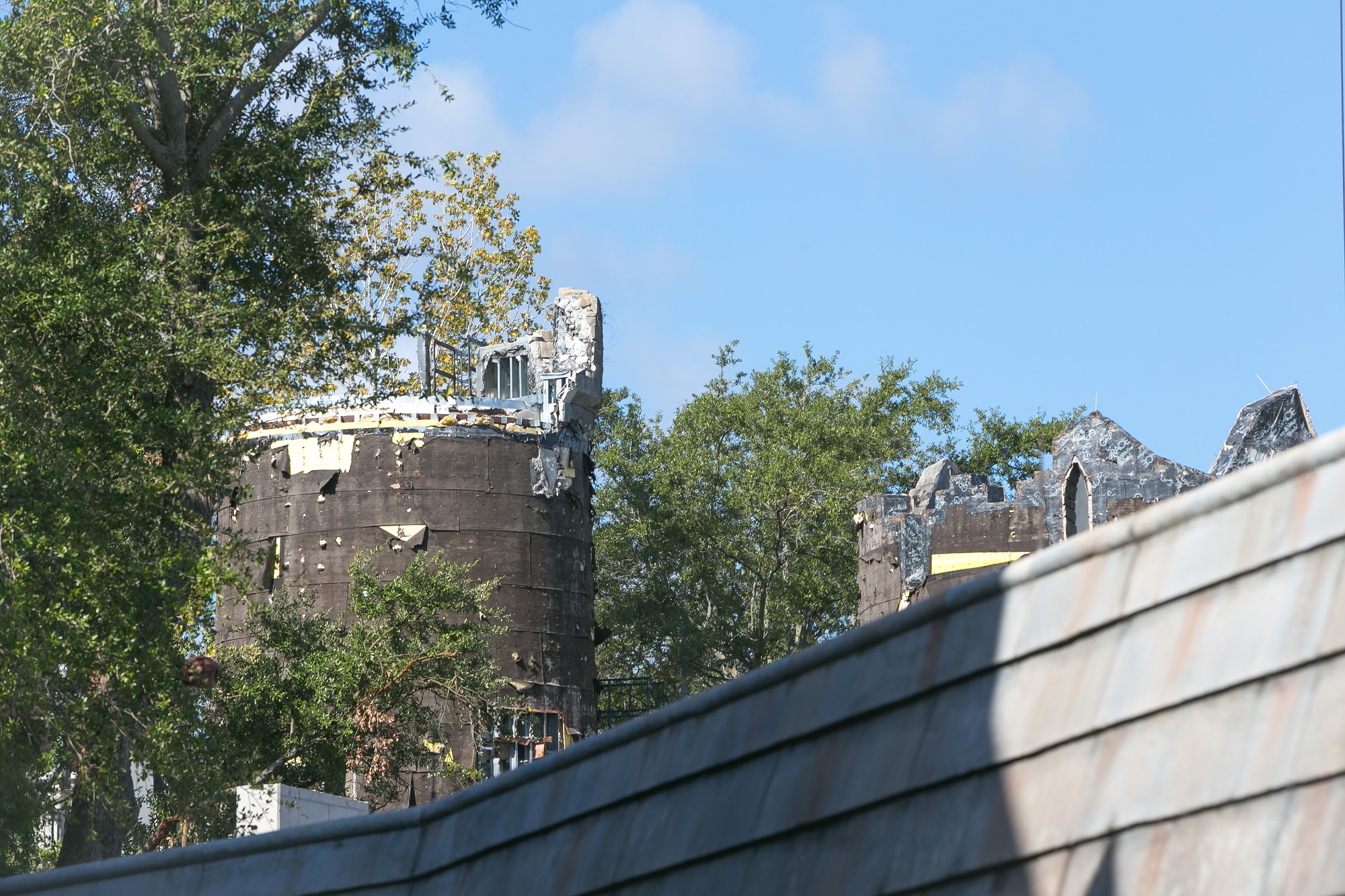 Although this new experience will reuse the loading/unloading station for Dragon Challenge, the above photo shows the facade of the turrets from the building being completely stripped of their theming. The image below shows trees being adding to the site. 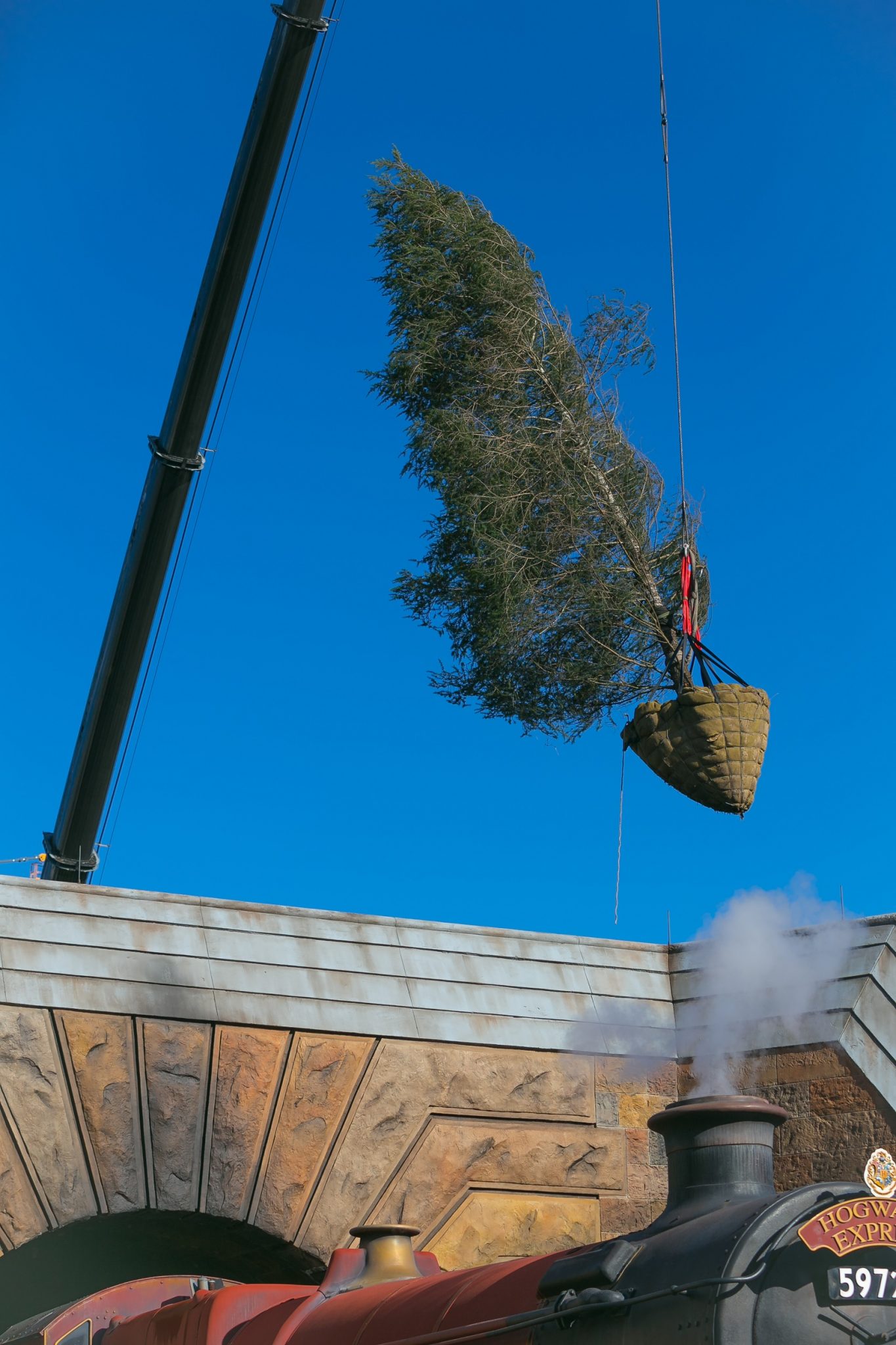 This concludes the construction update for Universal Orlando. Stay tuned to worldofuniversal.com for additional photo updates and theme park news.

After moving to Florida in 2002, Ernie was bitten by the theme park bug. He enjoys visiting theme parks weekly to experience new developments and also to find new ways to appreciate the classics.