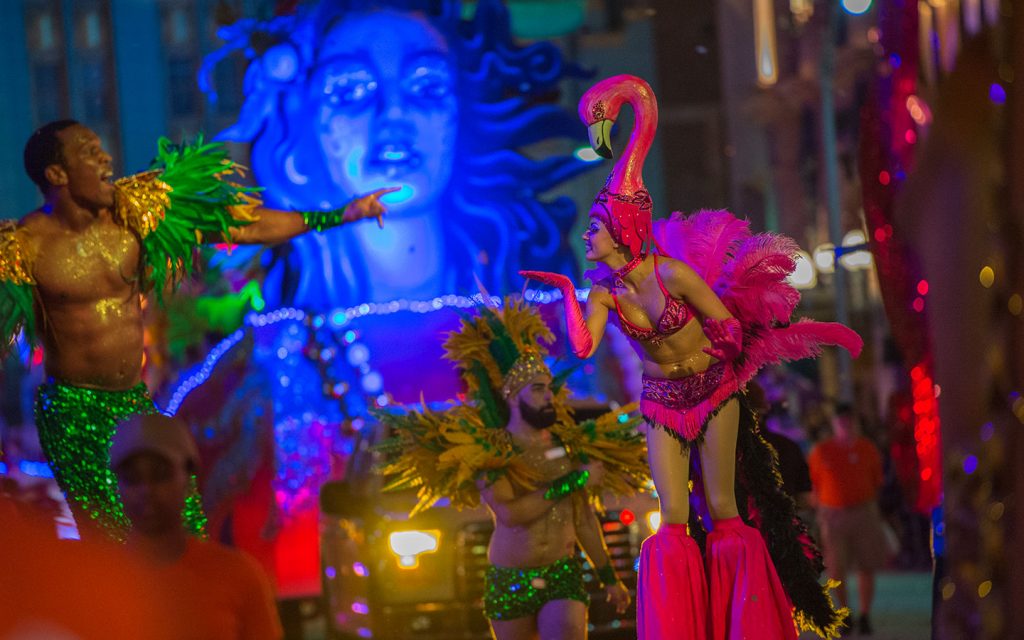 Universal Orlando’s Mardi Gras celebration returns in February with adjustments due to COVID-19.

This year’s event, called Mardi Gras 2021: International Flavors of Carnaval, will feature more than 70 dishes and beverages inspired by iconic Carnaval festivities around the world, according to Universal Orlando’s announcement. Although this year’s event will not feature its annual parade, the Universal Studios Florida theme park will be decked out in vibrant decor and a fleet of Pirate Treasure themed floats in addition to a collection of Universal’s classic Mardi Gras floats will be stationed throughout the park to provide guests with an up-close look. Additionally, guests can enjoy street entertainment, including dancers, stilt performers, brass band musicians, and more. Universal will also introduce a new Mardi Gras Tribute Store.

A few of the Carnaval flavors and Cajun fare include:

To view a full list of dishes and drinks available, click/tap here.