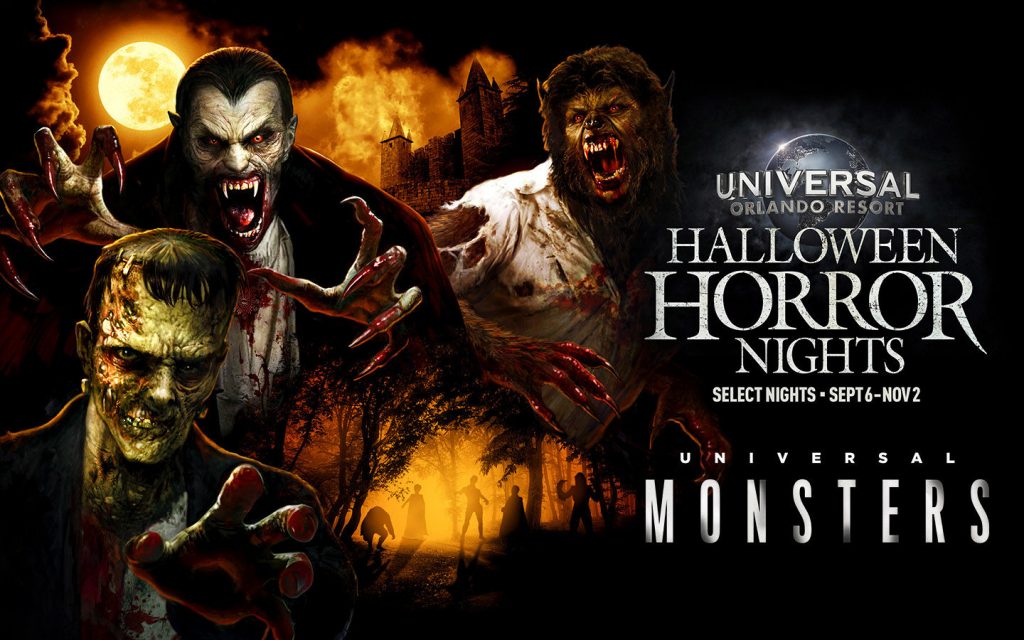 Universal Pictures’ iconic monsters will be featured at this year’s Halloween Horror Nights event in Orlando in an all-new house that pits you against the movie studio’s most well-known creations, including Dracula, the Wolfman, Frankenstein, and more.

Throughout the house, you’ll traverse each monster’s domain, encountering Dracula in his gothic castle, the Wolfman in a dark Bavarian forest, and facing the horrors in store from the Creature of the Black Lagoon, the Mummy, and more.

The Universal Monsters is a rich part of Universal’s history, dating back to the 1920s with the release of The Phantom of the Opera and The Hunchback of Notre Dame. The Monsters played a leading role in Universal Pictures’ rise, making it a superb choice for this year’s event. Additionally, the success of the house featured at Universal Studios Hollywood’s event last year shows the Monsters’ popularity even today.

This year’s Halloween Horror Nights event at Universal Orlando is scheduled to run on select nights from September 6 through November 2. For a limited time, you can purchase a night and get a 2nd night free. Tickets are available at orlando.halloweenhorrornights.com.