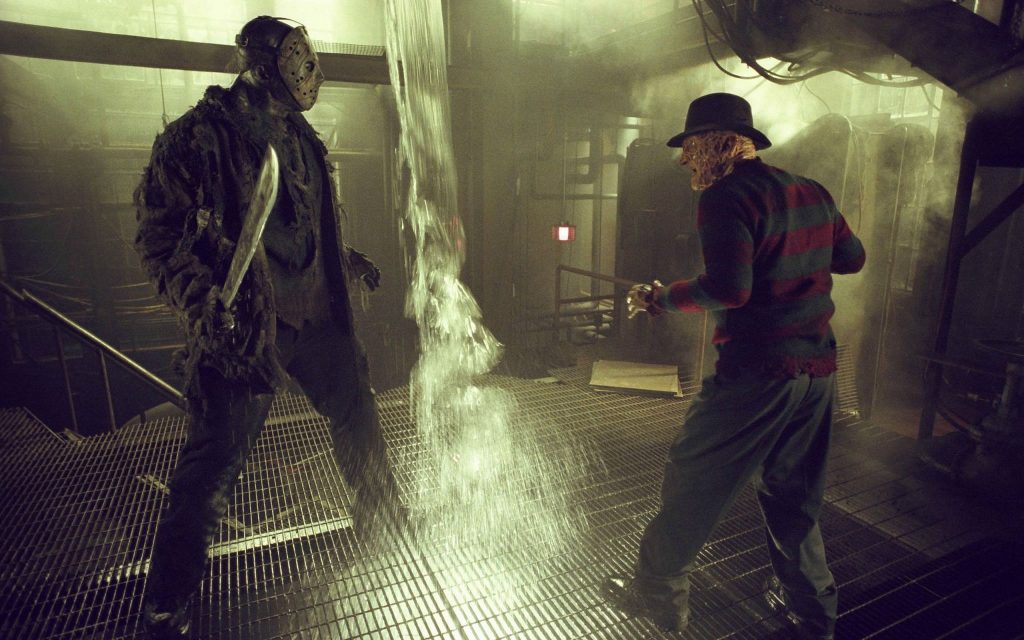 Freddy vs. Jason
Universal Studios Hollywood’s Freddy vs. Jason house will feature the iconic Freddy Krueger, who has returned for revenge on the people of Springwood though this time accompanied by Jason Voorhees, an infamous hockey mask killer, to impose terror; guests will be immersed into the intense battle in which the fate of only one killer will survive. The haunted house is inspired by the 2003 Freddy vs. Jason film released by New Line Cinema.

The Texas Chainsaw Massacre: Blood Brothers
Based on Tobe Hooper’s original film, guests will be pit against the unsavory wrath of the demented killer, Leatherface, and Chop Top, his mentally unhinged brother, as they join forces to expand the family’s cannibalistic enterprise and slaughter a new generation of victims. With the perverse duo at the helm of a grotesque BBQ restaurant staged inside a dilapidated roadside gas station, unwitting guests will soon realize that new terror awaits as the blood brothers continue their hedonistic prey on human flesh.