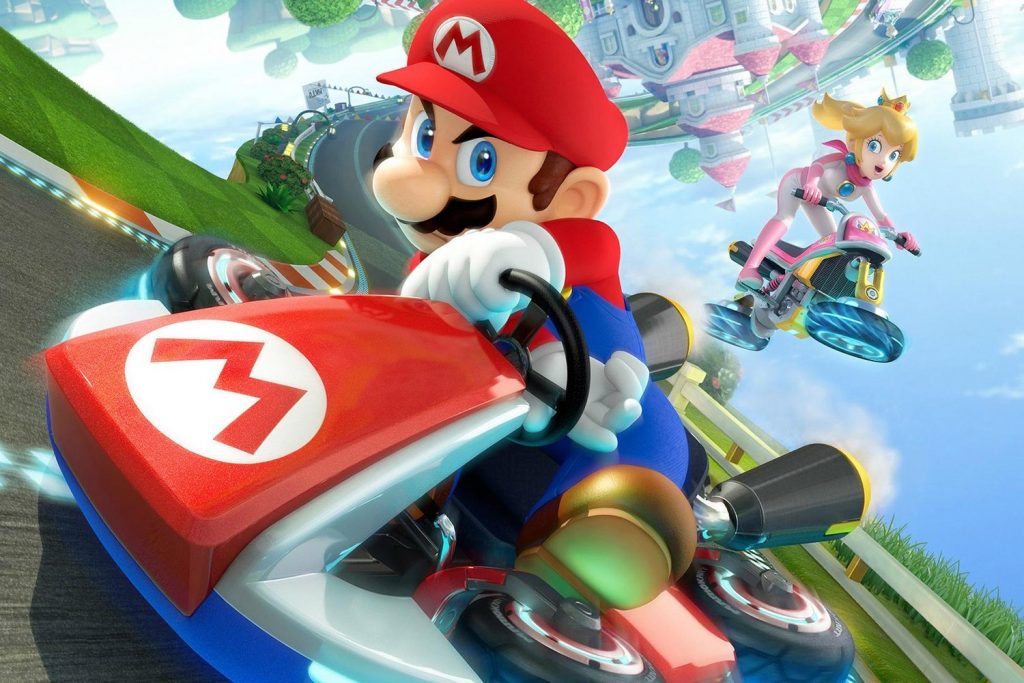 “In one embodiment, a ride system includes at least one ride vehicle . . . configured to receive a ride passenger.” The ride system includes electronic goggles for passengers to wear (as previously described). These goggles are equipped with a camera (the camera will be used to help display images of a real-world environment) and a display. In addition to this, the system includes a computer system communicatively coupled to the goggles to generate virtual augmentations in conjunction with the video captured from the goggles, which will then be used to show to guests wearing the electronic goggles.

The patent’s other embodiments describe the system’s overall technology using examples of different techniques in which they can be used or activated.

The above image shows an embodiment of an amusement/theme park that includes one or more attractions “in accordance with the present embodiments.”

The image displayed above shows the augmented reality/virtual reality goggles described in the patent. Numbers 40 and 42 in the image are the approximate locations that the cameras will be placed in order to correspond with the passengers’ respective points of view. Number 37 and 38 illustrate “a see-through LCD or a see-through OLED display” that will be used to show riders the real world and augmented reality/virtual reality images” all while “preserving the ability to see through the . . . displays.”

In addition to displaying images, the system is also capable of triggering sound effects, scented effects, and more in correspondence with the appearances of the images.

The system explained in this patent allows guests to experience a blend of real-world images with virtual images that are not actually in existence; this opens a new way to immerse guests into experiences like never before. The patent does not reveal information about which attraction or IP this system can be incorporated into, but rumors have circulated that Universal’s upcoming Mario Kart attraction may use augmented reality. However, this system can also be used for rollercoasters. It should be noted that Universal has not confirmed if this system will be used in any upcoming developments for their theme parks.