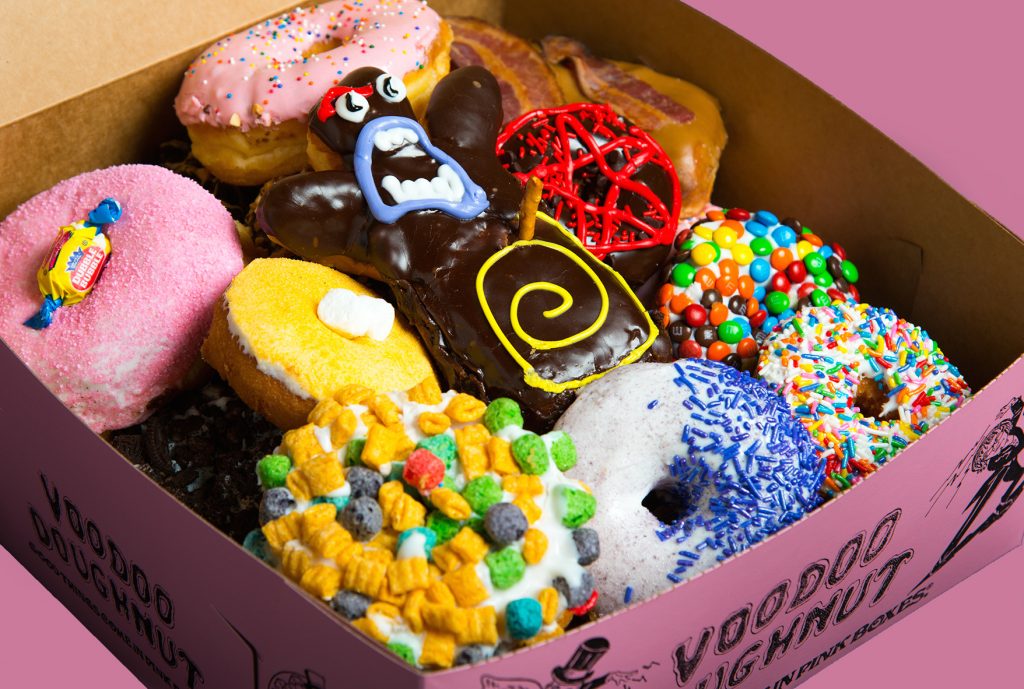 Universal Orlando will open a brand new store in its CityWalk entertainment complex that specializes in unique doughnut creations. The store, called Voodoo Doughnut, is set to open this spring in the former Element store, located next door to NBC Sports Grill & Brew.

Voodoo Doughnut originated on the west coast of the U.S., and this location will be the first on the east coast of the country. Voodoo Doughnut is popular for its creative take on an American favorite—doughnuts. Here, you’ll have the chance to purchase signature originals and one-of-a-kind delectables, such as the Dirt Doughnut, the Bacon Maple Bar, Grape Ape and, of course, Voodoo Doll doughnuts.