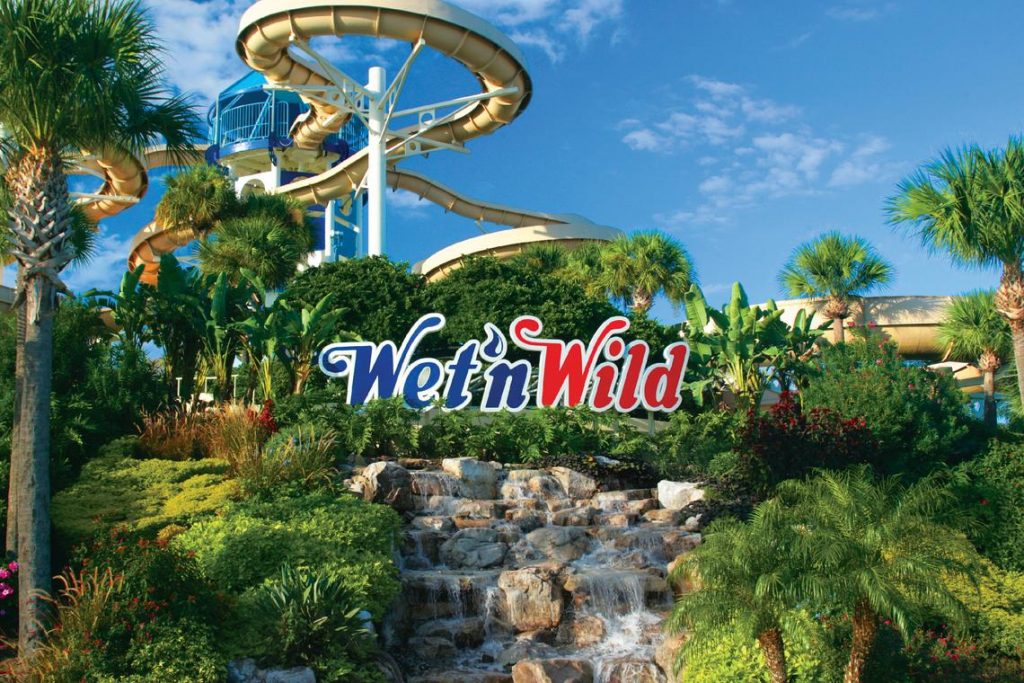 The Future of Wet ‘n Wild

Wet ‘n Wild has been a staple of the Orlando community for nearly 40 years, entertaining generations of families from all over. The park closed its doors forever this past December, and within a day, all signage was removed, and the property was walled off by fences sporting the Universal Orlando Resort logo (the signage has since been removed). Universal has been hard at work preparing their new water theme park Volcano Bay, making Wet ‘n Wild more and more obsolete as time went by. With the haste in deconstruction, the resort has shown after closing the water park, people can only speculate what is soon taking its place. Many rumors have been floating around regarding the future of Wet ‘n Wild, so in this article, we will break down the likely candidates for projects Universal may develop.

Additional Hotel(s)
Ever since Comcast took control of the Universal park chain, many projects have come swiftly for guests to enjoy. In Orlando, new attractions, themed lands, restaurants, and hotels have all been added in the past few years. As the crown jewel of the Universal parks, Universal Orlando has seen the most expansion, causing attendance to spike in recent years as a result. This has lead to a boom in the growth of hotel rooms on the property. Sapphire Falls, the Cabana Bay tower expansion, and the new Aventura Hotel have all come within a few years of each other, showing the need for additional rooms.

Wet ‘n Wild is close enough to the actual resort boundary that a hotel isn’t that far out of the realm of possibility. What kind of hotel could grace this piece of property? The most likely choice is one that is value priced. The land used for Wet ‘n Wild is still at least a bus ride away from the parks, and the area it is in is surrounded by more affordable hotel options. Perhaps Universal can create a value property that would be comparable in price to Cabana Bay, making it attractive to families. Considering the property does include a lake, which Wet ‘n Wild used for water skiing, a boardwalk or some variation of waterfront theming can be implemented for this potential hotel, but this is only a thought. One rumor suggested that a hotel on Wet ‘n Wild’s land could be around 4,000 rooms, making it double in size to Universal’s largest hotel. Something that massive would be impressive and very different from the other on-site lodging options.

Transportation Center
As we near the inevitable construction of Universal’s third theme park (located on a recently purchased 450-plus acre piece of land just south of the current resort), infrastructure will need to start shaping up pretty quickly. As of right now, the current resort does not have any sustainable system to transport guests to another location outside of the bus line that connects the hotels to CityWalk. For a journey that is a few miles away, Universal is likely looking into some from of transportation line (monorail, etc.) to connect their new property to their current one. The construction of a brand new transportation center would be the first step in preparing a new park. Perhaps if a new hotel does go on the Wet ‘n Wild site, then work can begin on a new area that can connect all three locations. Having a center away from the current parking garages gives the Universal team more room to work with, and the gap in the three areas would make Wet ‘n Wild the perfect middle stop for guests traveling to and from the new property. Something like this could go on the parking lot adjacent to Wet ‘n Wild; it could feasibly still be under construction even while a new hotel opens.

Additional Attraction
This third choice is considered more of a rumor than the other two, as it has much less evidence to back it up, but it is still a possibility that a new attraction can pop up in this location. Universal previously showed opposition to the Skyplex Polercoaster concept, which will become the world’s tallest rollercoaster once completed (the proposed project also includes shops and eating establishments), that was trying to make its way into the local area. While initial speculation as to why Universal was against the idea revolved around sight lines in the parks (being able to see the tower while walking around either park), newer rumors point to a different reason: the location is not that far from the Wet ‘n Wild property, making it more of a competition to anything Universal tries to build nearby. It’s close enough to the parks to be included in the resort boundary but just far enough away to have its own smaller scale attraction. Perhaps Universal is looking into its own form of attraction to entice guests to spend time in this new location. This could be anything from a shopping center to an upscale attraction (e.g. a Characters in Flight style attraction like at Disney Springs).

Universal is wasting no time working on the next big expansion to the resort. In the next few months, what is left of Wet ‘n Wild will be torn to the ground and construction can start on this new project. All three concepts are actually very possible, and we can start seeing how the future of Universal Orlando will shape up very soon. Whatever does come in this plot of land won’t be until 2019 or 2020 at the earliest, so we have something to look forward to in the foreseeable future. Be sure to stay locked here at World Of Universal for more updates on the future of Wet ‘n Wild.