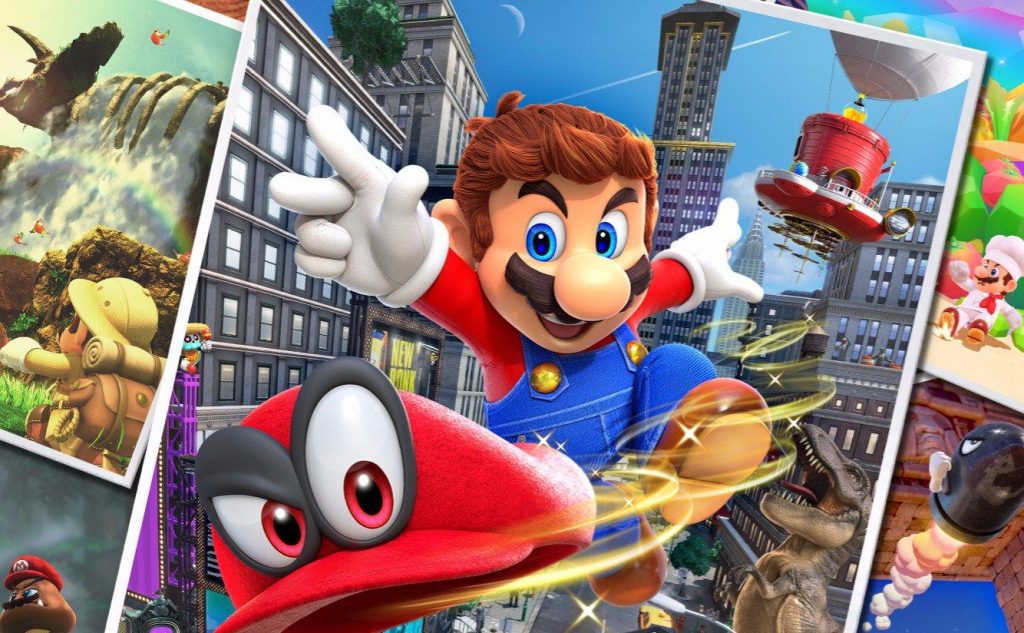 The latest installment in the Mario franchise, Super Mario Odyssey, takes players to exciting locations in new and familiar ways. This kingdom-trotting adventure for the Nintendo Switch has taken the world by storm with its unique gameplay and breath-taking visuals. With places to explore, moons to collect, and costumes to purchase, gamers are in for a real treat.

The story begins with the expected Peach kidnapping but quickly takes a turn when Mario is defeated by Bowser and falls from an airship. As Bowser and the Princess head off to be wed, we find our hero in the Cap Kingdom. There, we meet his new companion, Cappy, whose sister was also kidnapped by Bowser to be used as a tiara in the wedding ceremony. Mario sets off on a quest of epic proportions to save his loved ones from the menacing Bowser. During the journey, you will come across various kingdoms, each with its own unique look and style. Some notable kingdoms include the Sand Kingdom, home to inverted pyramids and interesting locals; the Luncheon Kingdom, where oversized food and living forks reside; and the Metro Kingdom, a sprawling city landscape filled with taxis and skyscrapers. Throughout the kingdoms are Power Moons, which you will need to locate within the free-roaming worlds in order to power your ship. This leads to hours of searching, exploring, and overall fun!

The transition from the standard platformer to an open world environment works incredibly well for Odyssey. The new mechanics feel extremely comfortable for those who are used to Mario’s more traditional 3-D and 2-D platformers.  The addition of the Cappy feature also feels casual yet very inventive. With Cappy, you can throw him to break items, to create a platform to jump on, and even take control of various objects. You can control things from Bullet Bills to manhole covers and even a T-rex. Plus, Odyssey has made a great improvement in the graphics for the series; they are now detailed enough to where you can spot the stitching in Mario’s overalls and the hairs in his signature stache.

One of the best aspects about Odyssey has to be all the callbacks to previous titles and moments in the franchise. The many outfits you can unlock all come from previous looks including former games, memorable characters, and even bizarre advertisements and promotions from years past. Some familiar faces that are encountered during the adventure include Captain Toad from Super Mario Galaxy and Pauline from the Donkey Kong arcade game. Best of all, upon finishing the story, you unlock the Mushroom Kingdom, which is stylized after the one found in Mario’s first 3-D adventure, Super Mario 64.

Super Mario Odyssey is a welcomed game for both fans and newcomers alike. It has the perfect blend of new ideas and classic roots to make it a solid trip from beginning to end.