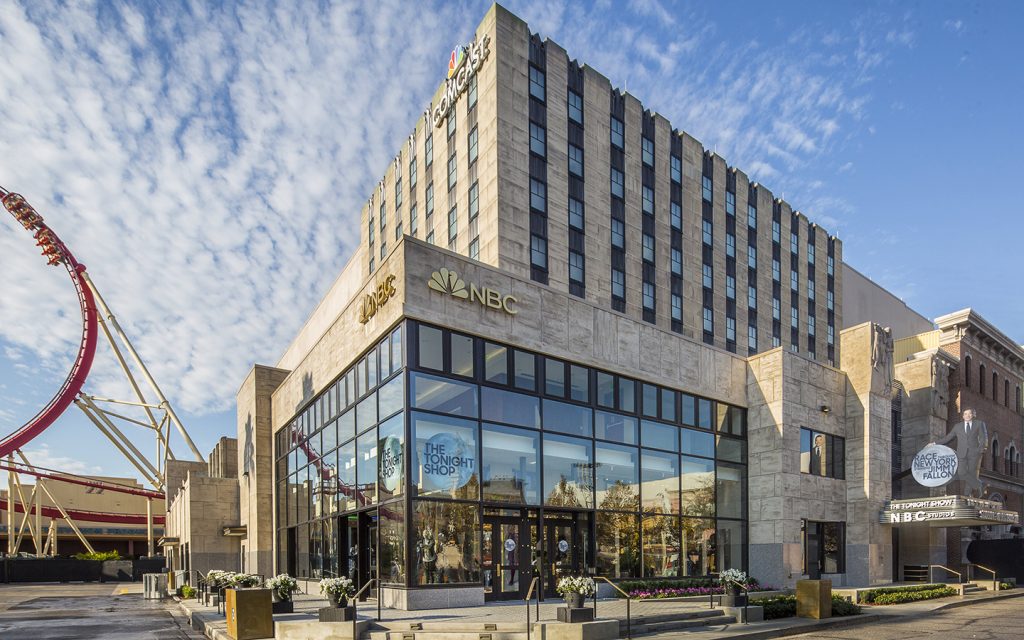 On Thursday, Race Through New York Starring Jimmy Fallon, Universal Orlando’s newest ride, experienced its first soft opening to the general public. The soft opening permitted guests to experience the attraction’s advanced queue, complete with displays of The Tonight Show hosts, props, interactive games, live performances by the Ragtime Gals barbershop quartet, a meet and greet with Hashtag the Panda, and more. The queue is unlike anything you’ve experienced in a theme park; it offers a more personalized experience, giving the impression of a shorter wait time.

Though guests may be amazed by Race Through New York’s innovative queue, many have and will have mixed reviews on the actual ride experience. In an announcement in November on Universal Orlando’s official blog made by Neil Engel, show producer for Universal Creative, it was announced that the ride would use “the world’s first-ever flying theater.” This information slightly ensured rumors stating that the ride would use technology slightly similar to EPCOT’s Soarin’ were true, however, it is far from this.

Our writer and video producer, John S. Sala, published a post in mid-November that discussed the ride’s possible ride technology. The post read, “Many will argue that Soarin’ basically uses a flying theater to make the simulation possible, so why is Universal Orlando stating that their Race Through New York attraction will feature ‘the world’s first-ever flying theater?’ Is there something different with the technology Universal plans to implement? Is Universal planning to use a more ‘theater-like’ setting and stating that Soarin’ doesn’t have this approach? Or is Universal just providing some false information? ” With the soft opening, these questions can now be answered. Yes, there is something different with the technology Universal decided to use. Yes, Universal took a more “theater-like” approach. And yes, Universal partially provided some false information in that announcement.

The ride technology Universal implemented into Race Through New York is far from being similar to Soarin’. The resort’s announcement was actually quite misleading. The ride doesn’t exactly use a “flying theater” at all. In fact, many would argue it’s quite similar to Despicable Me Minion Mayhem and Star Tours at Disney’s Hollywood Studios but with a more “theater-like” design (the seating slightly resembles those used in Studio 6B, the studio The Tonight Show is filmed in). Unlike Soarin’ and many other flying theater attraction designs, Race Through New York does not exactly lift guests above the ground. The ride, instead, uses hydraulics to give the illusion of flying; the seats never actually elevate. In other words, the 72 seats in the theater move together on a platform, but do not leave guests’ feet exposed to the ground below.

Dynamic Attractions’ flying theater (pictured above Soarin’) design is similar to Disney’s Soarin’ but lifts riders in a different fashion. Soarin’ lifts the seats by moving guests forward as the mechanism located above tilts upward. The system used by Dynamic Attractions uses a single level loading platform that tilts 90 degrees along with riders’ seats pivoting. Other flying theater systems use technology almost identical to Soarin’ or use robotic arms. 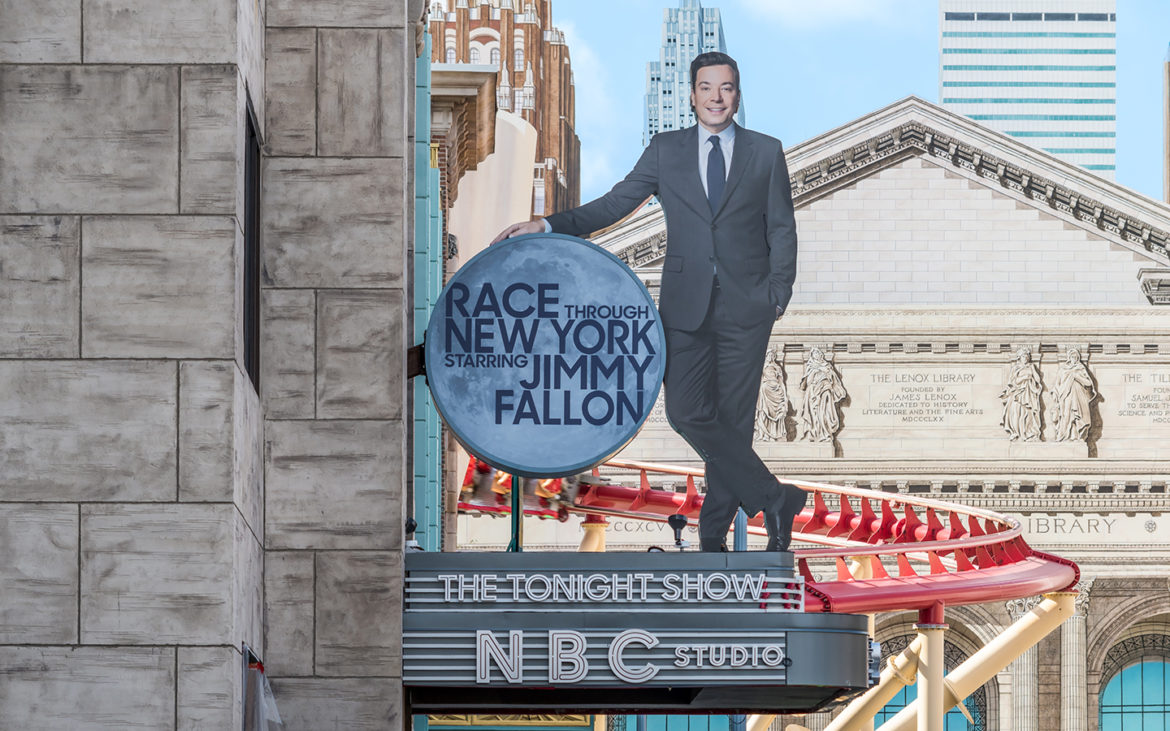