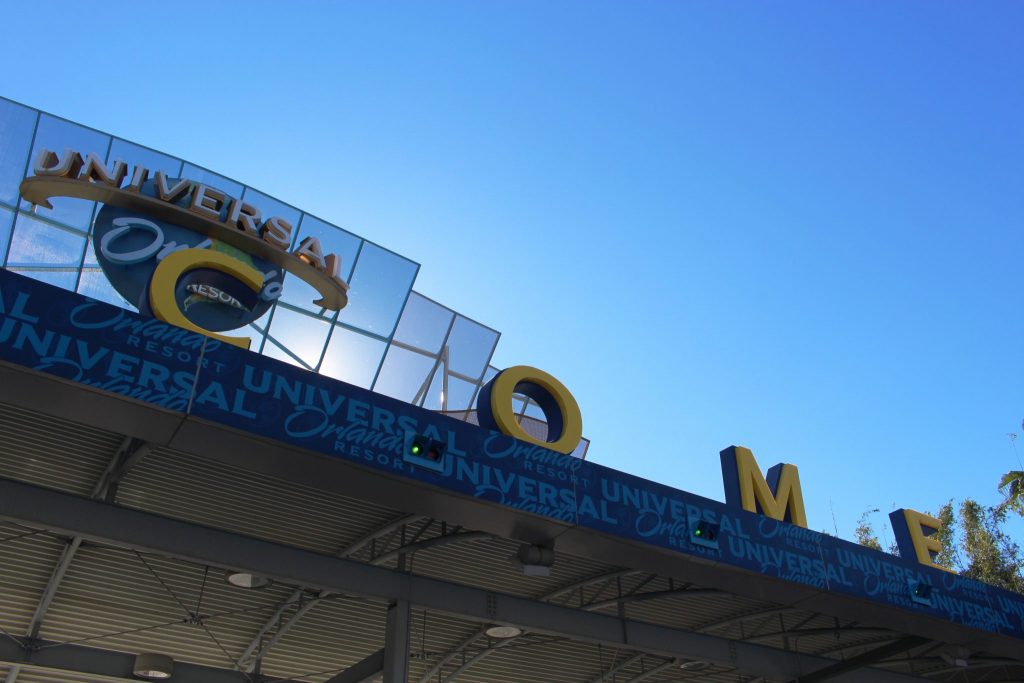 Universal Orlando has officially filed plans with Orange County regarding their new expansion project, giving us the first look into what they have up their sleeve in Orlando.

First revealed by Orlando Business Journal, the plans are a very simple overlay of the property Universal purchased just south of the current Universal Orlando Resort. When observing the plans, one can immediately see the property is bordered by several large bodies of water known as retention ponds; these serve as both a decorative element and also stormwater runoff. There are also major roadways with off ramps like that of a highway along the bottom portion of the property. As of now, the land does not have any large scale road networks within it, as it is, for the most part, just a large empty parcel. Universal will have to develop infrastructure to deal with the massive flow of traffic that will navigate this area in the coming years. 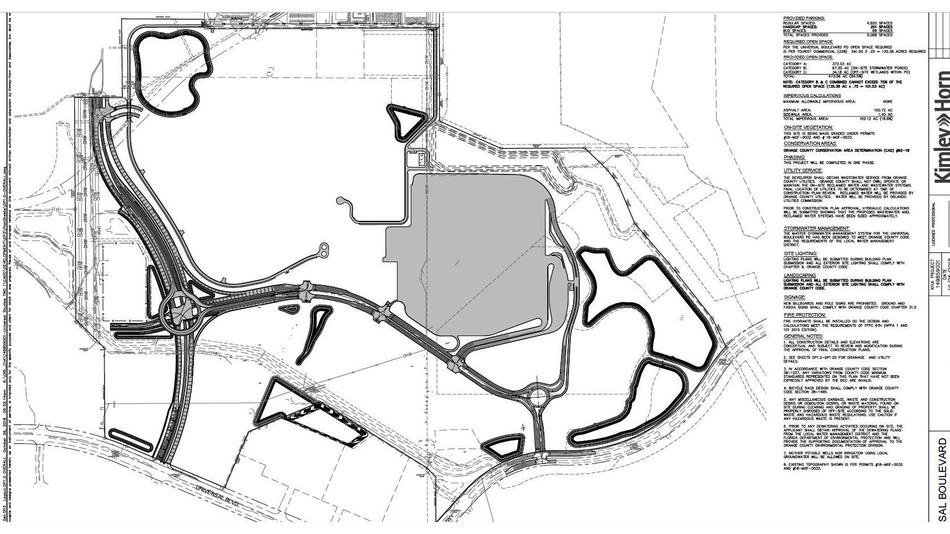 The most obvious area that sticks out in these plans is a large gray rectangular shape towards the right side of the plans (shown above); this will serve as a parking lot capable of holding as many as 5,089 vehicles, according to the published plans. It is unclear if any structures will be built on this part of the plan, but it is likely that this is a surface parking lot rather than the parking garage Universal currently uses that connects to CityWalk. 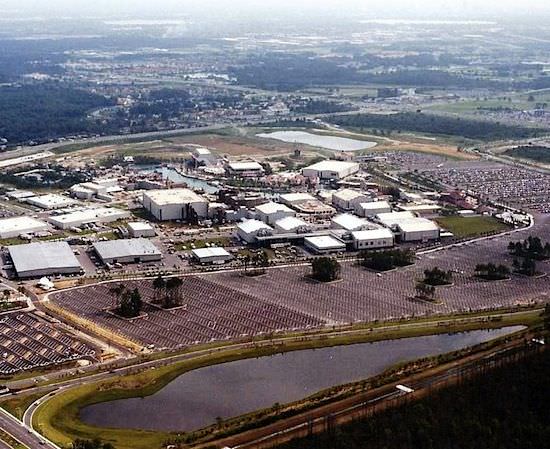 We think this because of the sheer size that the lot is taking up. The number of spaces also seems to line up with surface lots in other Orlando parks (pre-construction, Hollywood Studios had over 6,000 parking spaces). While Universal does not have any surface lots for their parks at the moment, other Orlando-area theme parks, such as Seaworld and all Disney World’s parks, have these kinds of parking lots. It is important to note that when Universal first opened in 1990, the area that later became Islands of Adventure was a surface lot. This is to say that if they ever choose to add on to the plans they have now, that lot is prime space for a far-off future expansion.

The large blank space located at the top left of the map does not have any detail within it, but this, without a doubt, is the location of their new dry park. Many signs have been pointing to the creation of a third dry park for Universal Orlando, and as more news like this keeps rolling in (land purchase, possible park names being trademarked, etc.), the more clear the plans become. The bordering blank spaces around the property may be reserved for resort hotels, but that remains to be seen.

Most insiders and us, here at WOU, believe that this new land will be dedicated to an entire resort complex, filled with several hotels, a shopping area similar to CityWalk, a new dry park, and possibly a second water park. Although Comcast, the parent company of Universal has shared minor details about this development, Universal themselves has remained quiet, despite all the evidence that is building up.