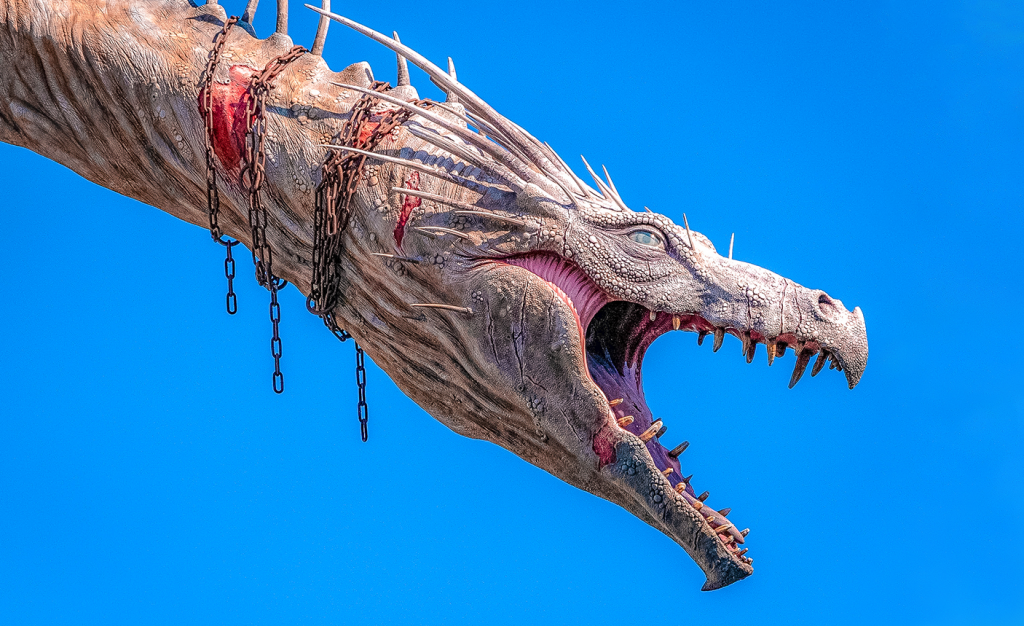 If you’re a Harry Potter fan, a magical vacation awaits you at Universal Orlando Resort. Not only can you enter the breathtaking Hogwarts Castle but you can also visit the shops and restaurants of Hogsmeade Village, and not to mention stroll through the glorious streets of Diagon Alley. Plus, you can climb aboard the famed Hogwarts Express and travel between the two worlds. Universal Orlando is the only destination where you are truly immersed into the Wizarding World!

The Wizarding World of Harry Potter is divided into two different theme parks. Hogsmeade Village and Hogwarts Castle are located in Universal’s Islands of Adventure while Diagon Alley is located in Universal Studios Florida; the Hogwarts Express links the two locations. As a Harry Potter fan, you’ll most definitely want to experience everything the resort has to offer, but there are some things that you MUST do while on your magical journey that don’t include the signature rides — Harry Potter and the Forbidden Journey and Harry Potter and the Escape from Gringotts.

1) Purchase a wand
Every Harry Potter fan must head to Ollivander’s Wand Shop and purchase an interactive wand. The interactive wands allow you to cast a variety of different spells throughout the Wizarding World such as the beloved ‘wingardium leviosa’ charm, which is used to make objects levitate and the ‘reparo’ charm, a spell that can be used to repair broken objects. Furthermore, as you enter this small and whimsical shop, you’ll be able to have an incredible and unique experience as you see the wand choose the wizard.
2) Have Butterbeer
You can’t just visit the Wizarding World and not try the world-famous Butterbeer. There are plenty of places both in Hogsmeade and Diagon Alley where you can find this delicious drink, and the parks serve it three different ways (along with a flavored ice cream). The first is called cold Butterbeer and it tastes very similar to cream soda with a hint of butterscotch flavor. This is the classic way to go especially since it’s topped with a thick cream that will give you the frothy mustache. Fans of the Harry Potter series will probably think that this next one is the most authentic way to drink this heavenly beverage; it’s called hot Butterbeer. Most would say this delightful drink tastes like butterscotch hot chocolate topped with a thick cream. The last version of the drink is frozen Butterbeer, which is basically a slushie version of the cold Butterbeer; it’s exquisite butterscotch cream blends in smoothly with this drink. All these beverages can be purchased in a regular plastic cup, paper cup (hot Butterbeer), and a collectible plastic mug (for an additional cost).
3) Watch a live show
Don’t forget to sit back and relax while you check out some of the shows both Hogsmeade and Diagon Alley have to offer. In Hogsmeade, you will have the opportunity to watch the Frog Choir and enjoy the musical performances by a group of Hogwarts students and their croaking frogs. You can also watch the Triwizard Spirit Rally to see the grace and strength of Beauxbatons and Durmstrang students. If you head over to Diagon Alley you can catch Celestina Warbeck and the Banshees for live performances of popular hits in the Wizarding World and The Tales of Beedle the Bard in which a troupe of actors and puppeteers arouse to tell a story. 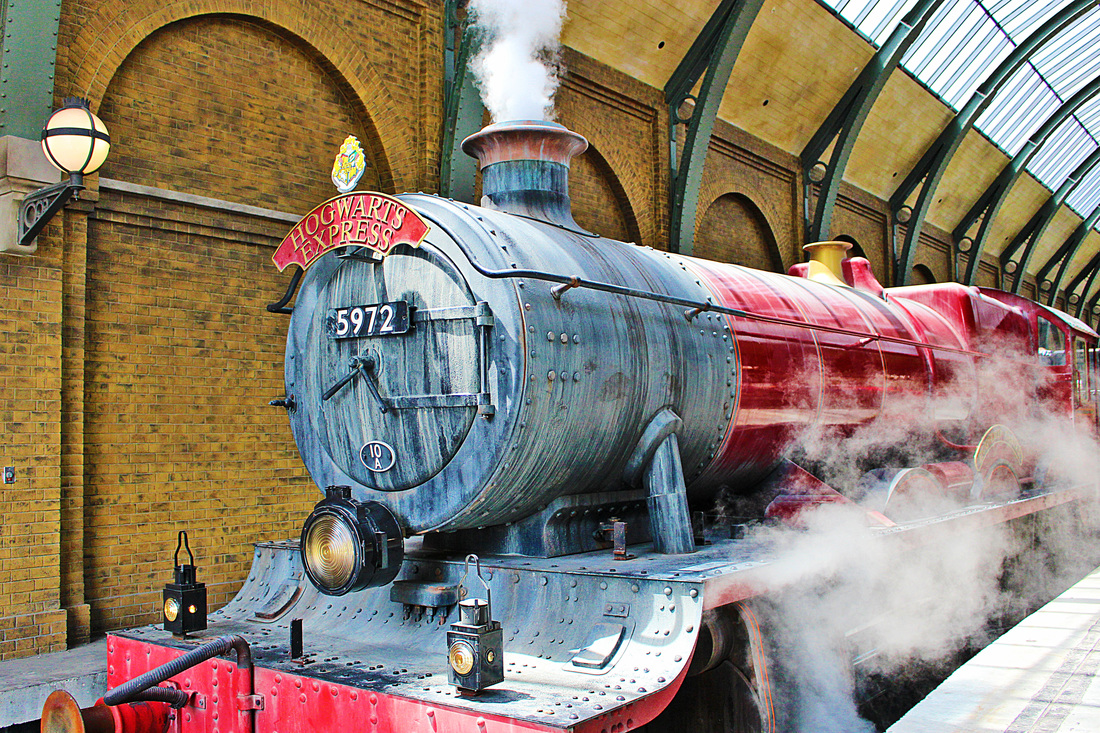 4) Ride the Hogwarts Express
One of the most phenomenal attractions you must check out is indeed the astonishing Hogwarts Express. To ride this iconic steam engine, you will need to purchase a park-to-park admission ticket. With this ticket, you can pass through Platform 9 3/4 and hop aboard the Hogwarts Express from King’s Cross Station in London (located at Universal Studios Florida) and travel to Hogsmeade Station (located in Islands of Adventure) or vice versa. 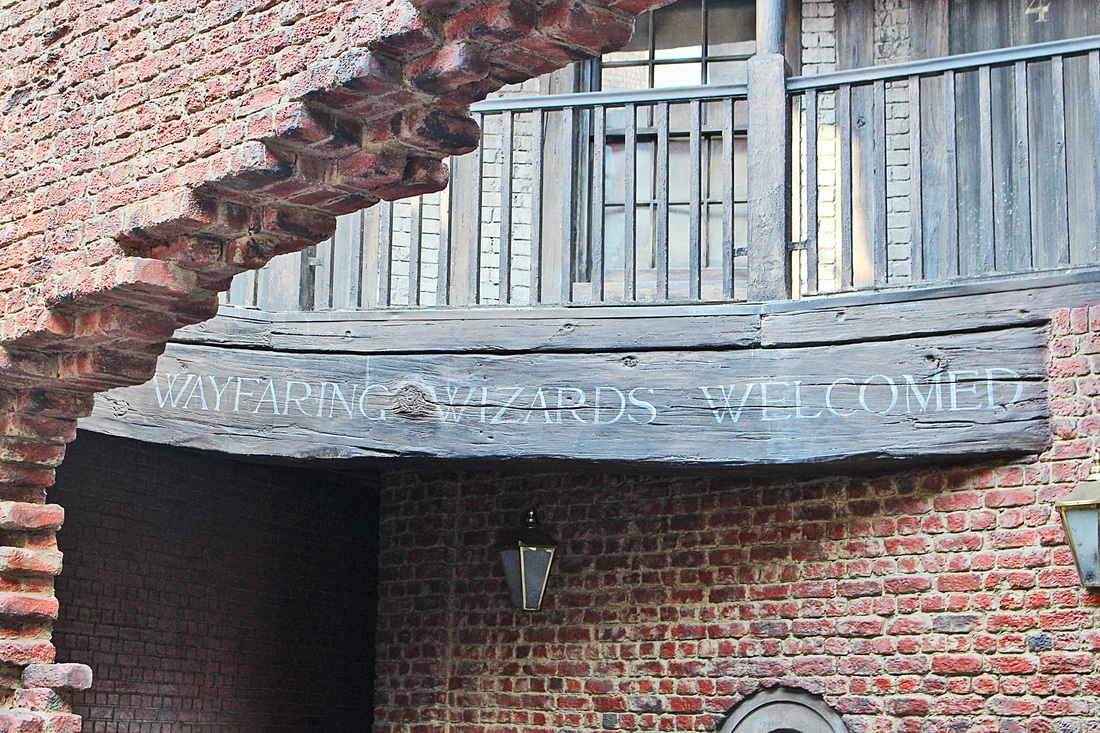 5) Explore the magical streets
Pay close attention and be aware of your surroundings as you fully embrace yourself in both Diagon Alley and Hogsmeade Village. Look at all the stores, practice your magic, and don’t forget to walk down Knockturn Alley in Diagon Alley for all things Dark Arts. If you walk down the streets of London be sure to keep a close eye on the windows of Grimmauld Place…you might see a certain house elf peeking from above.
6) Visit Gringotts Money Exchange
For all those really wanting to enrapture themselves in the Wizarding World, visit the Gringotts Money Exchange located in Diagon Alley (this is separate from Gringotts Banks). Here, you’ll be able to exchange your U.S currency for official Gringotts Bank Notes; this currency can be used throughout the Wizarding World or you can keep it as a souvenir. Additionally, while you are here you will have the opportunity to interact with a real life goblin.