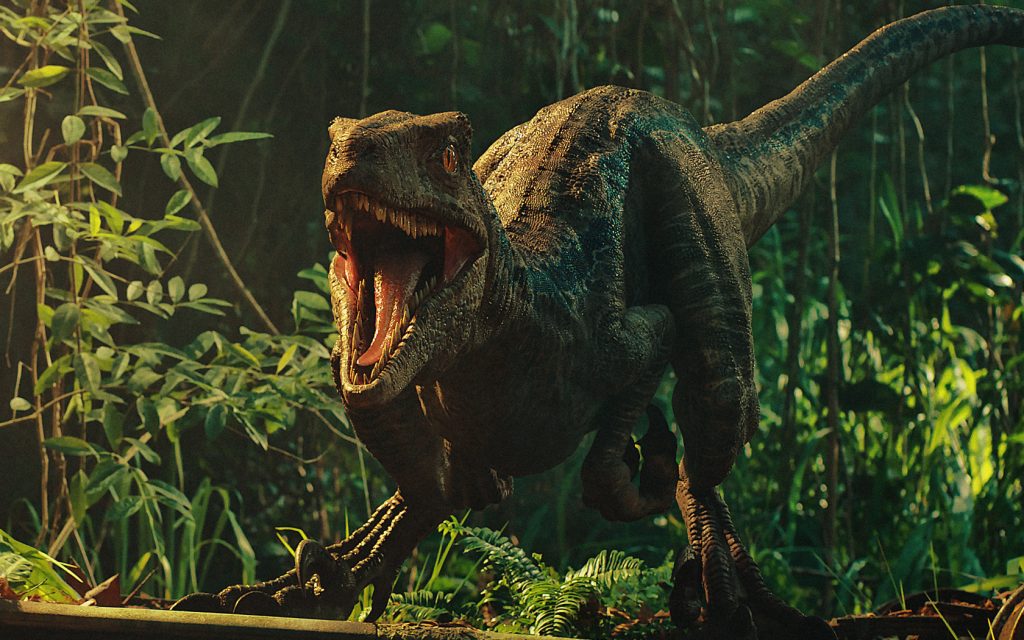 25 years ago, Stephen Spielberg brought to life an extraordinary and thrilling film that dominated the box office. The launch of the original Jurassic Park movie gave way to a franchise of other Jurassic films over the trajectory of about two decades. Each movie brings together a new and beloved tale of the renowned film. Jurassic World: Fallen Kingdom does just that but in a much different tone.

Director Colin Trevorrow brought back to life the astounding Jurassic Park franchise with the release of the first Jurassic World, which was a huge success; it set fire to the box office making 1.672 billion dollars in the year of 2015. Shortly after, it was announced that a second Jurassic World movie would hit theaters. It’s always very difficult to see where a sequel will go and how well it would do. J.A. Bayona was signed on as director for Fallen Kingdom; he directed numerous films such as A Monster Calls and The Orphanage. Bayona really made this film his own, and he directed it in a way that felt very similar yet a bit different from the other films in the franchise. He brings together a much darker, horror-type feel that makes the movie captivating to watch; however, it felt like the tone of the original movies in the franchise was missing from this film. Unlike the previous blockbusters, Fallen Kingdom exchanges its breathtaking landscapes of Isla Nublar for a much more eerie setting. Furthermore, the motion picture contains many tear-jerking scenes, frightening scares, and touching moments among the humans and dinosaurs. As different as this film was, it was still very unique, and it brought up many questions that will hopefully be answered in the following movie.

Jurassic World: Fallen Kingdom takes place a few years after the events in the previous release. The remains of the park on Isla Nublar has been left to ruins, and all the creatures have been left to defend for themselves. What’s more troublesome is the fact that a dormant volcano now threatens to destroy the lives of all the dinosaurs left on the island. In the film, Claire Dearing (Bryce Dallas Howard) has become an animal rights activist, and she is trying to make amends for her wrongdoings in the past. With the lives of the dinosaurs in jeopardy, Claire tries to rally support to help save the creatures from extinction. With the U.S government not wanting to lend their support, Claire gets a call from an old acquaintance named Eli Mills (Rafe Spall), who works for a billionaire philanthropist, Benjamin Lockwood (James Cromwell). Benjamin worked with the original Jurassic Park creator, John Hammond, until they had a falling out. Like Claire, he wants to save the dinosaurs, and he has created an island sanctuary for them to live in peace. This is when the story really begins to take shape. Claire is recruited along with Owen (Chris Pratt) to go to Isla Nublar so that they can save the remaining dinosaurs from extinction. 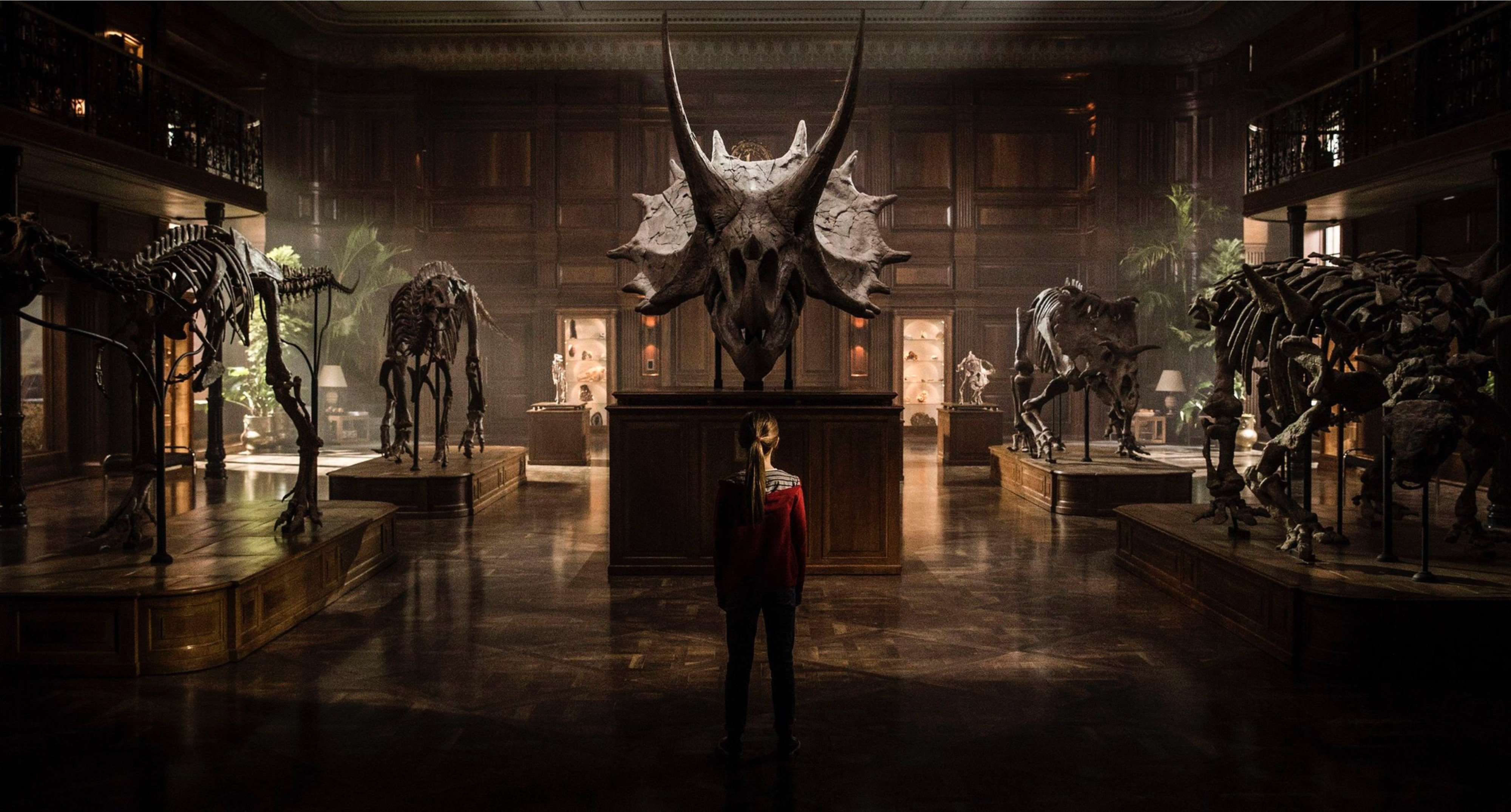 The movie introduces us to a few new characters, such as Zia (Daniella Pineda) and Franklin (Justice Smith). Both characters bring an interesting taste to the film, adding comedy and wonder. We also get to see newcomer Maisie (Isabella Sermon), who plays the “granddaughter” of Benjamin Lockwood. There are also a few original characters that are back like Dr. Henry Wu (B.D Wong) and fan favorite Ian Malcolm (Jeff Goldblum). In fact, Dr. Henry Wu once again plays a very important role in this movie with the creation of the Indoraptor.

As noted before, with Isla Nublar now gone, the film predominantly takes place in a claustrophobic mansion. There were a few scenes that felt a bit bizarre, but overall, the film was pretty interesting. There were a few funny exchanges as well as romantic moments that helped build up the movie. There were even a few horror-like elements, but the movie never goes full horror.

I very much enjoyed seeing the backstory and relationship between both Owen and Blue. In the first film, we didn’t really get to see how much of a bond Owen shared with these animals, especially with Blue. It goes to show that in this film, the two have quite a history. We get to see a few video snippets of Owen training the raptors as babies, and it is extraordinary to see how far these two have gone and just how much they mean to each other. As captivating as the movie is, I feel that the story was a bit rushed. It was as if the creators were trying to push the story forward as fast as possible to leave the island. However, Bayona’s work did make up for this. He knows exactly how to create a perfect atmosphere and build up the tension. Because of this, it left me on the edge of my seat quite a few times. This was exactly the case during the scene where Claire and Franklin get trapped in a gyrosphere underwater. This scene was filmed stupendously in addition to a few other scenes. It’s impressive to see how Fallen Kingdom not only makes you think of the characters, but it also gets you emotionally invested in the dinosaurs as actual animals and characters themselves.

Jurassic World: Fallen Kingdom does its best to make the dinosaurs seem realistic and relatable. It also brings up the question of “If something is created by man, does it have the same right to exist as something created by nature?” This question is brought back multiple times throughout the movie, and it makes you really feel for the dinosaurs. It’s interesting to see where the last movie of the trilogy is going to go. Are the remaining dinosaurs going to be kept in civilization? Will they be transported to a secret island? What is going to happen to Maisie? All of this will hopefully be answered in the last movie, which is expected to hit theaters in the year 2021.

Overall, Jurassic World: Fallen Kingdom was a good production, but as a fan of the original Jurassic Park movies, I was a little upset about the story of this film. Nonetheless, it was satisfying to watch, and I really liked seeing the portrayal Bayona delivered in this film. It was also great being able to see more of the dinosaurs and how they interacted with the human characters.