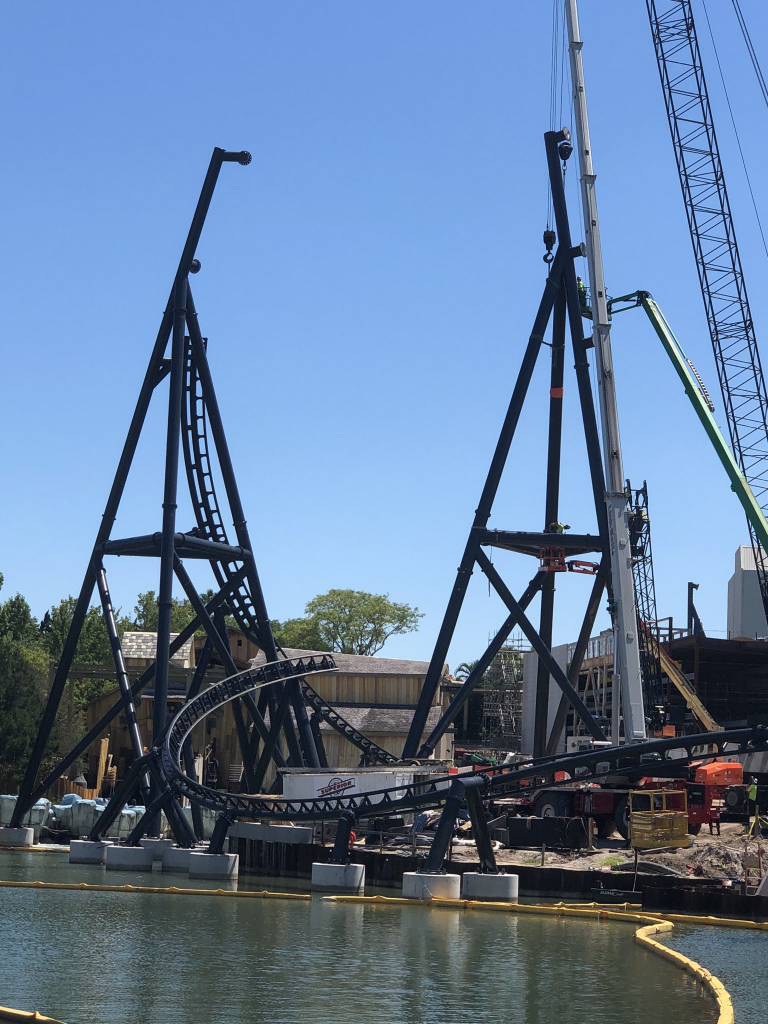 Universal Orlando unveiled Jurassic World VelociCoaster, a roller coaster that has been under construction at Islands of Adventure.

The announcement highlights that guests will “feel the rush of the hunt” racing alongside raptors through the jungle on a “new species of roller coaster” scheduled to open in summer 2021. Universal did not announce additional information about the ride.

Prior to today’s announcement, Universal Orlando had stayed quite about the coaster’s development despite its months long high visibility to guests. Although this announcement contained few details about the coaster, it confirmed that the new ride will be based on the Jurassic World series rather than Jurassic Park. However, shortly after revealing the coaster via their website, Universal altered the webpage by removing the opening season as well as the attraction’s name.

”Step into Jurassic Park and stand in awe and wonder at a land transformed by science after 65 million years. But don’t be deceived by the island’s beauty because danger lurks behind every corner. Only here can you live the adventure of coming face to face with giant creatures of the Earth’s past, encounter raptors roaming every day, or take a daring raft expedition through jungles teeming with dinosaurs. For those brave enough to visit the raptor paddock, you may be able to carefully approach one of these deadly predators. Then feel the rush of the hunt as you race through the jungle alongside raptors on the Jurassic World VelociCoaster, a new species of roller coaster coming Summer 2021.”