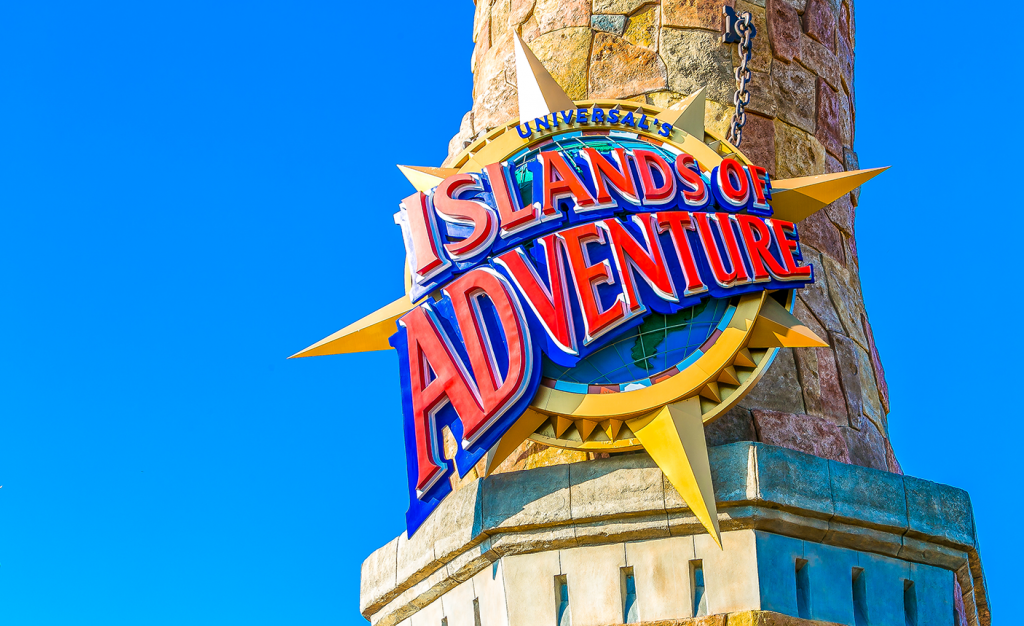 How Islands of Adventure Uses Sound to Tell Stories

When Islands of Adventure first opened, it was billed as a state-of-the-art theme park, and this was no overstatement. Upon its opening, the park boasted their first dueling inverted coaster with Dueling Dragons, a tunnel that would be surrounded by rushing water in Poseidon’s Fury, and a 3-D dark ride/simulator hybrid with The Amazing Adventures of Spider-Man. While the technology that went into the park was impressive on its own, Universal combined it with more practical yet highly effective touches. The set design is unlike anything Universal had ever done at the time, creating worlds both familiar and new in one place. But to bring these locations to life, Universal had to use sound in various different and creative ways. From music and sound effects to dialogue, the park is covered in speakers conveying different aspects of a complete story.

The Soundtrack
The music might seem like an obvious method of storytelling, but the people behind Islands of Adventure went above and beyond for the park’s soundtrack. Each of the opening day islands in the park has its own score to distinguish itself from the other islands and to immerse you in the area. One shining example is how the makers behind Seuss Landing’s music crafted makeshift versions of the instruments seen in Dr. Seuss’ works to create a sound, unlike anything we normally hear. Another interesting technique is how a few of the characters displayed along King’s Row in Toon Lagoon actually sing along to the area music. Universal was so proud of their work that they originally sold an album containing a few of the pieces heard in the park. While they no longer sell the CD, the soundtrack can be found online today. Here is a sample from the album:

Hearing What You Can’t See
A common technique in storytelling is “Show, don’t tell.” This is basically used to allow the reader to experience the story through actions, thoughts, senses, and feelings rather than through the author’s description. This is a rule that is perfectly demonstrated throughout Islands of Adventure but in a different manner. Islands of Adventure incorporates music, sounds, and dialogue to create a sense that more is going on in a certain area. Universal uses these elements to further immerse guests in the experience and give them a sense of what is happening. For example, in Port of Entry, you can hear a group gambling and dance classes coming from different second story windows. Similarly, a couple can be heard talking (and maybe arguing) in their apartment next to the Spider-Man extended queue. On Jurassic Park River Adventure, you can hear a velociraptor throughout the containment unit hidden by brush and crates. A troll can also be heard lurking underneath a bridge located behind Mythos. But probably the most famous example is the voice of Moaning Myrtle haunting the restrooms in Hogsmeade. These little details may not seem like much, but they make a huge difference in bringing the areas and rides to life. 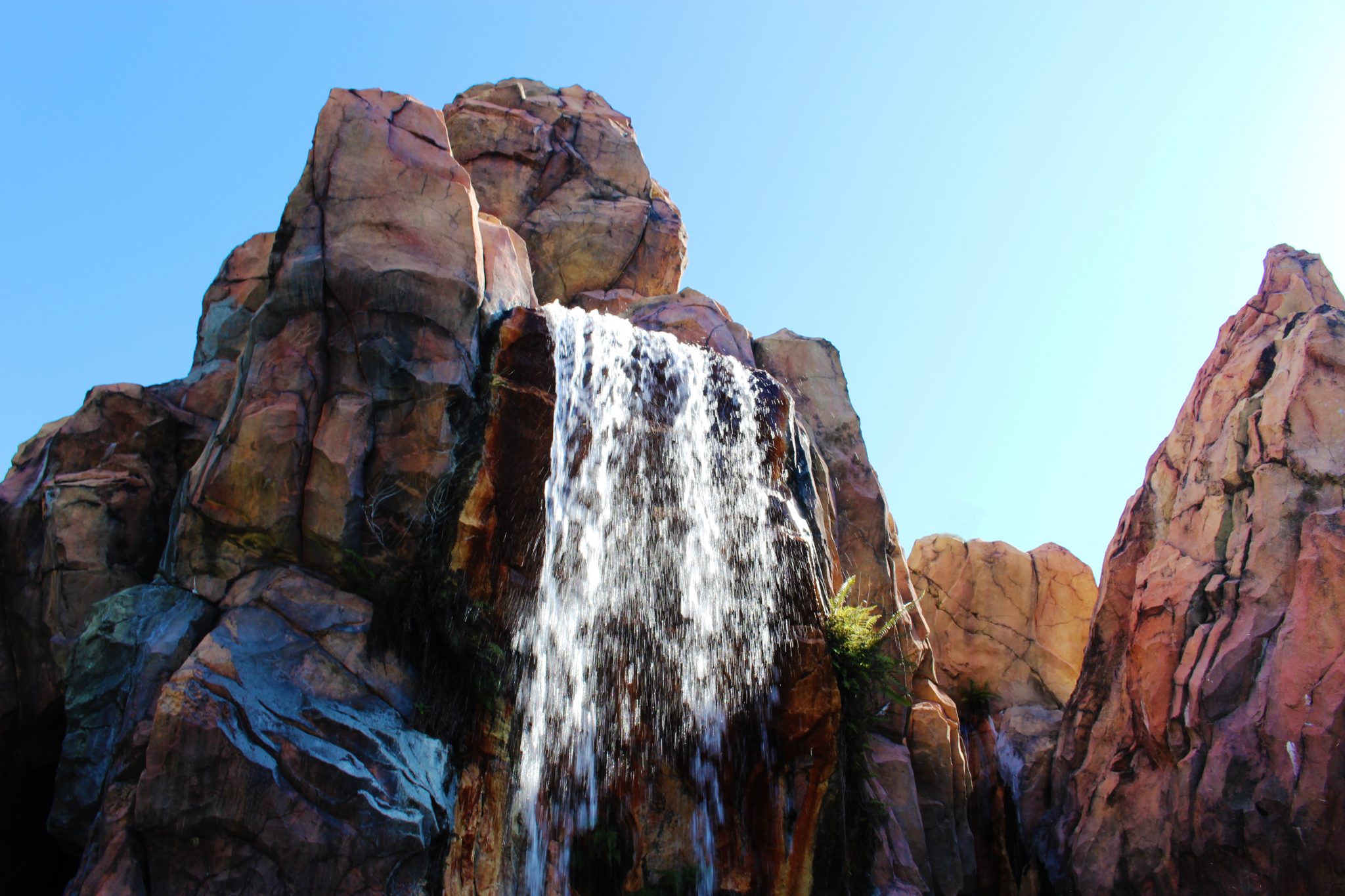 Ambiance
In areas where traditional music loops are unfitting, the park tends to fill the air with ambient sound rather than leave it silent. While most of the areas in the park are covered with music, there are a few notable areas where ambient sound is the primary soundtrack. The loading for Popeye and Bluto’s Bilge-Rat Barges is actually accompanied by the sounds of a seaport filled with seagulls, crashing waves, and bouncing buoys. While preparing to board Doctor Doom’s Fearfall echoing of hammers and drills can be heard making you feel uncertain about the experience ahead. One might have guessed that some of the creaking and bubbling sounds in the caverns of Camp Jurassic are piped in but you might be surprised that even some of the sounds outside the cave are pre-recorded, as seen below.

Feelin’ It
Sound usually only deals with hearing, but at Islands of Adventure, you can also feel it! Universal’s use of sound effects and musical themes really brings Islands of Adventure to life in an amazing way. The different artificial sounds not only add to the ambiance, but it helps to tell the stories that each area and ride are telling. This further immerses guests into the experience by not only providing them with detailed environments but by adding another sense—sound—and they tie in seamlessly with what’s occurring.

Islands of Adventure has been standing for almost 20 years now, and yet it still offers some of the most unique attractions, theming, and experiences one can find at a theme park. With new attractions on the horizon for the park, the idea of “state-of-the-art” entertainment can continue to be a staple. Who knows, maybe we’ll get some new sound effect techniques to take a listen to!