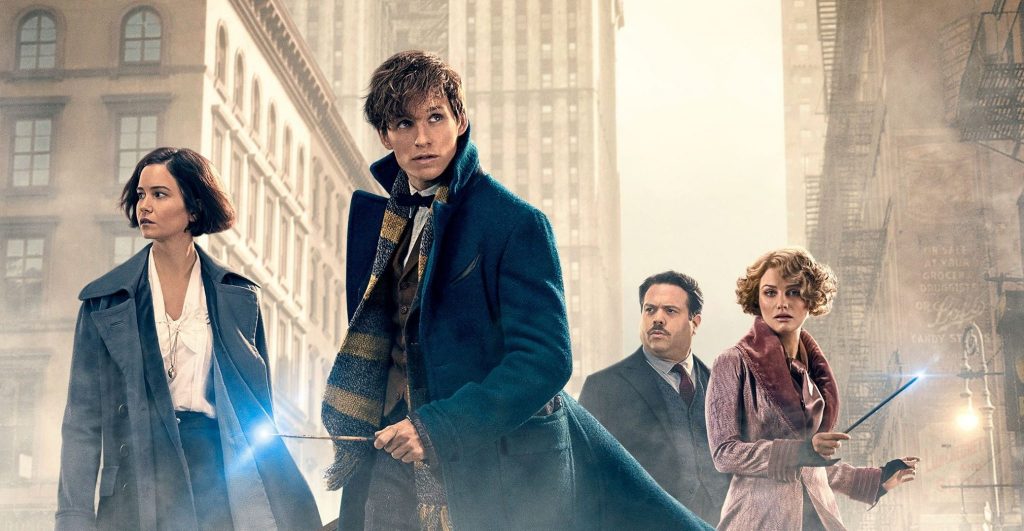 Review: Fantastic Beasts and Where to Find Them

Immerse yourself back into J.K Rowling’s beloved Wizarding World, but this time experience it in a whole new era. As promised, Fantastic Beasts and Where to Find Them is both entertaining and enchanting, as the magical creatures that we meet throughout the movie. The fans of the Harry Potter series are not going to want to miss out on the opportunity of exploring a new look into the creative mind of Rowling. Here is a review on the first of the five-part movie series.

Just when you thought the world of Harry Potter was over, J.K Rowling welcomes you to a darker and more mature spin-off that makes the earlier series look like child’s play. “Fantastic Beasts and Where to Find Them” is a title borrowed from one of the textbooks Harry and his friends studied at school. Furthermore, this film marks the first screenplay written by Rowling herself. “Fantastic Beasts” takes place during the 1920s, where we focus on a young magizoologists named Newt Schamander (Eddie Redmayne) who arrives in New York after finishing and documenting his research on magical creatures. However, during his trip, a few of his beasts escape from his magical case. Unlike the Wizarding World in the U.K, all beasts have been outlawed by the Magical Congress of the United States (MACUSA) due to the International Statute of Secrecy. This law is to safeguard the wizarding community from the No-Majs, which means wizards are not allowed to have any sort of relationship with muggles whatsoever.  In order for Newt to ensure the wizarding community stays hidden from the muggle world, he must work together with some new friends and capture his beasts.

Like Harry, you can’t go on an adventure without having a few friends by your side. Each character is so unique and brings a certain je ne sais qua. Throughout the film, Rowling gives us little to no information about Newt’s backstory, other than the fact that he traveled around the world to write a manuscript for his book, and that he was kicked out of Hogwarts for endangering human life. We also know that in his case he carries around a picture of a young woman named Leta Lestrange (Zoë Kravitz), who in the world of Harry Potter, is related to none other than one of the most well-known death eaters Bellatrix Lestrange. I believe that Rowling will unfold Newt’s story brilliantly in the upcoming films. Continuing on with characters, we also meet Tina (Katherine Waterson) and her sister Queenie Goldstein (Alison Sudel) who both work at MACUSA, and help Newt on his quest to finding his beasts. One of my favorite characters in the movie is perhaps Jacob Kowalski (Dan Fogler), a No-Maj factory worker, who at the beginning of the film is at the bank hoping they’ll give him a loan to open up his own bakery in the city. Somewhere along the way, he accidently switches cases with Newt’s and gets in the mix of a jaw-dropping new world. Jacob certainly brings a comedic sense to the group and his personality really makes the viewers fall for him. There are so many other characters introduced in this new series such as the president of MACUSA Seraphina Picquery (Carmen Ejogo), her right-hand man and power-hungry auror Percival Graves (Colin Farell), and for the first time, we are introduced to an Obscurial named Credence Barebone (Ezra Miller). An Obscurial is a young witch or wizard who instead of learning to control their power, they suppress it, and as a result, develop a dark parasitical force known as an Obscurus.

“Fantastic Beasts” is filled with tons of easter eggs that a lot of Harry Potter fans are going to feel enthusiastic about. One of the biggest is hearing a young Dumbledore being mentioned during Newt’s questioning in MACUSA. This is very relevant because fans might finally get to see the long-awaited duel between Dumbledore, and at the time, the most dangerous dark wizard, Gellert Grindelwald. In the Harry Potter series, we know that Dumbledore is famous for this specific battle; it’s because of it that he eventually became the headmaster of Hogwarts School of Witchcraft and Wizardry. He doesn’t show up in the first movie, but remember, this is a five part series, so we’ll definitely see and learn more about his backstory in the upcoming films.  We do, however, get to see a glimpse of Grindelwald (Johnny Depp), and what he’s been up to during this time period. At the end of the movie, we find out that Grindelwald has indeed infiltrated MACUSA by impersonating as madam president’s right-hand man Graves.

I was on the edge of my seat through the last couple of minutes of the film, and I remember feeling both excited and tear driven. I believe that Depp’s portrayal of the iconic wizard will be interesting to see; I’m very eager to know how it’s all going to play out.

After learning about an Obscurial, I couldn’t help but wonder if Albus Dumbledore’s sister, Ariana, was one. In the Potter series, we learned that his sister was bullied which, in return, caused her to suppress her powers. Just thinking back on it, everything we know about Ariana does describe an Obscurus. That’s something to think about.

Throughout the film, we are introduced to an extensive amount of creatures with hilarious and intriguing personalities. A few of the beasts featured in the movie are the adorable and treasure seeking niffler, the shy bowtruckle, and even the thunderbird which is one of the four houses at Ilvermorny School of Witchcraft and Wizardry.

At the end of the film, all we’re left with are cliffhangers and questions. Who will play Dumbledore? Will we know what happens to Percival Graves? Does Jacob get his memory back? What happens to Grindelwald? Well, all of these questions will be answered soon. Be sure to set your calendars because the second of five movies is set to hit theaters on November 16, 2018. Are you ready to see what happens next?