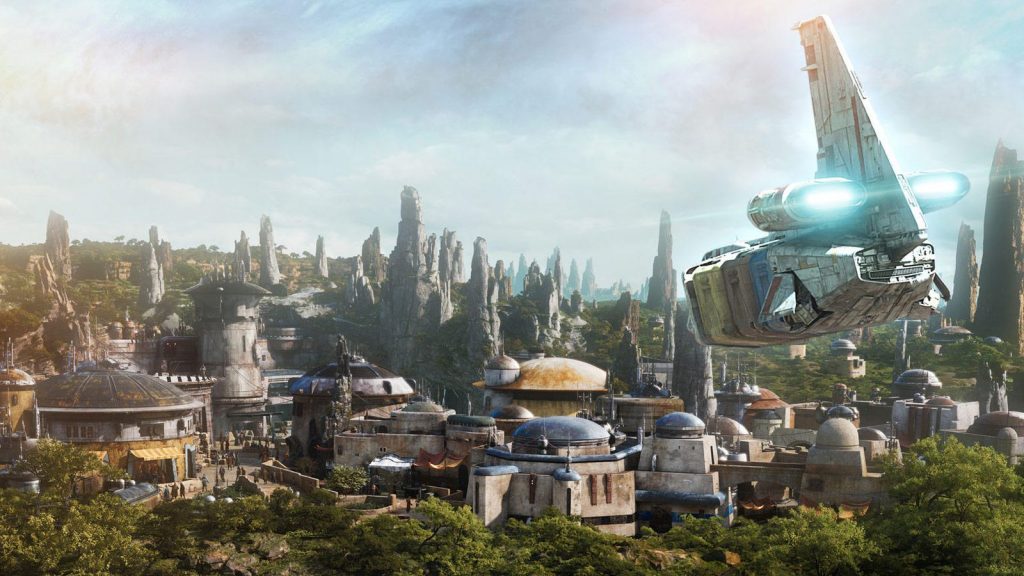 Walt Disney World’s Hollywood Studios and Epcot parks are undergoing drastic changes that will vastly change the atmosphere of the two parks. When Star Wars: Galaxy’s Edge opens at Hollywood Studios in fall 2019, the park will have largely completed its “regeneration.” Epcot’s overhaul, however, is just getting started, but progress is being made. This photo update covers the two parks’ major developments, including the soon-to-open gondola transportation system—the Disney Skyliner. Additionally, because the resort is in holiday mode, a few images of the festive decorations found at Hollywood Studios and Epcot have been included. 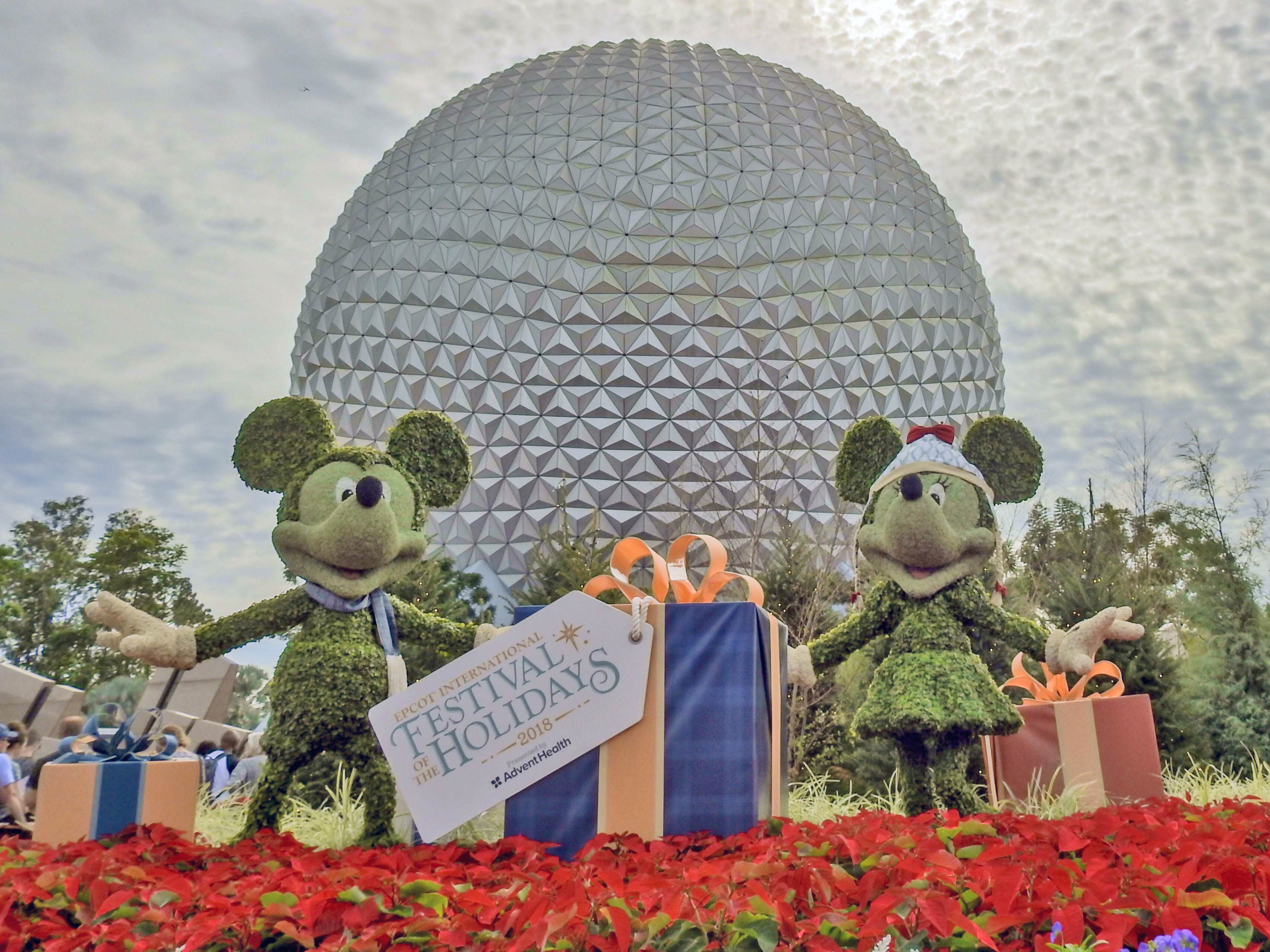 As you approach the entrance to Epcot’s Spaceship Earth, you’ll come across Mickey and Minnie topiaries along with gift boxes. 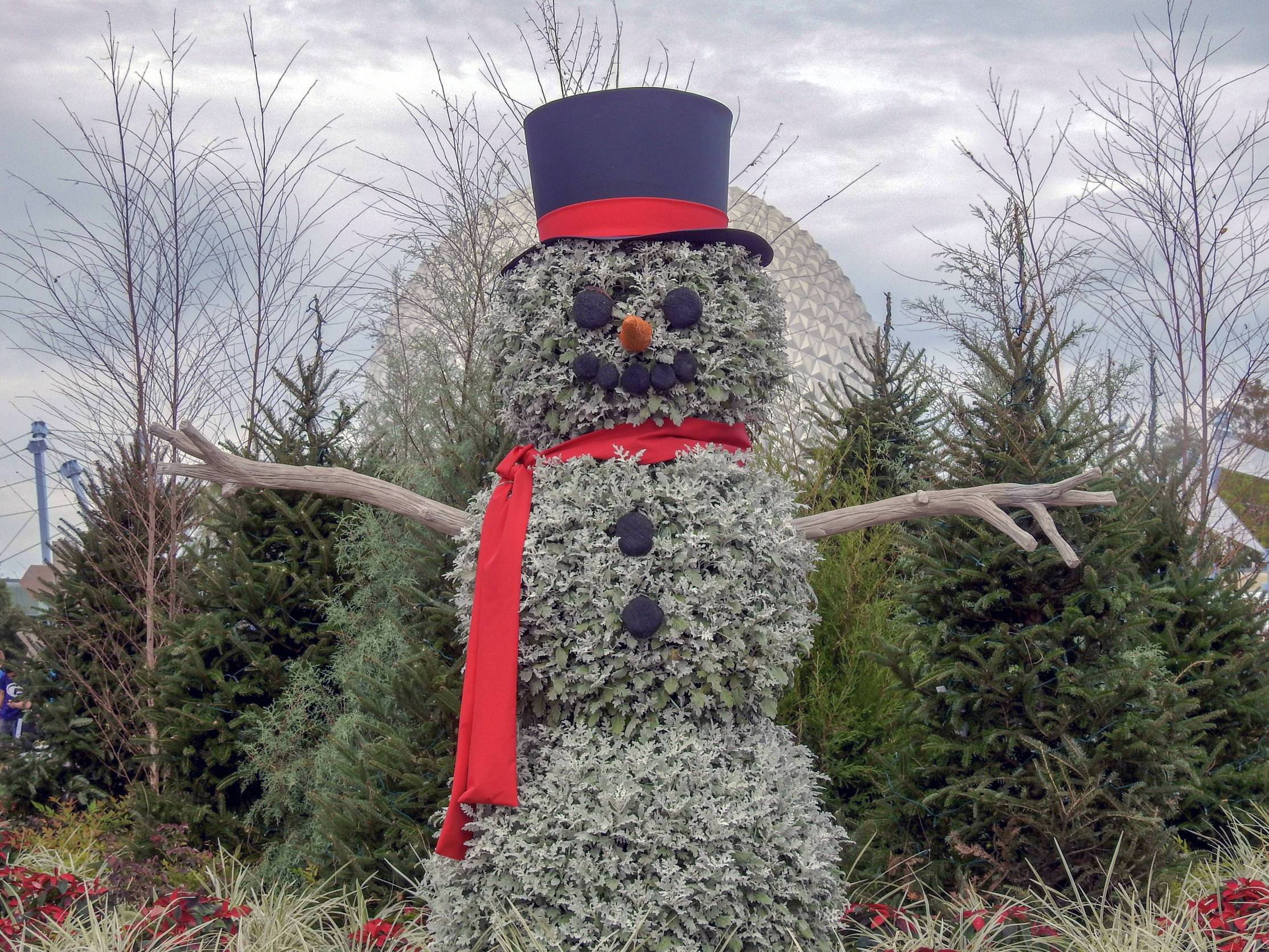 Also near Spaceship Earth is a snowman dressed in a scarf and topped with a hat. 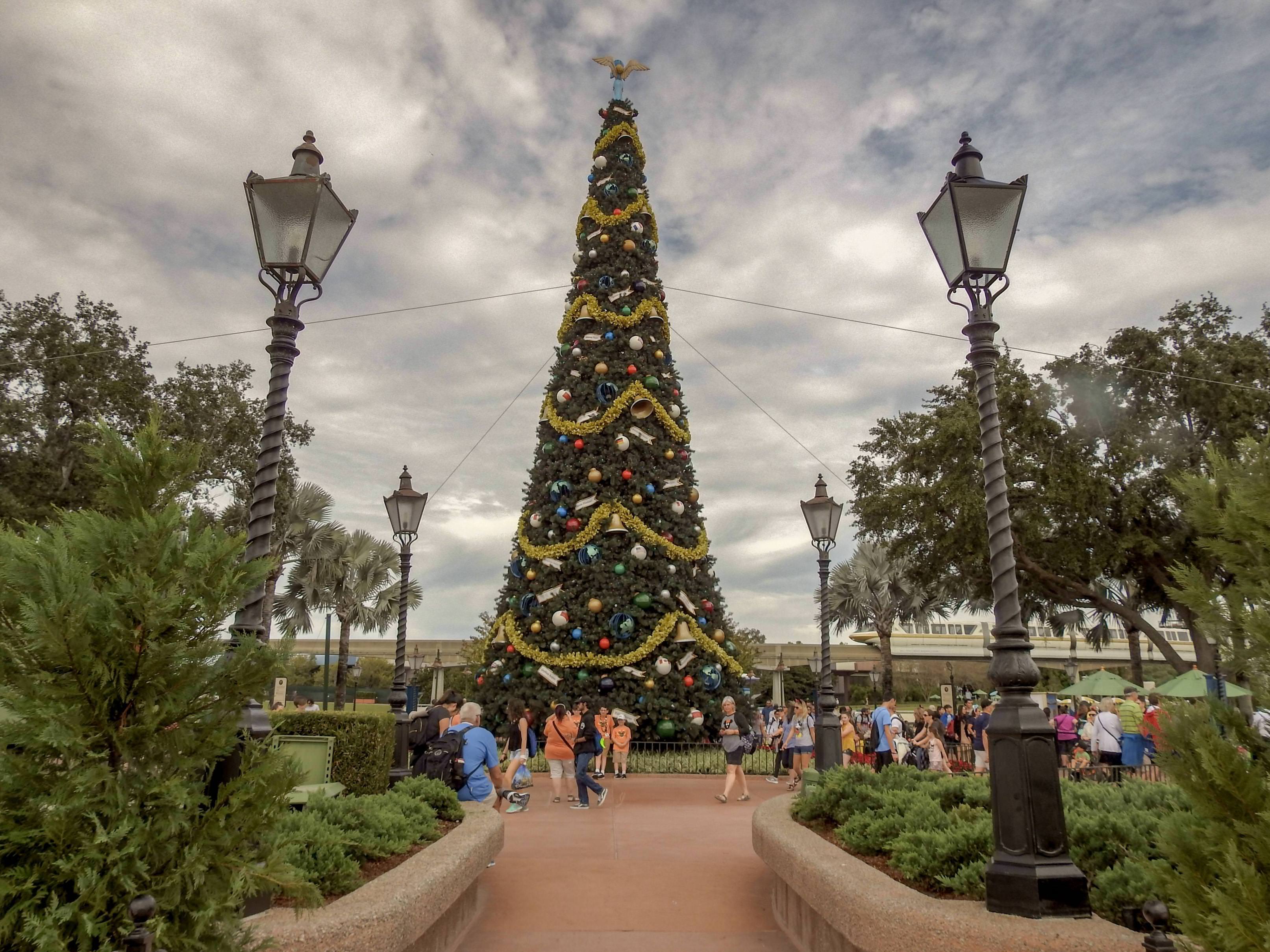 Epcot’s Christmas tree is adorned with garland, balls, bells, and more. Those entering the park aboard the monorail can catch a glimpse of the tree. 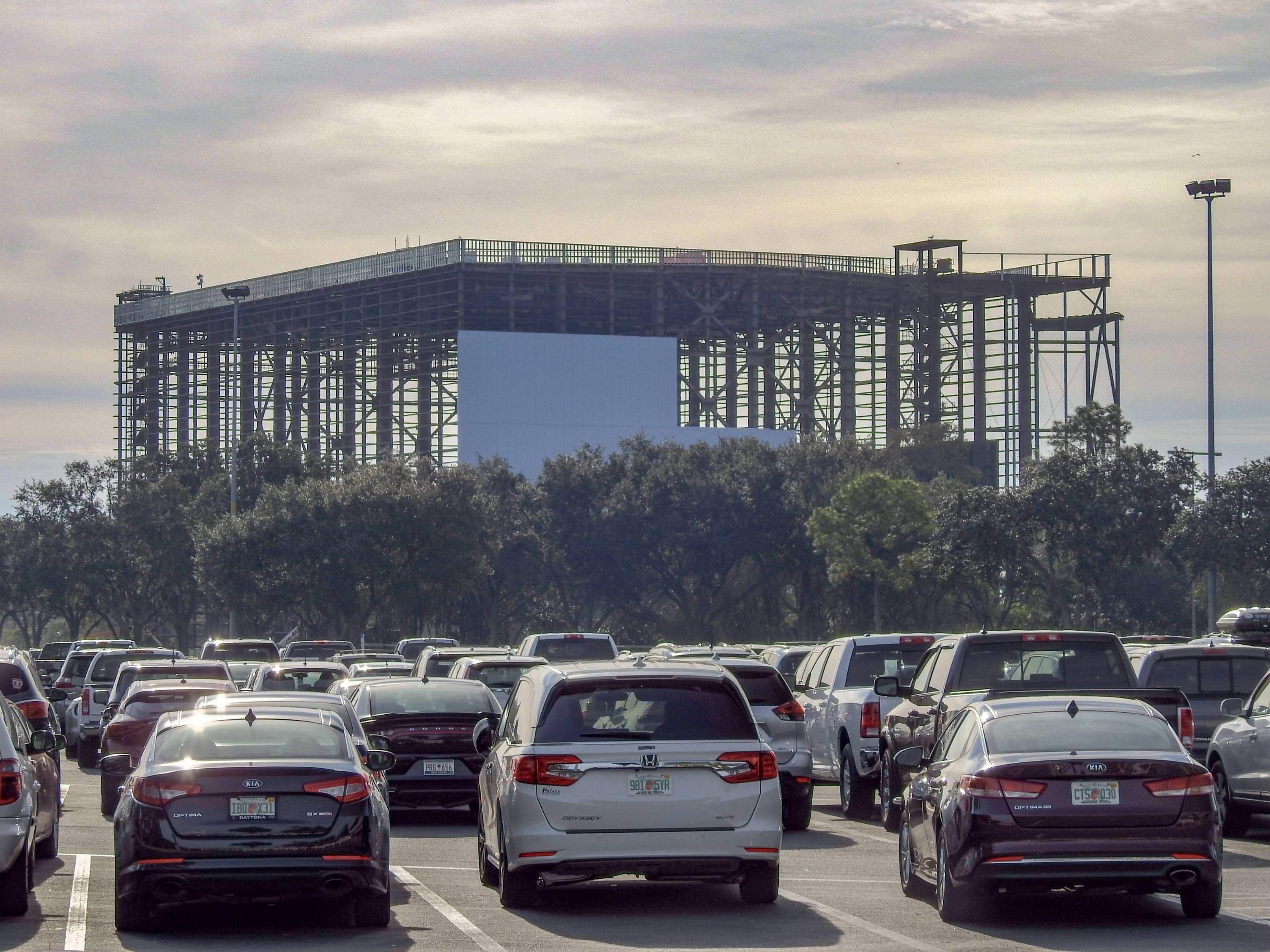 Epcot’s current major development is the Guardians of the Galaxy ride. The structure housing the attraction can easily be seen outside of the park. 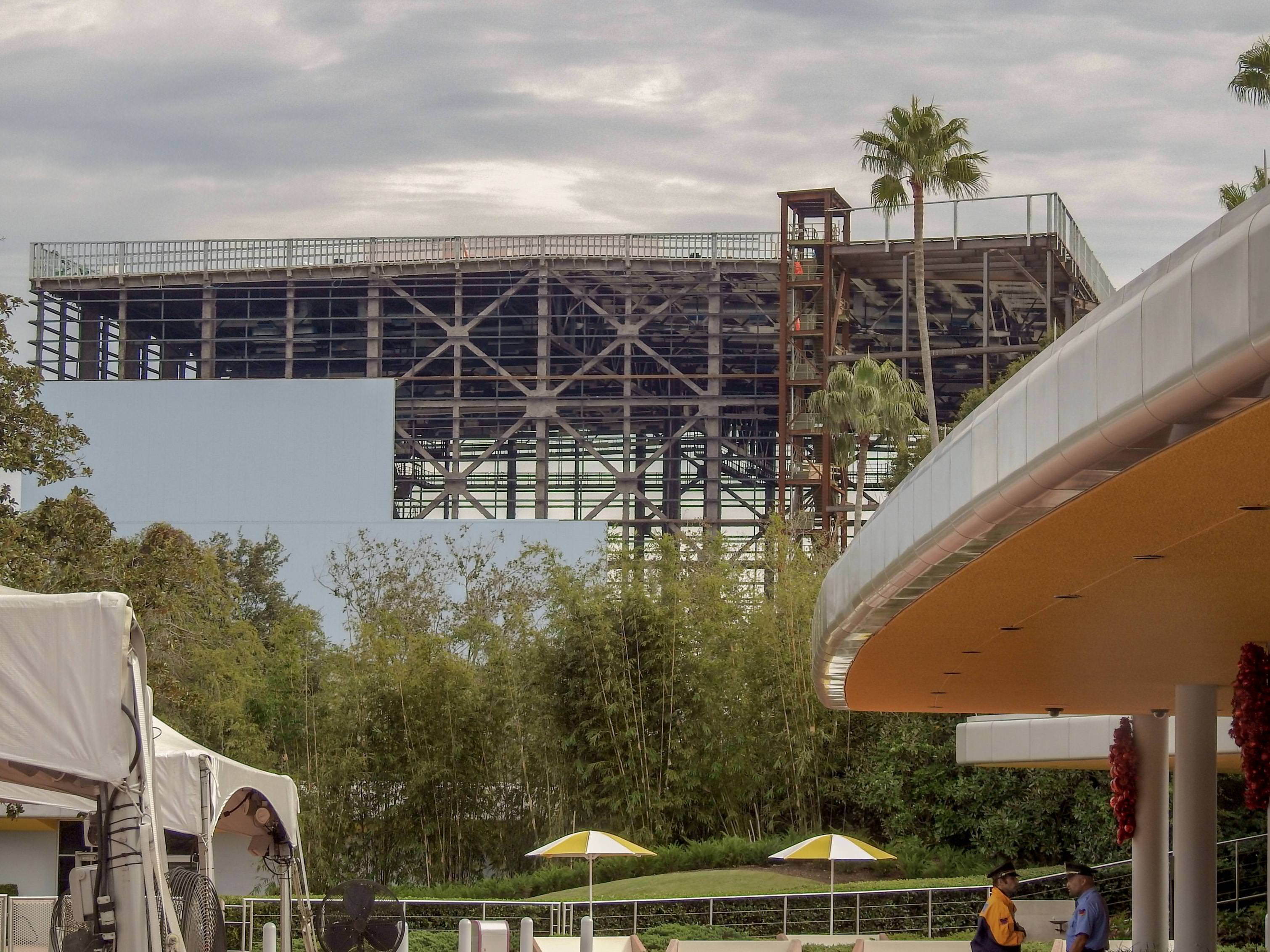 The most notable change from the previous update is the addition of exterior panels at some areas of the structure. Although not visible in the included images, the lower section is painted in shades of green; whereas, the upper section is painted to somewhat blend in with the sky. 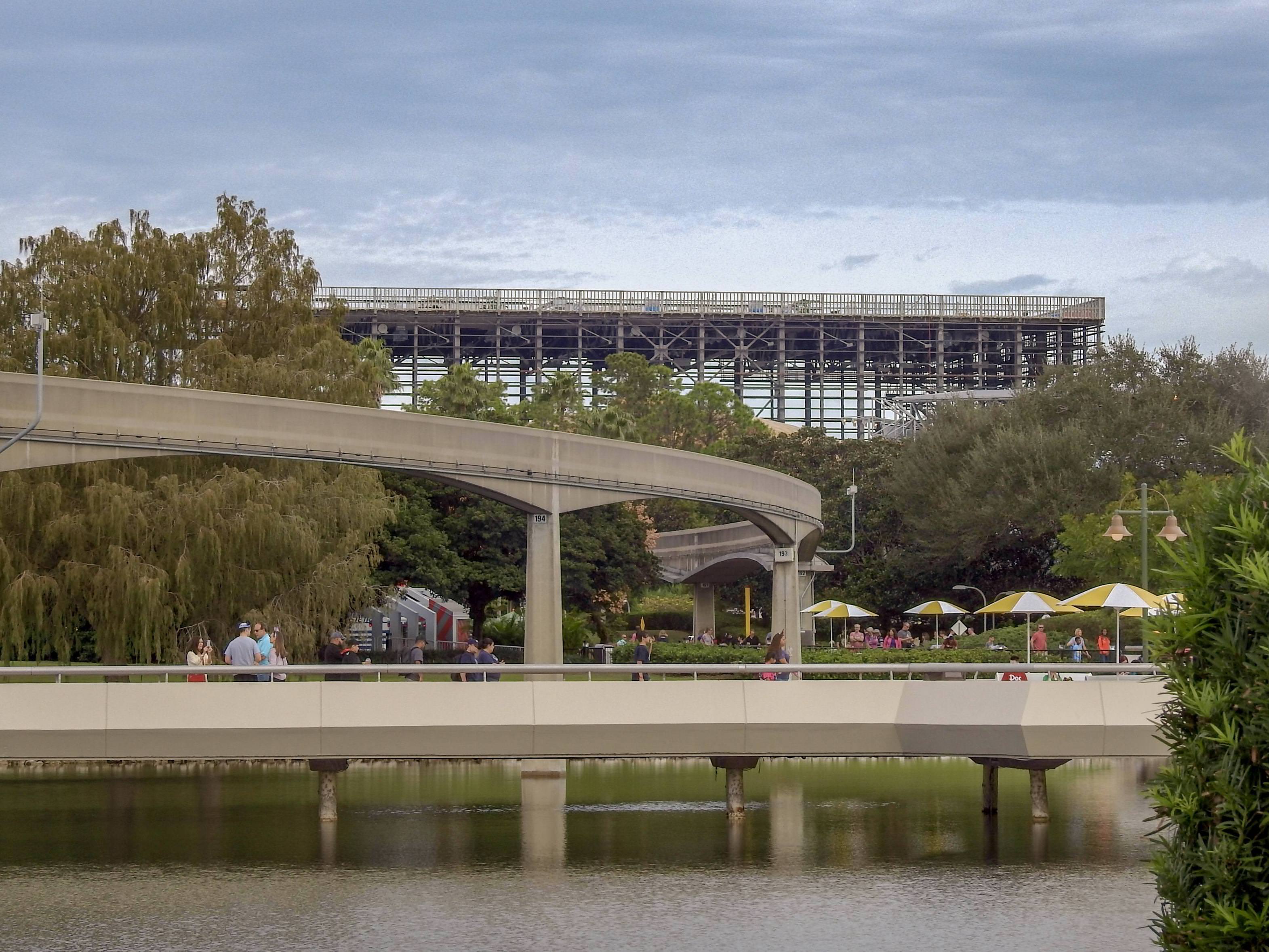 The building captured in the above photos will contain most of the ride track. 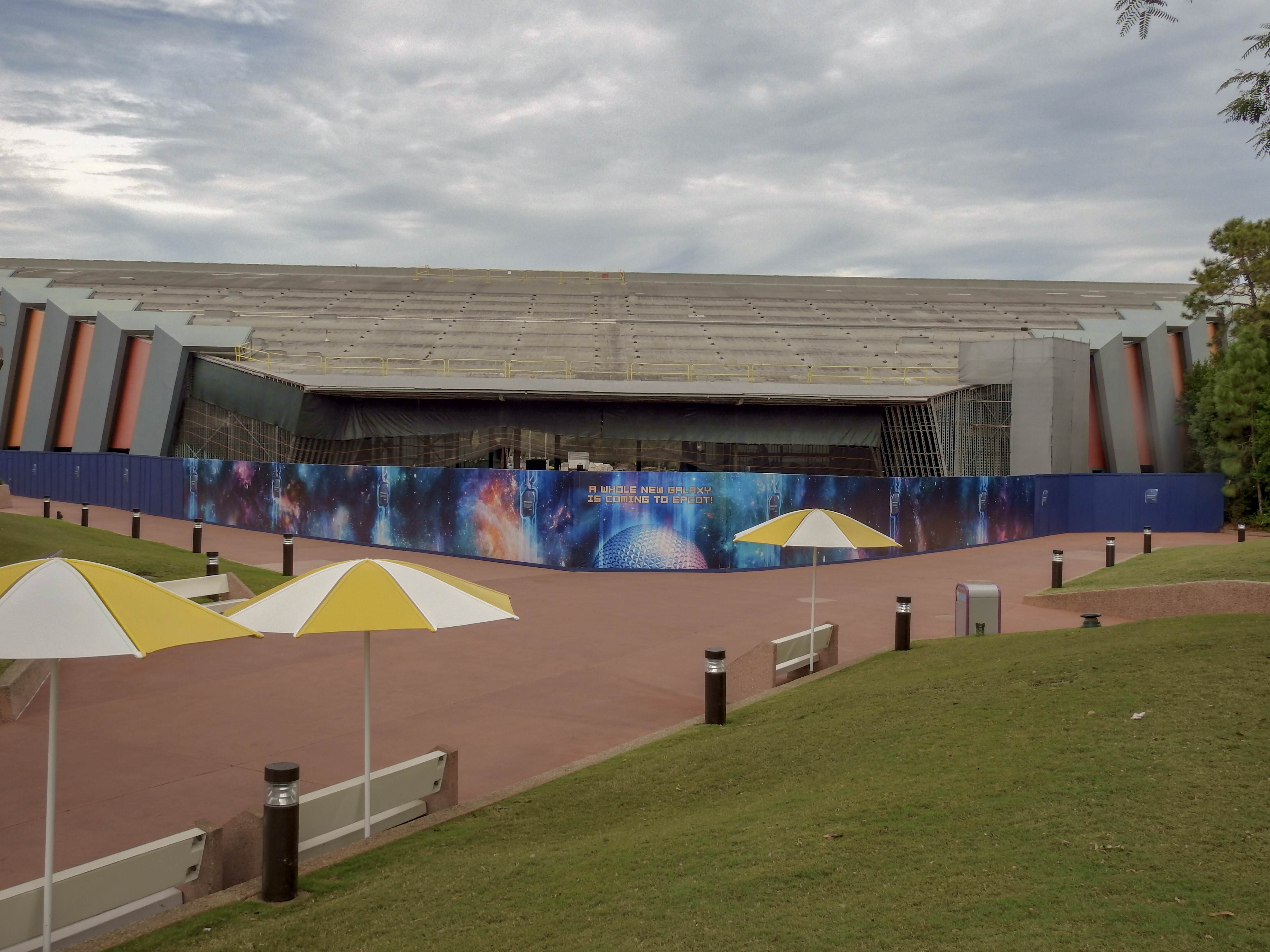 The structure shown above will serve as the queue and likely the loading station. 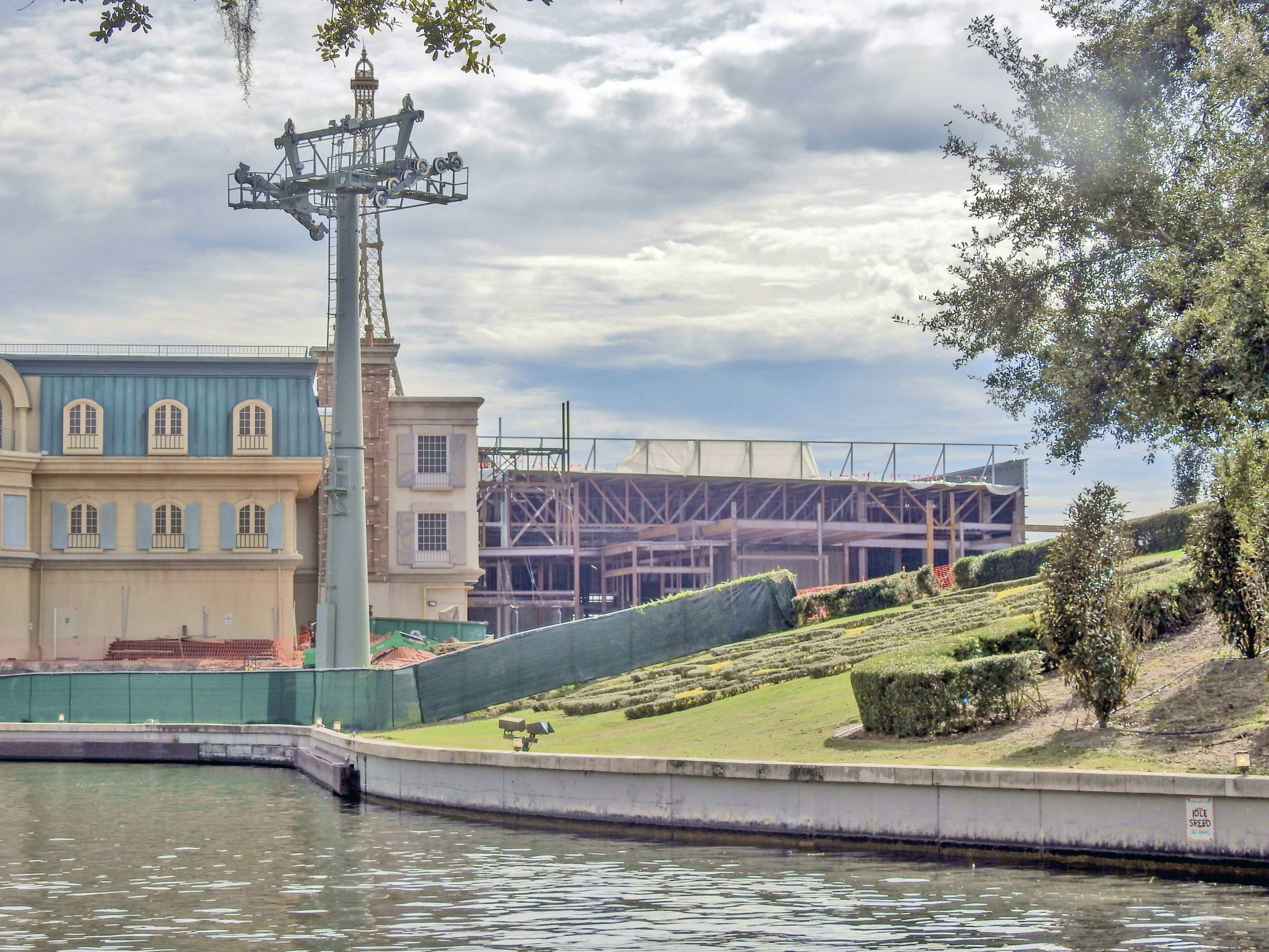 Progress can be seen on the Ratatouille ride opening in Epcot’s France pavilion. This new attraction will be called Remy’s Ratatouille Adventure, according to an announcement made by Disney this month. 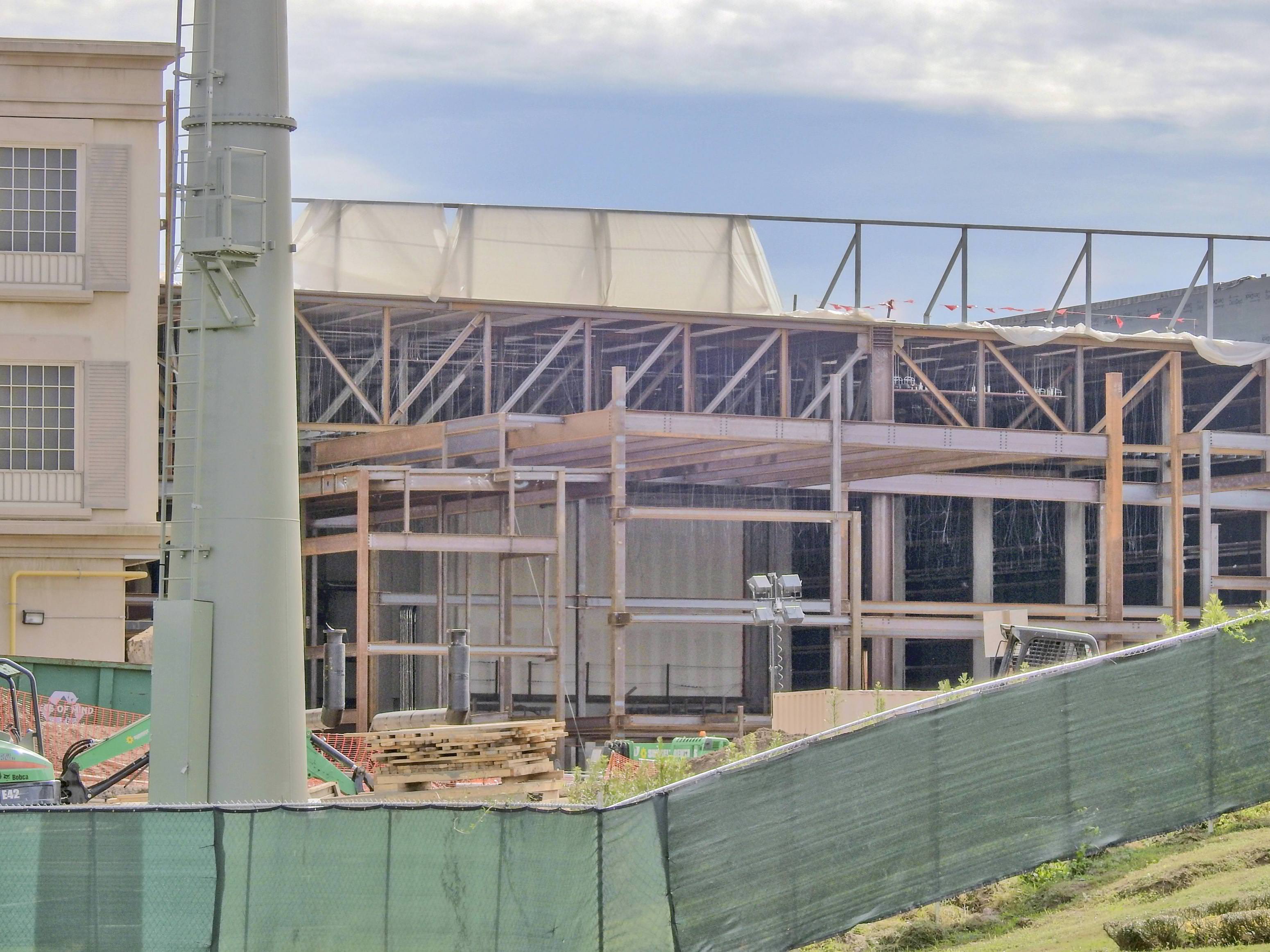 This close-up better shows work occurring behind the construction fence. 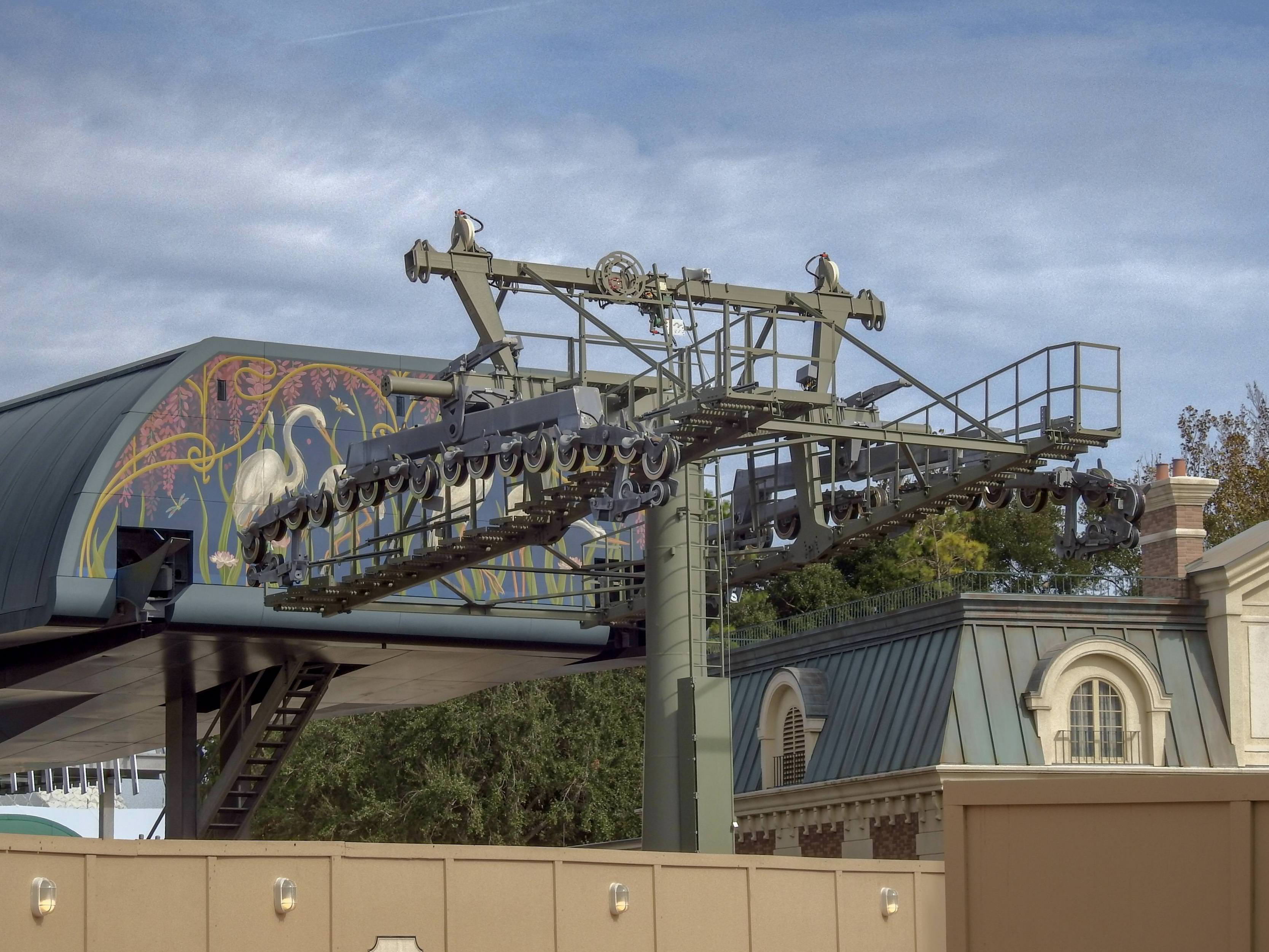 Epcot will feature a station for the Disney Skyliner. This will be one of five stations for the Skyliner. 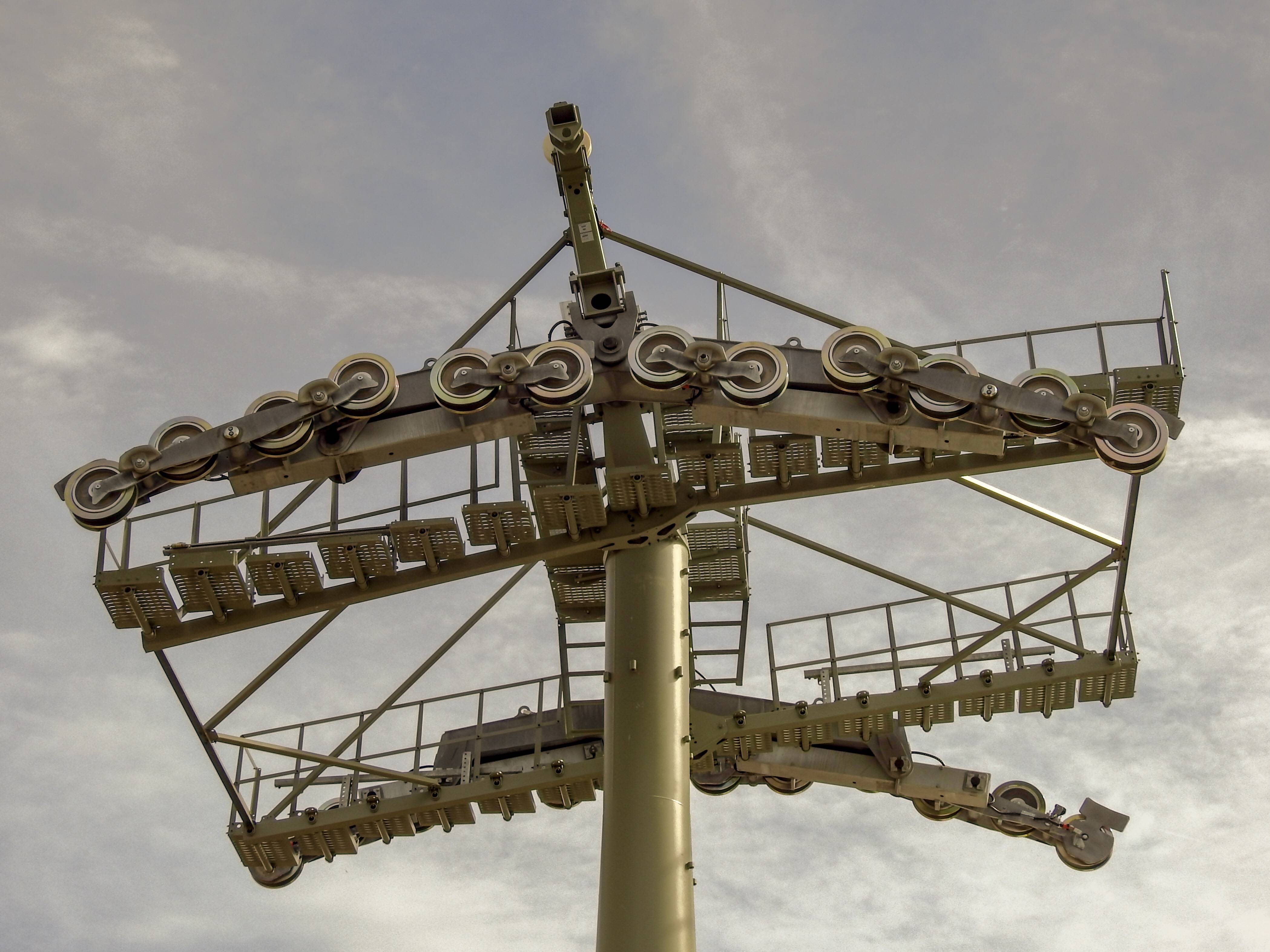 Most of the progress for the new system is evident at Hollywood Studios. Epcot’s line still has yet to be roped. 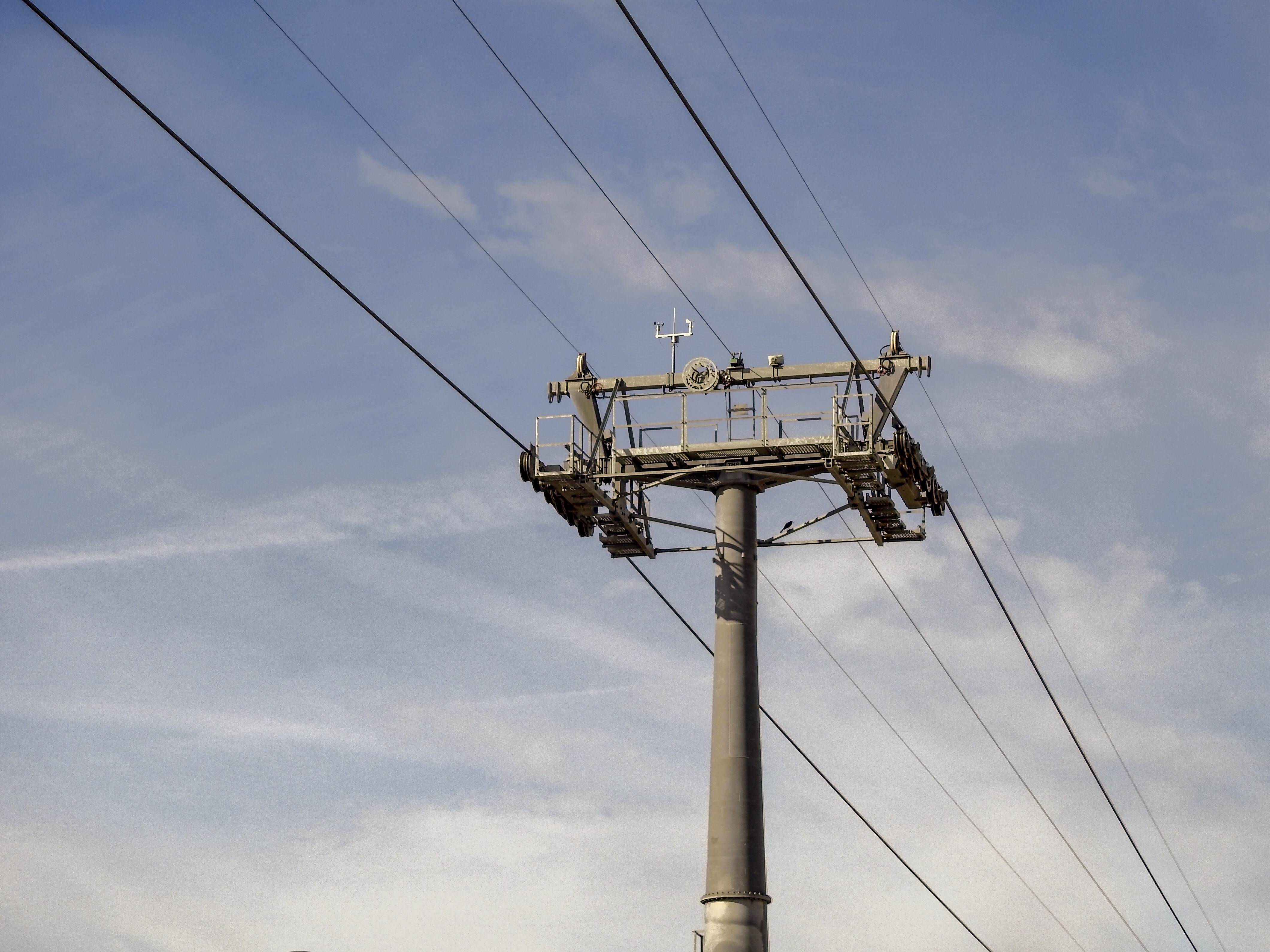 The line leading to Hollywood Studios now features wire rope for the vehicles. 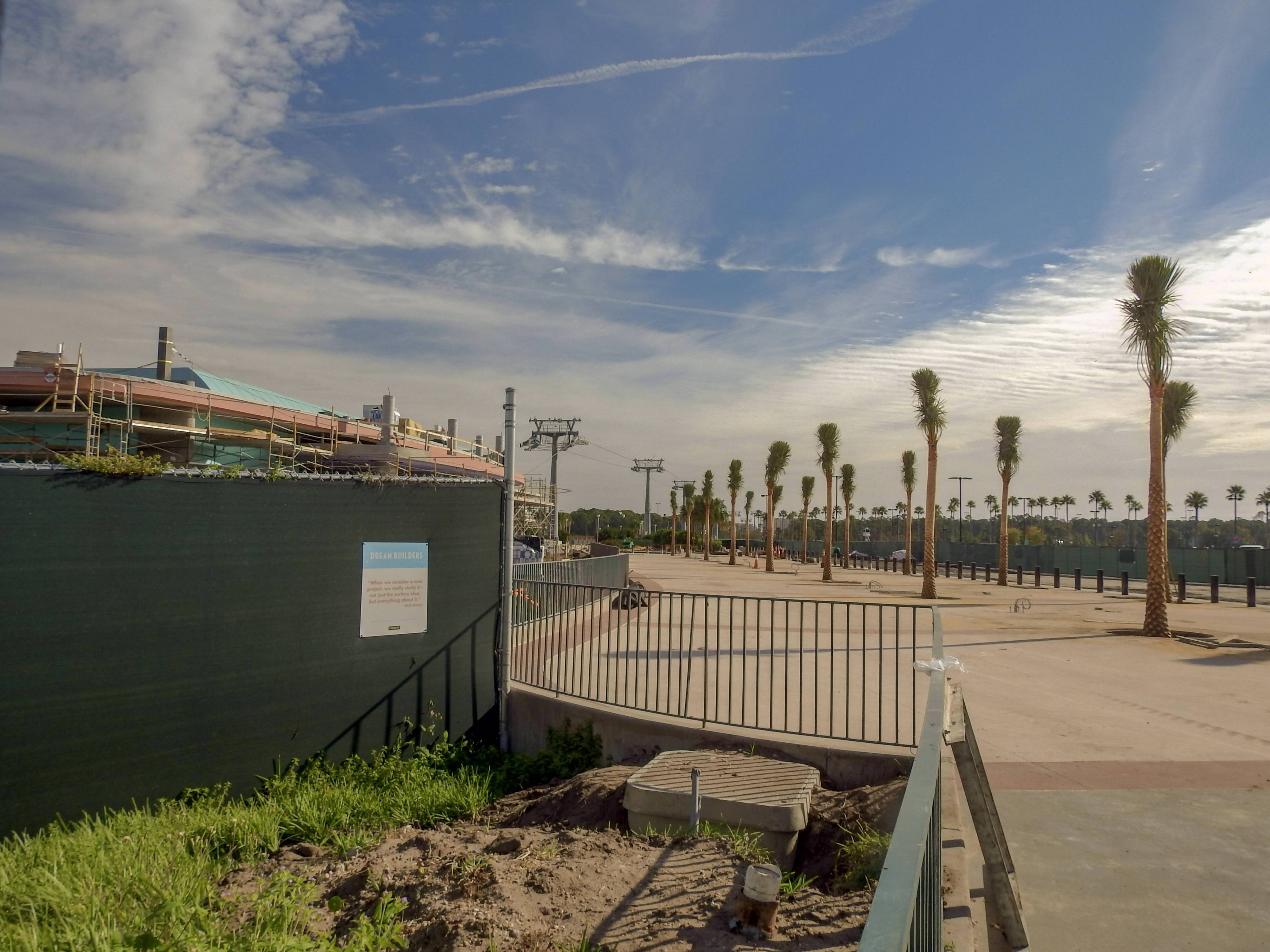 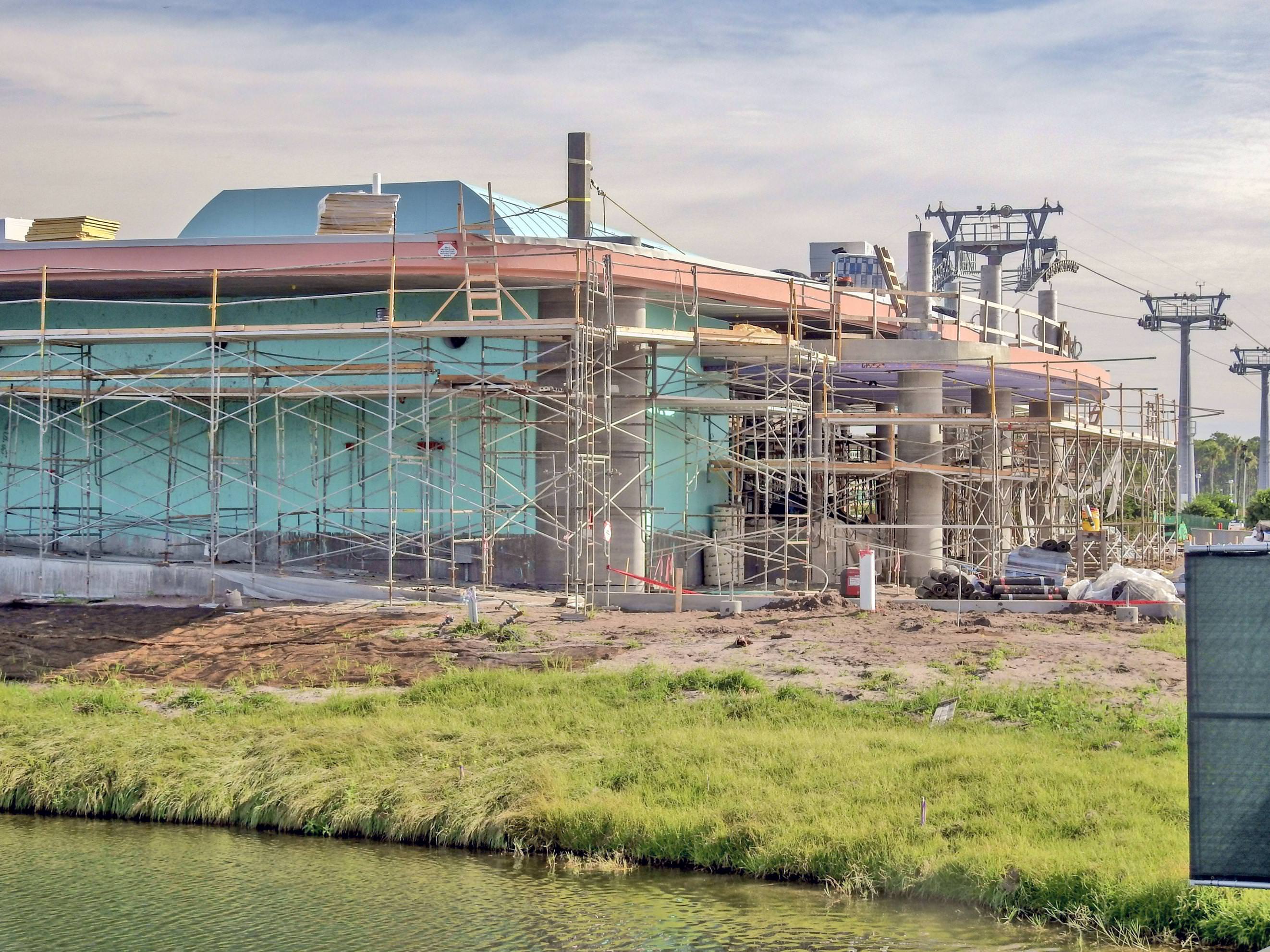 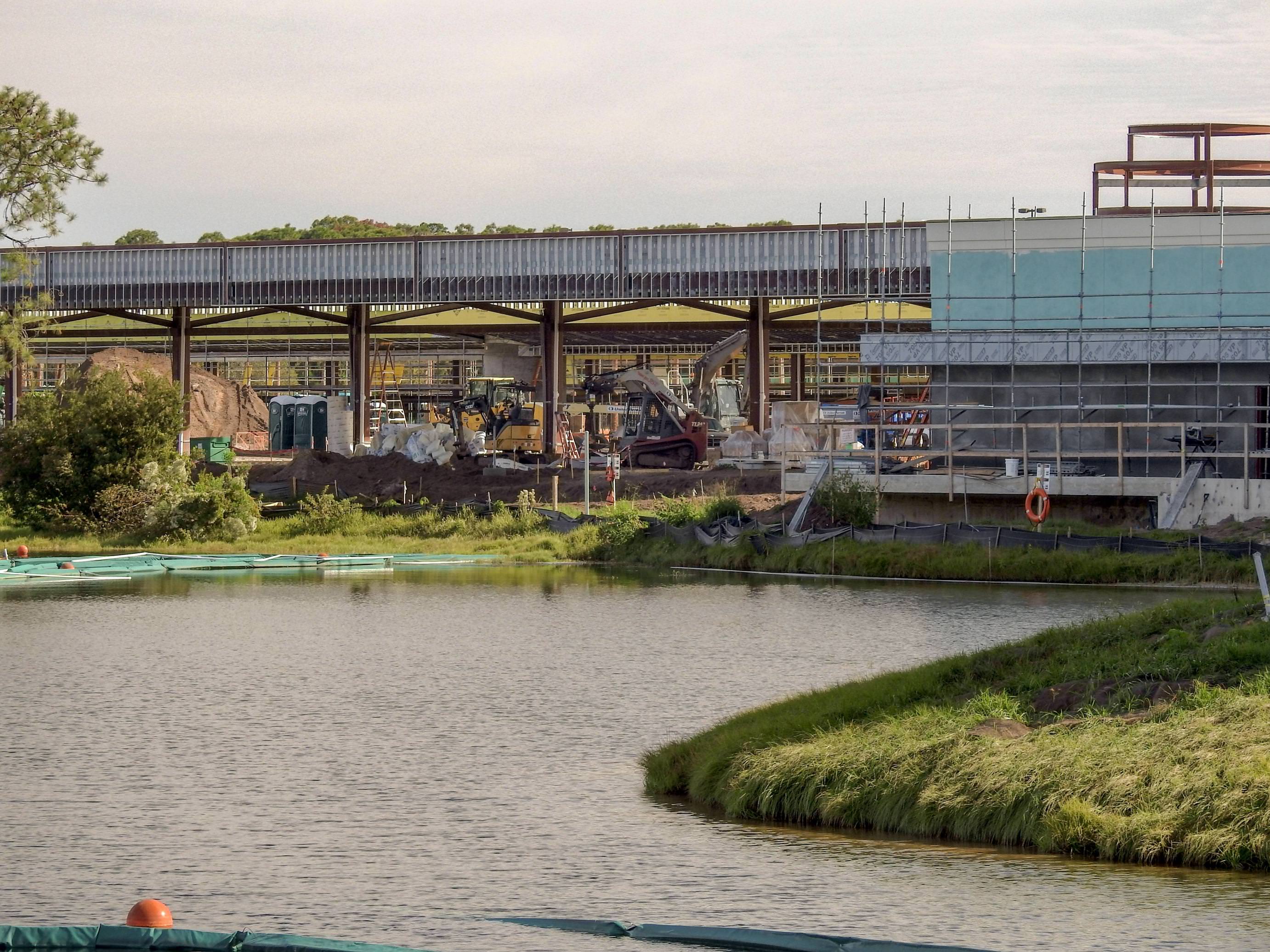 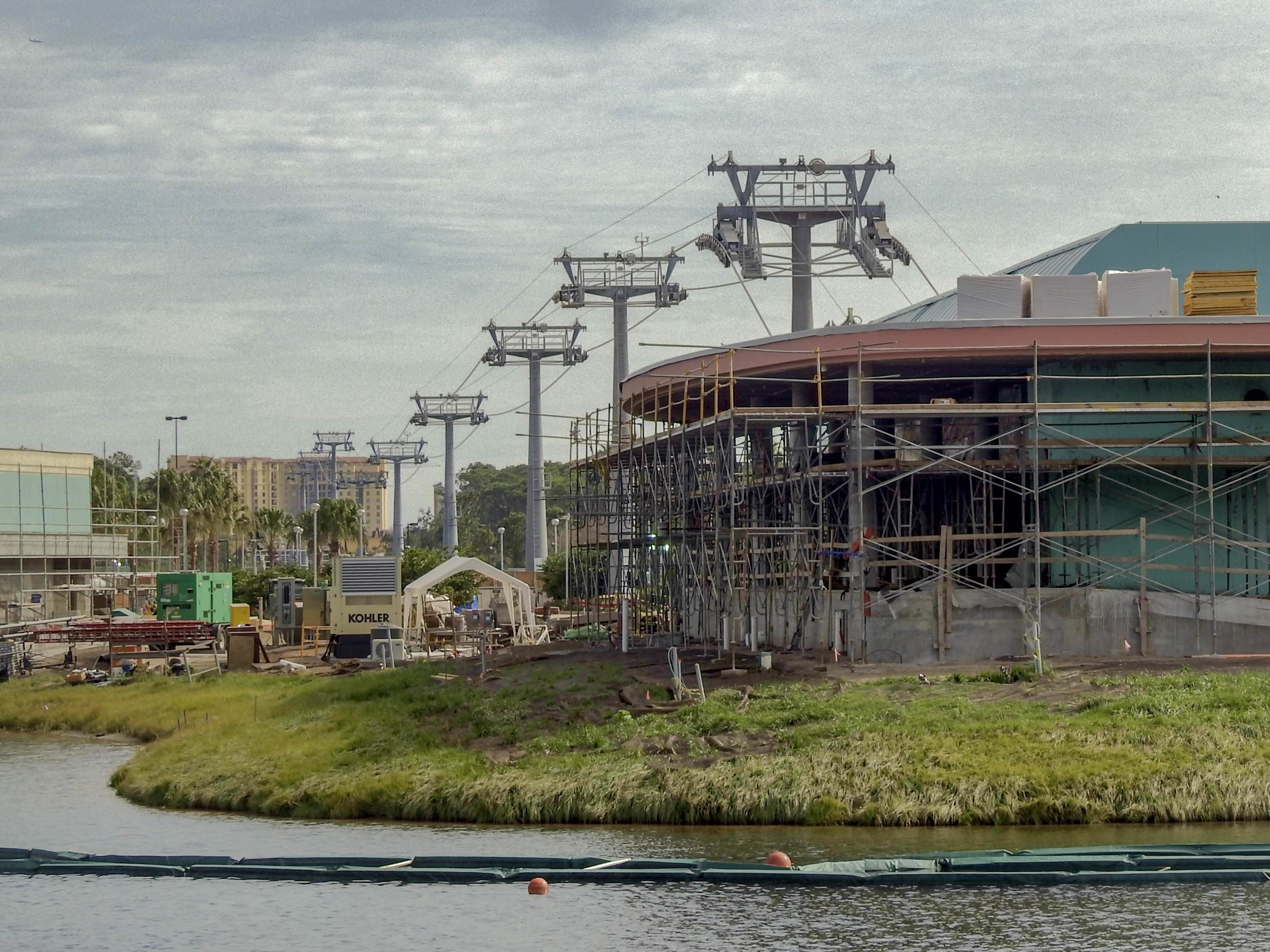 The Disney Skyliner station for Hollywood Studios is captured in the above four images. Disney plans to open the transportation system in fall 2019. 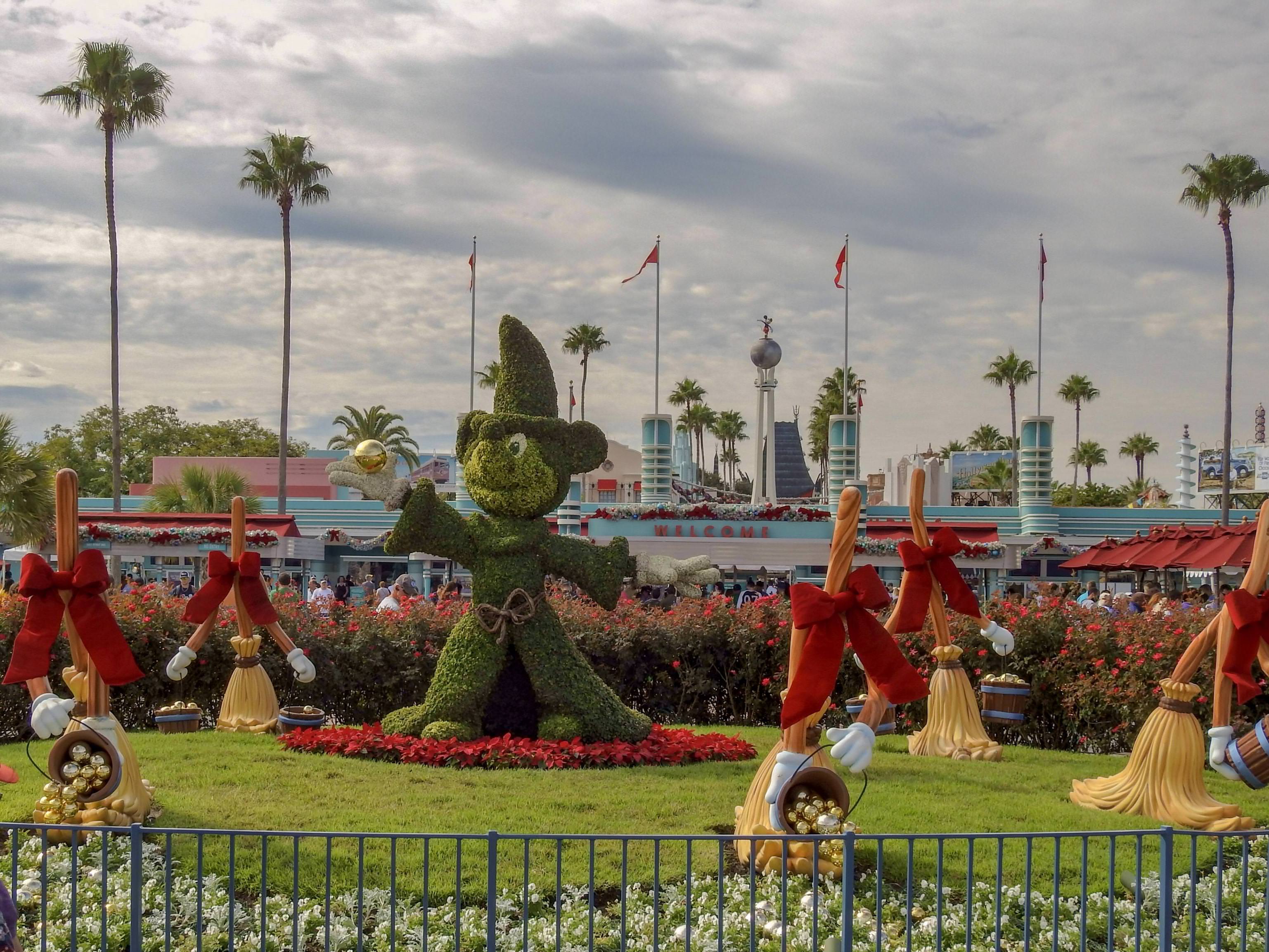 Near the entrance to Hollywood Studios are Sorcerer Mickey and the magic brooms; they’ve been given ribbons and bells. 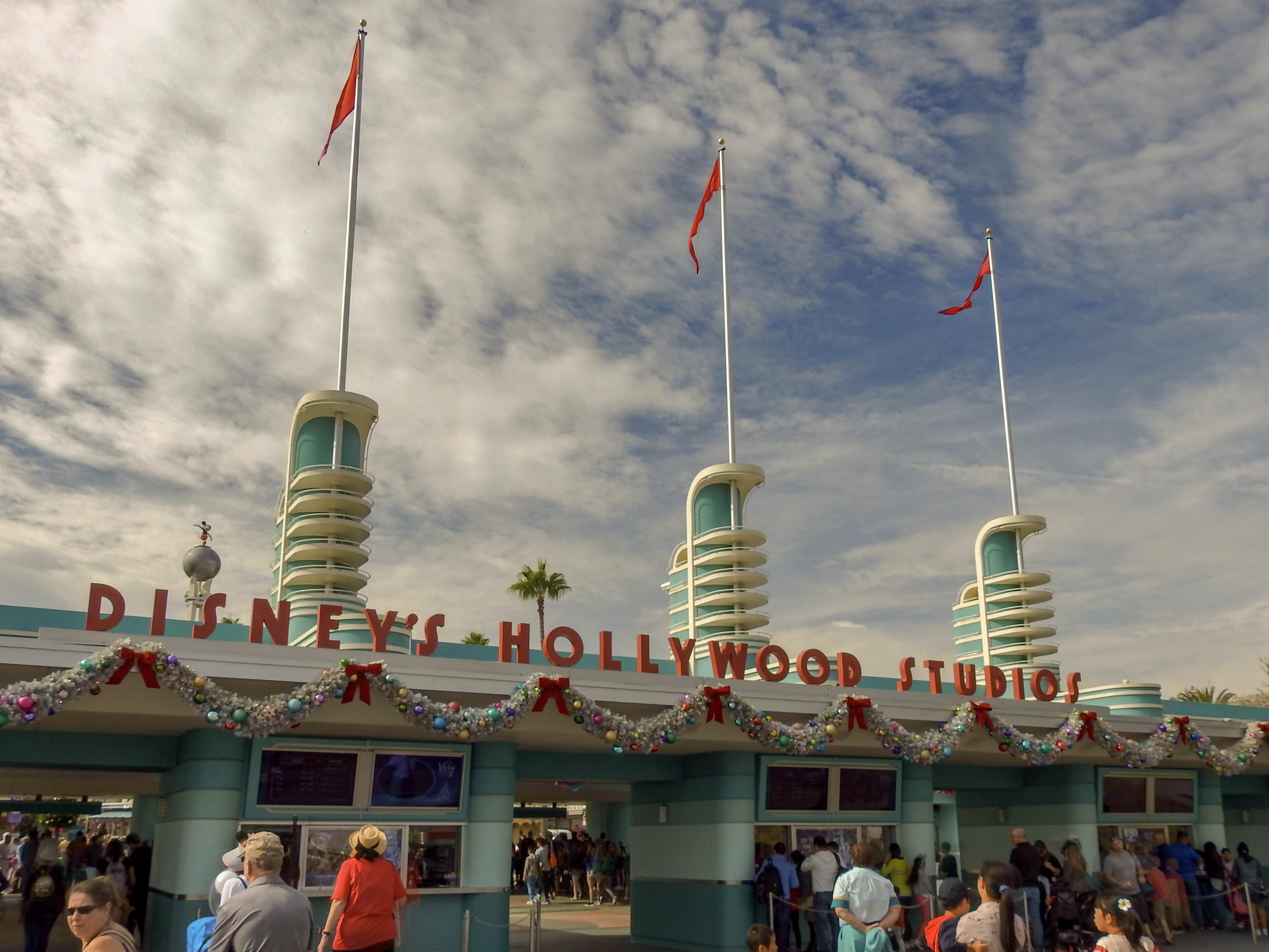 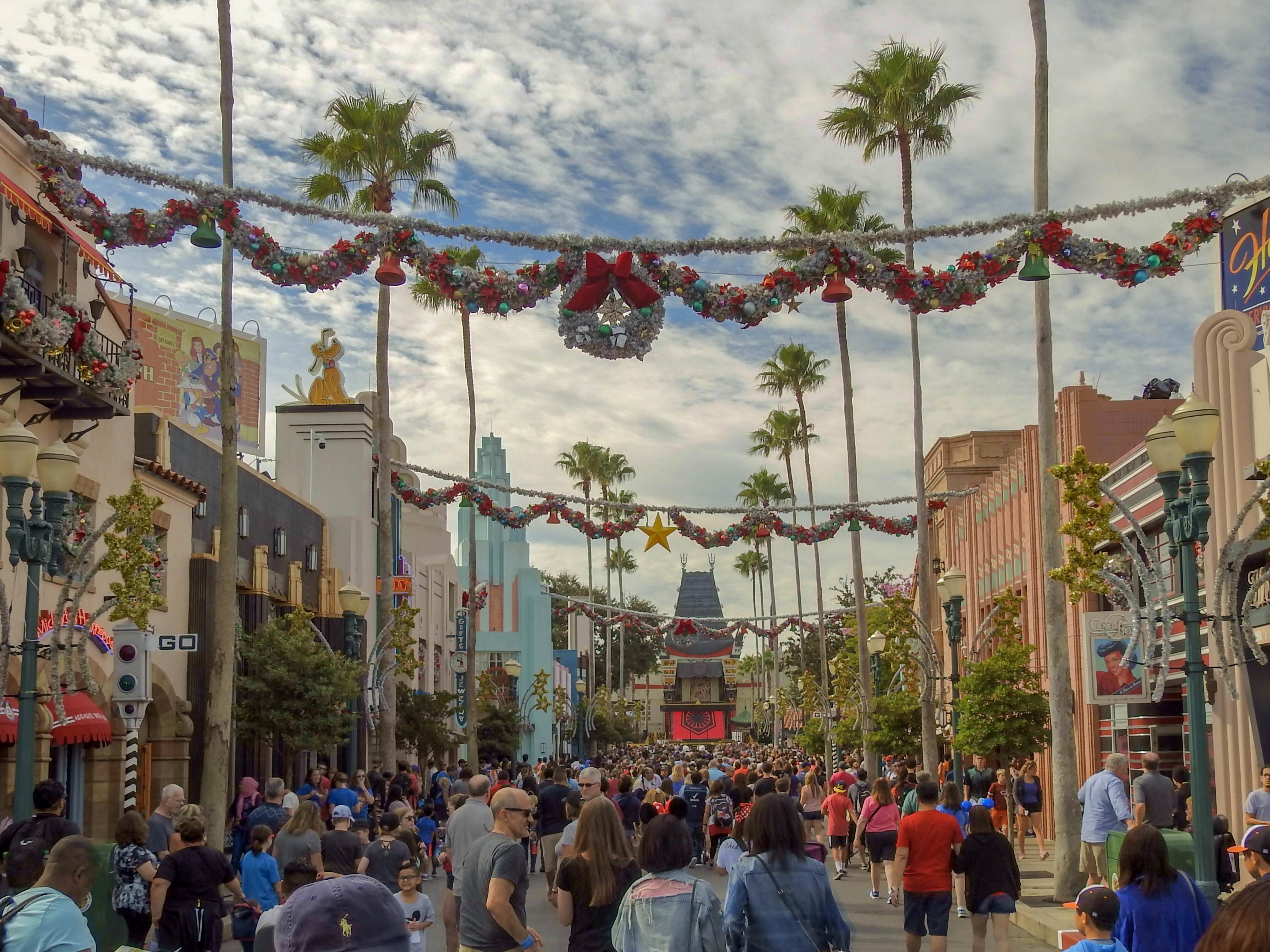 They also hang above guests along Hollywood Boulevard. 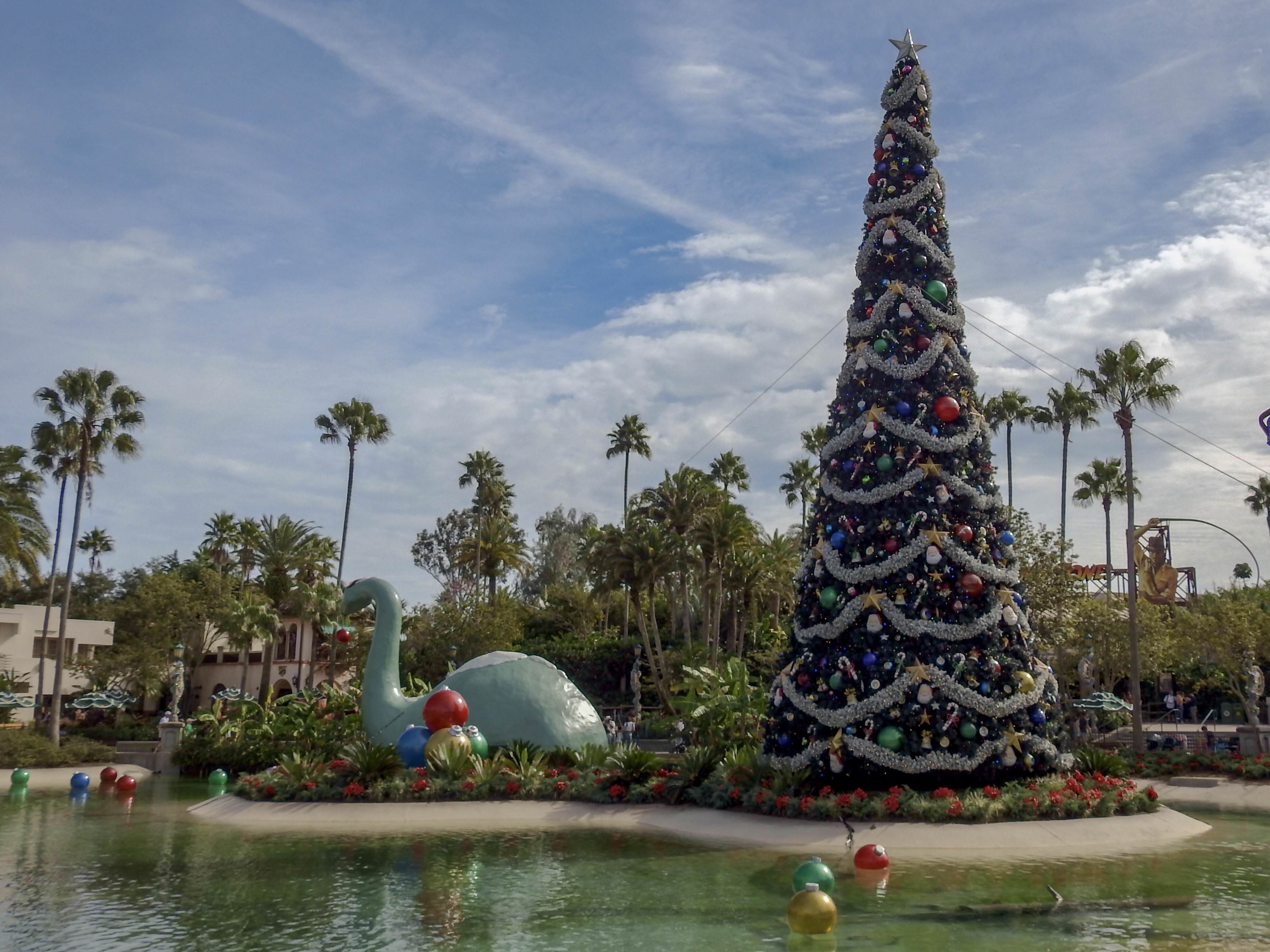 A Christmas tree and giant ornament balls can be found in Echo Lake. 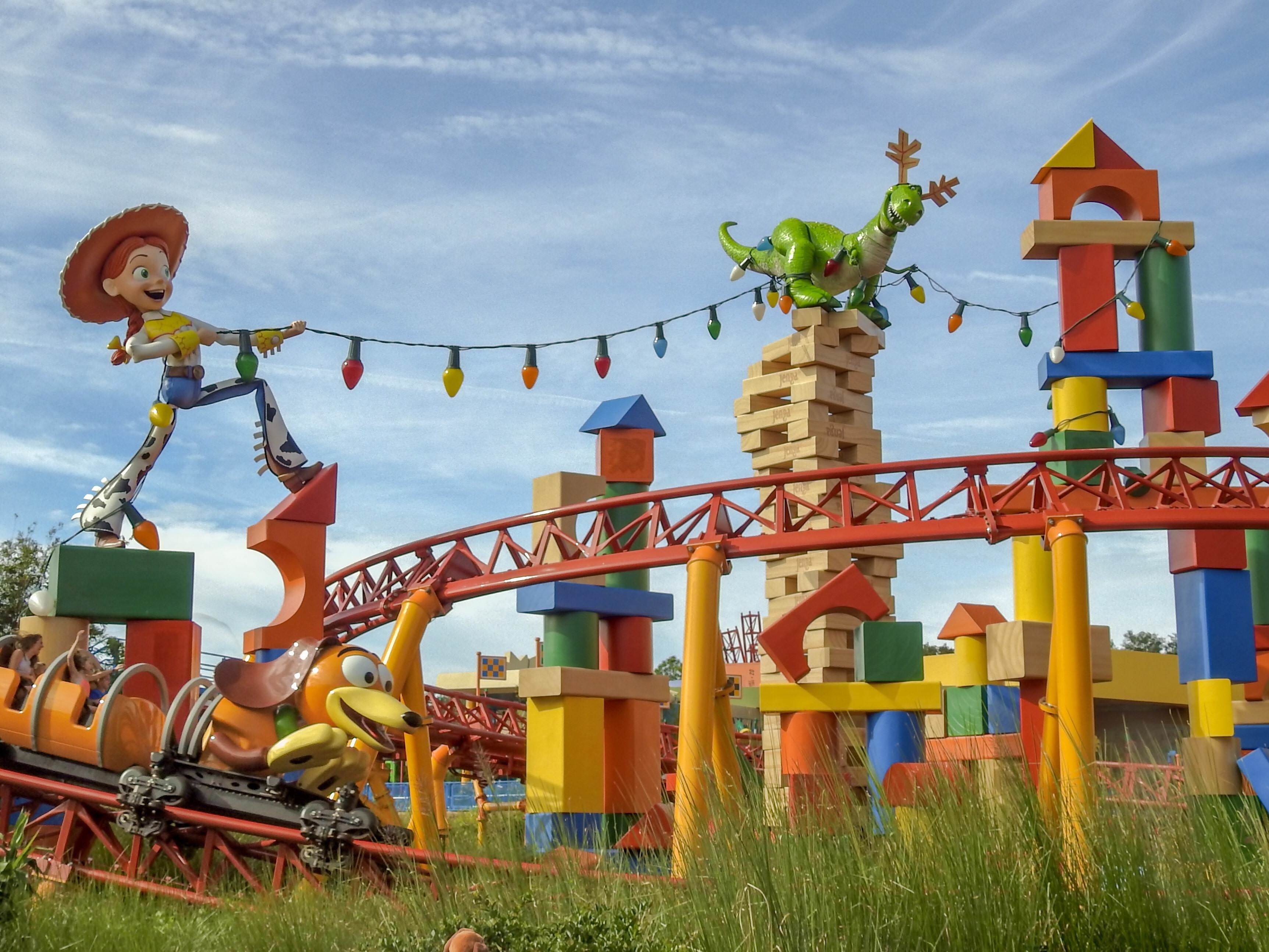 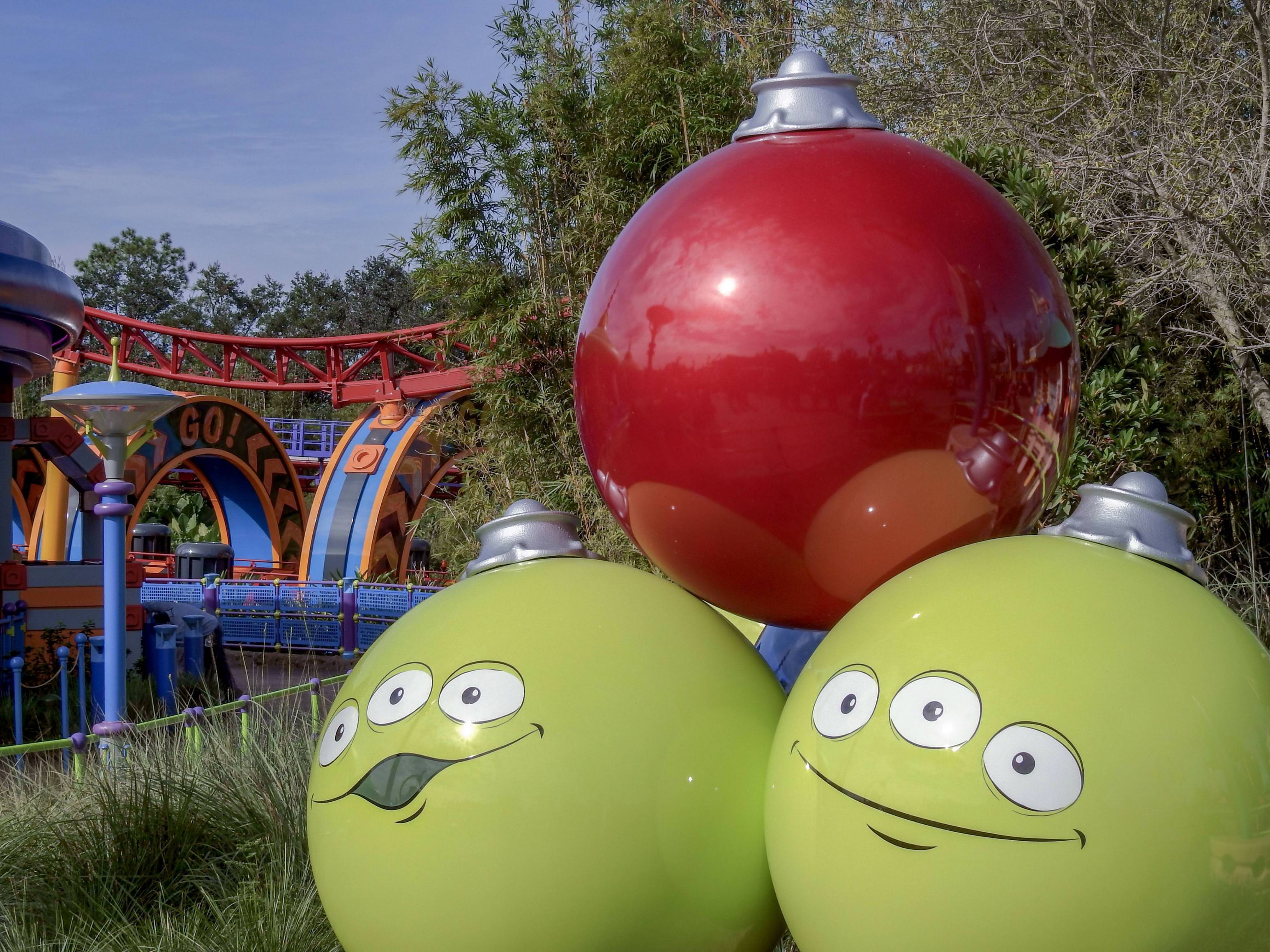 A touch of the holiday spirit is also at Toy Story Land. If you look closely, you can see that Rex is wearing antlers. 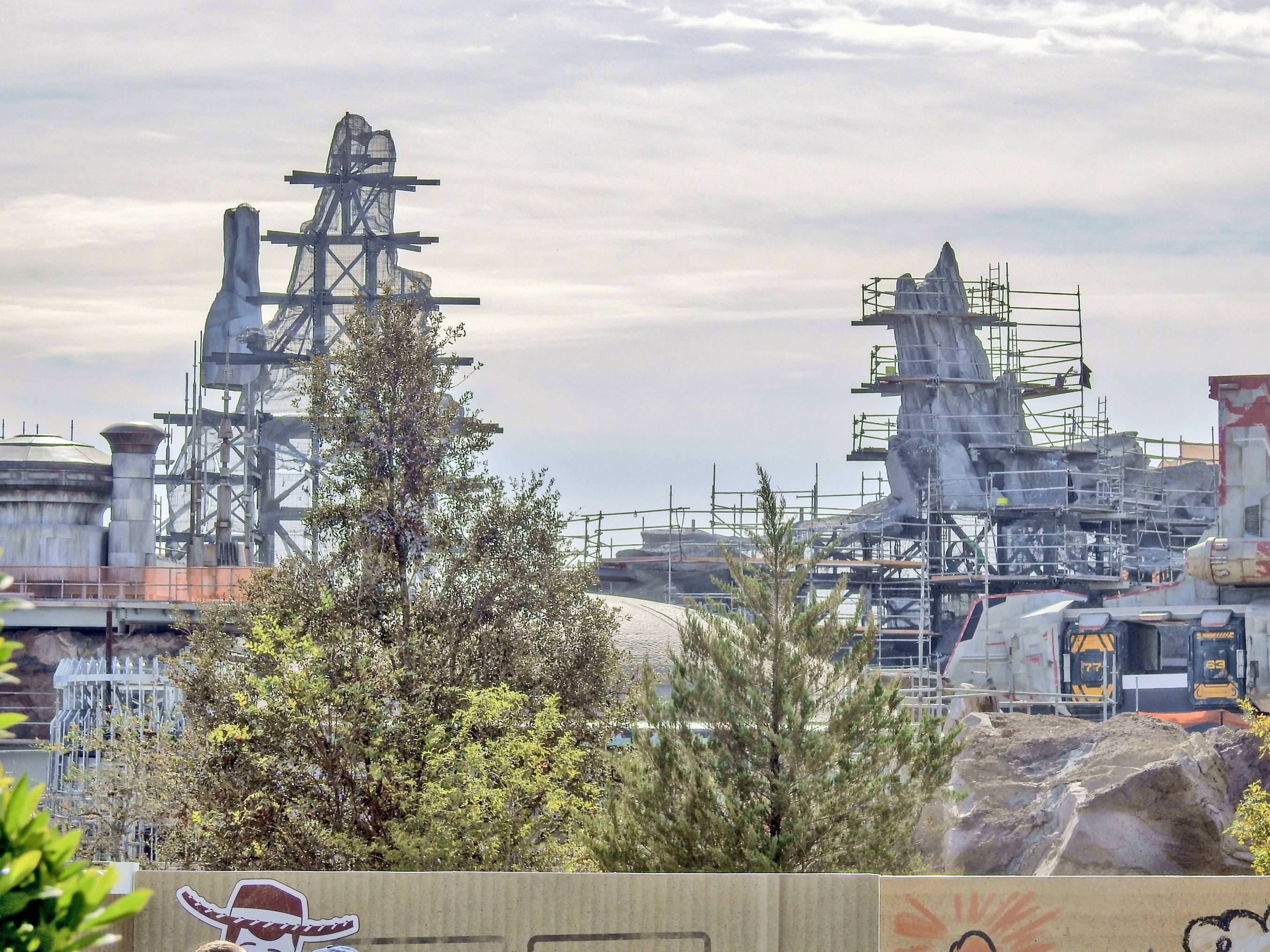 Hollywood Studios will welcome Star Wars: Galaxy’s Edge in the fall of next year. 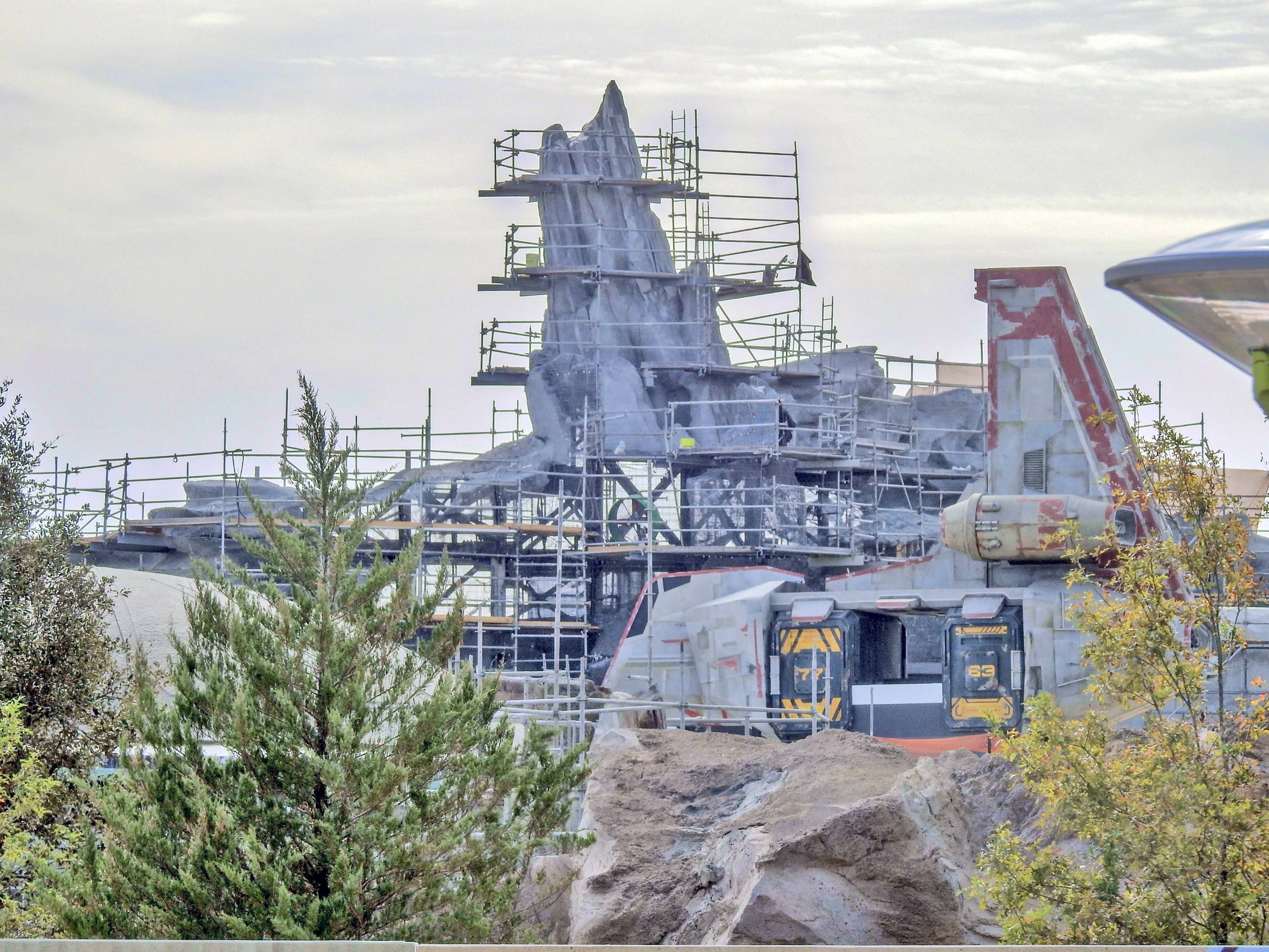 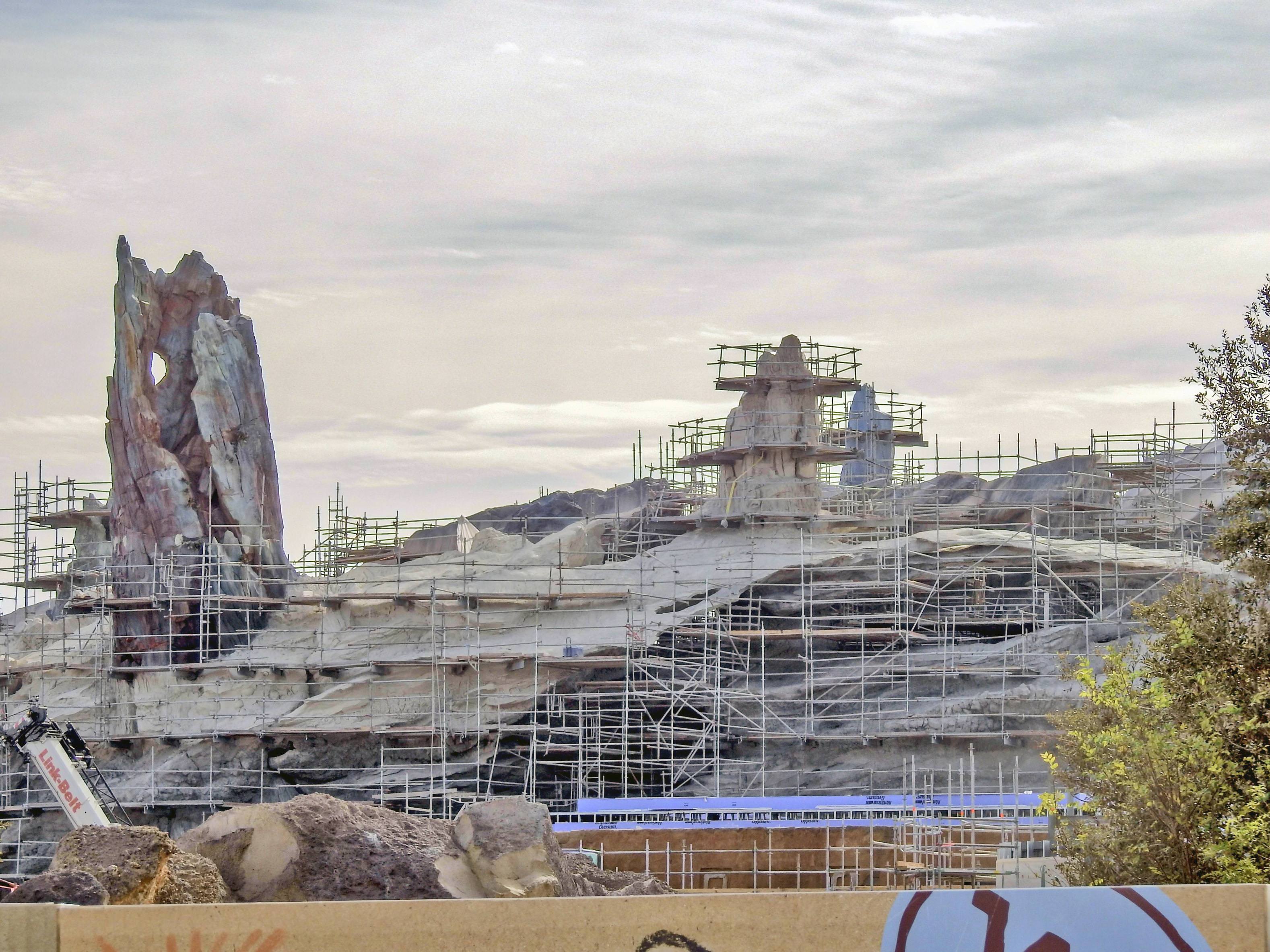 Disney recently revealed the names of the two new rides that will open with the area. Millennium Falcon: Smugglers Run will allow you to pilot the Falcon while hurling through hyperspace. Star Wars: Rise of the Resistance will immerse you in a battle between the First Order and the Resistance. 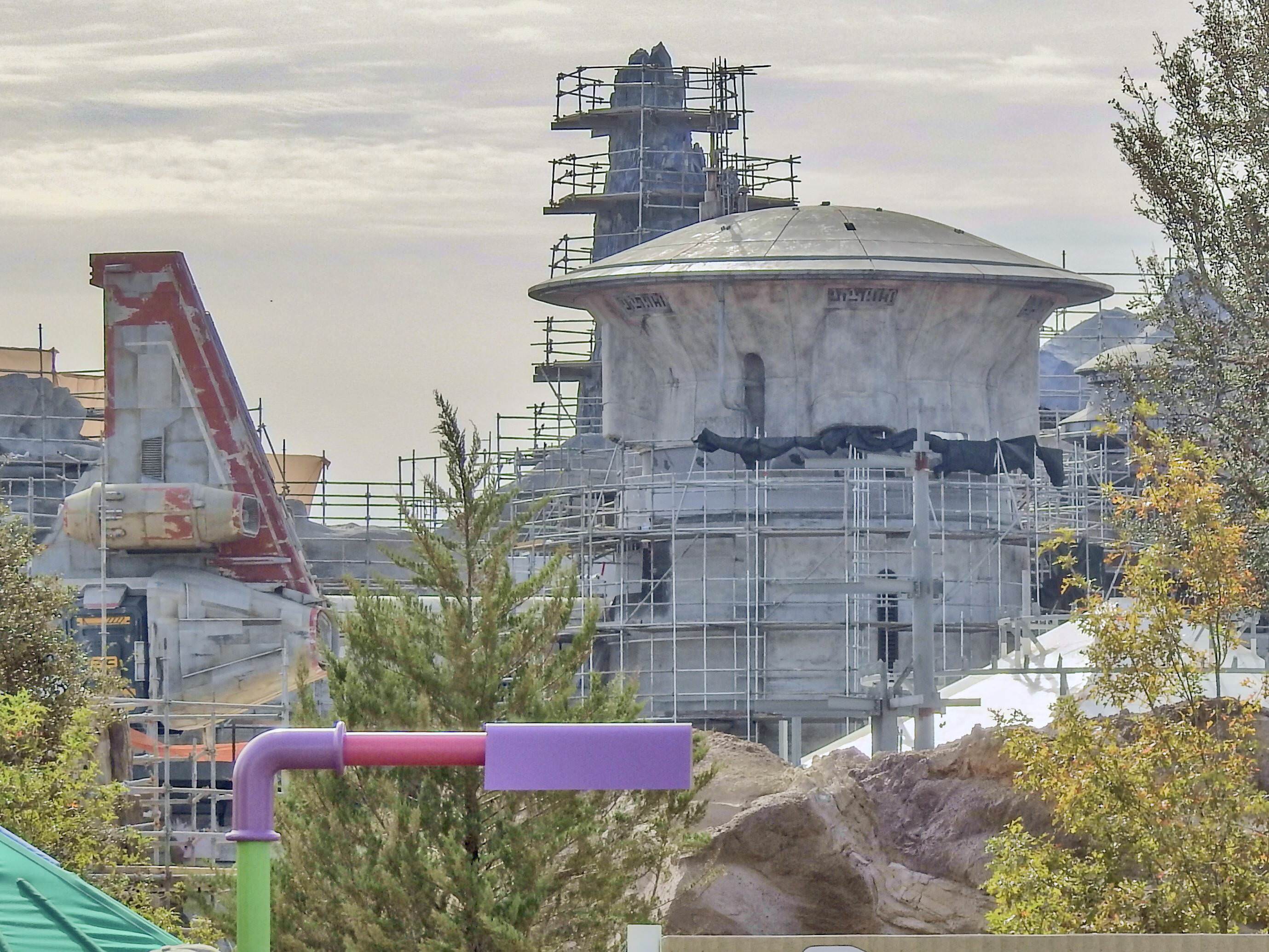 When the new area opens, it’ll be Disney’s biggest single-themed land expansion ever.

Angela’s appetite for photography began when she was just a teenager. Today her love of theme parks, travel, animals & nature has encouraged her to share her passion with others. Angela’s shots can be found on Instagram at “alegnaluce” and “universal.lucy."