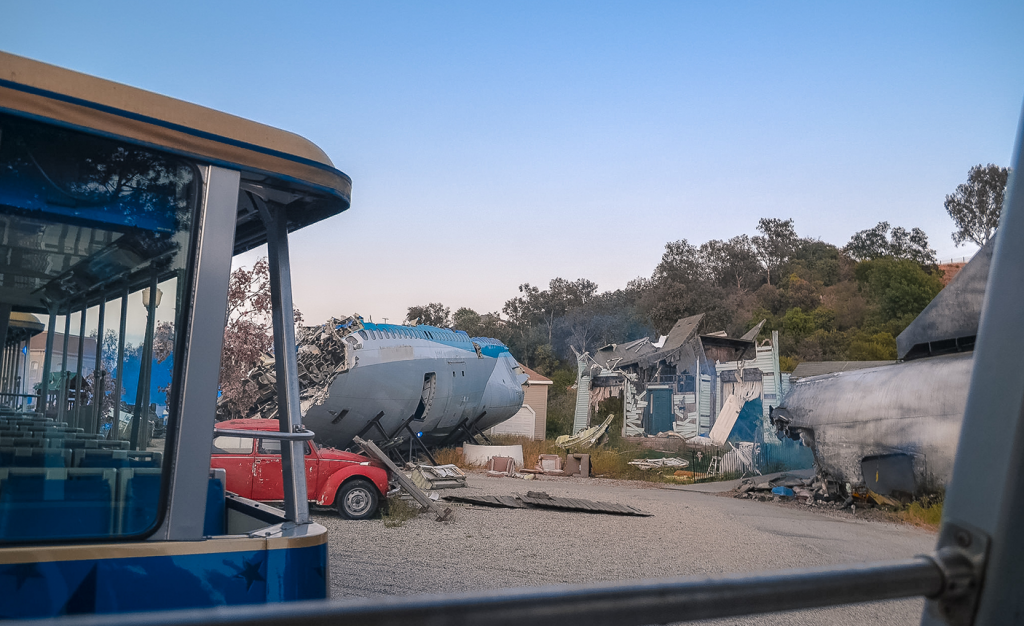 Late last week, Universal Studios Hollywood began testing the new nighttime Studio Tour, which will officially debut this summer for the park’s 50th anniversary. The tour features iconic characters, an impressive display of theatrical lighting, a new script, and so much more. The nighttime Studio Tour is a brand new experience that will greatly enhance your visit to the park and allow you to experience Hollywood’s movie magic like never before.

The new nighttime Studio Tour has an advantage from that of the daytime Studio Tour. It combines live actors and special effects to add on to the tour and give an extra dimension. The tour uses projections in several scenes to create remarkable moments.

On the nighttime Studio Tour, you’ll pass Marilyn Monroe, who can be found outside of her trailer waving at guests on board the tram. Frankenstein can be found charging towards guests in Little Europe. Projections are used in the Jurassic Park scene, the Six Points Texas scene, and the Psycho House scene to make the tour more enjoyable and eye-popping. In the Jurassic Park scene, dinosaurs attack occupants within the Fleetwood RVs from the Jurassic Park film. Projections are also used in the Six Points Texas scene to project fights. When passing by the Psycho House, tram riders can spot a projection of Norman pacing around the house with a knife. Along with this, the nighttime Studio Tour also features scenes from the daytime tour such as Jaws, Earthquake, and King Kong 360.

The nighttime Studio Tour will debut at Universal Studios Hollywood this summer. The tour is still in rehearsal so it may receive changes before it officially debuts.