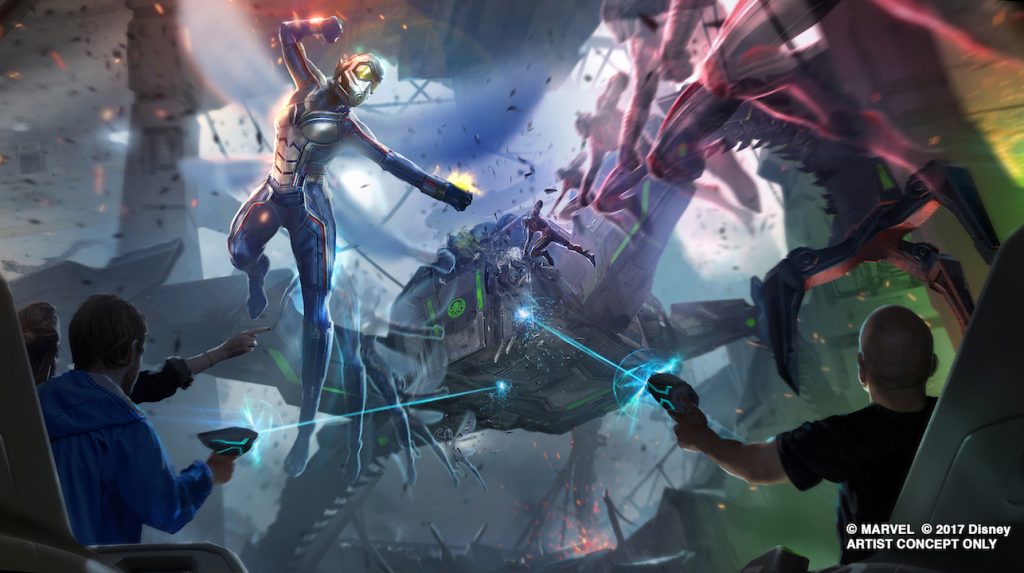 “Ant-Man and The Wasp: Nano Battle!” has been announced as the name for Hong Kong Disneyland’s newest Marvel-themed attraction.

Guests will join forces with Ant-Man and The Wasp after an unexpected turn occurs during a routine trip to the S.H.I.E.L.D. Science and Technology Pavilion at Stark Expo. The attraction will place guests into an immersive experience where they’ll find themselves in S.H.I.E.L.D.’s state-of-the-art vehicle and fighting against Arnim Zola and his Hydra swarm-bots.

Ant-Man and The Wasp: Nano Battle! is set to debut at Hong Kong Disneyland in 2019. The attraction is replacing the already closed Buzz Lightyear Astro Blasters ride. Like Astro Blasters, Ant-Man and The Wasp will be an interactive attraction. It is part of the destination’s multi-year expansion, which is expected to be completed by the year 2023. The expansion will include an entire Marvel-themed area when finished.