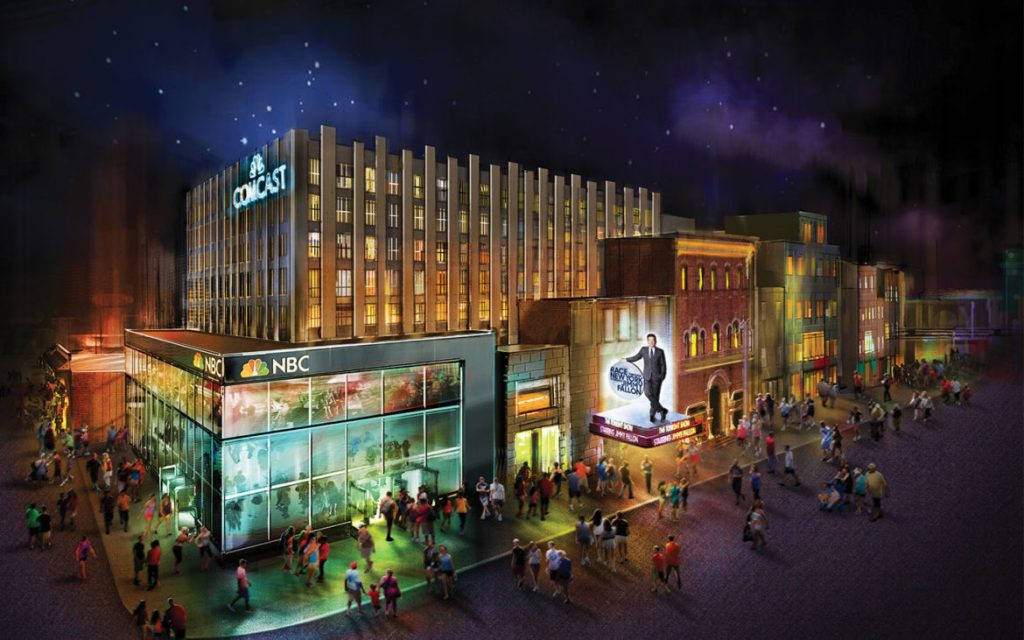 Whether you like the idea of an attraction featuring Jimmy Fallon or not, the concept should not be immediately thrown into the trash or loathed. To be straightforward, the attraction is not exactly based on Jimmy Fallon, he’s just the lead character that directs the storyline. The main experience is a race through New York City. What should be noted is that the attraction is not even open yet — don’t judge it until you have experienced it for yourself. In fact, there are some aspects that you may just enjoy. Rather than looking at the flaws that you may see, look at the benefits and/or extraordinary features (Well, you won’t have to come up with them yourself, as I have outlined them below in detail).

It Adds A Piece of New York City
New York City is perhaps one of the best cities in the United States. It is without a doubt the most developed city in the country, if not the world. For Universal Orlando to recreate a portion, or rather a major landmark (the resort is constructing a smaller scale version of the 30 Rock tower), is beyond astounding. Not only will it introduce an iconic structure to Universal Studios Florida, but it will also fit in perfectly with the area’s overall theme (the attraction is located in the New York area of the park in the former Twister soundstage).

Based on concept art that was released in early November, the Race Through New York Starring Jimmy Fallon attraction will be situated in a small recreation of 30 Rock’s Studio 6B, which is home to the Tonight Show set. The structure will include branding for the attraction itself and Universal’s parent companies (NBC and Comcast). In addition to this, the building will practically have floor-to-ceiling windows at the main corner (facing the entrance of the park). If you wish to see the concept art in its entirety, it can be viewed at the top of this post.

Interactive Experiences
What is truly unique about this attraction is that it will not only feature a ride but also new, additional experiences. Aside from the ride itself, guests can “enjoy a live performance from the Ragtime Gals barbershop quartet,” “check out some of the [Tonight Show’s] classic bits,” “meet and dance with the beloved ‘Tonight Show’ mascot,” “play host at [an] Interactive Desk [where they’ll] be able to send Jimmy Fallon’s famous Thank You Notes . . . prep for [their] race with a ‘Jimmy Drive’ retro-style video game, and watch . . . show clips.” In addition to this, guests can “step foot into the renowned NBC Studios [and] get a front row seat to witness . . . moments in the history of NBC [and make their] way through ‘The Tonight Show’ lobby, [where they’ll] . . . get the . . . opportunity to see real set pieces . . . from suits of past hosts, to iconic desk props, to NBC video cameras used to record [The Tonight Show]…”

All of these add-ons, I believe, truly add to the overall experience; they provide a more in-depth understanding of the background of the landmark building, iconic show, and ride. Universal has gone above and beyond with this development — they are basically taking an unprecedented approach: combining numerous experiences into one overall experience. This isn’t just a ride but a series of experiences. The word “experience” may have been overstated in this writing but this was done intentionally, and it was intentionally done to highlight the many additions Race Through New York Starring Jimmy Fallon will bring. 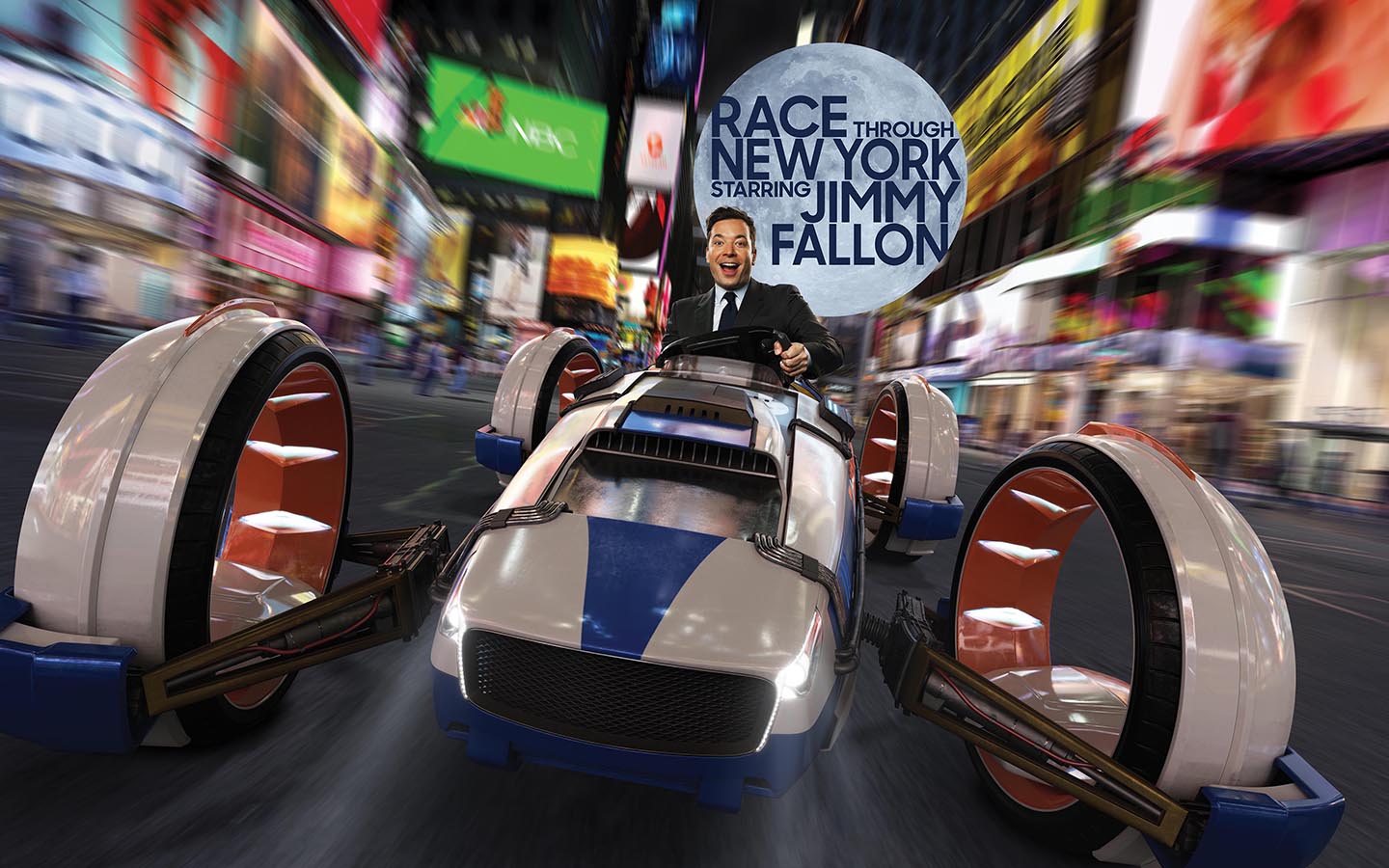 Ride Technology
Although Universal Orlando hasn’t released much information regarding the attraction’s ride technology, they did state that it will be “the world’s first-ever flying theater.” Rumors have long predicted that the ride will be quite similar to Disney’s Soarin’ (now called Soarin’ Around the World and Soarin’ Over the Horizon). According to Walt Disney World’s website, “Soarin‘ Around the World is a flight simulator attraction at Epcot that lifts Guests on multi-passenger hang gliders for a scenic aerial tour of the world.” Many will argue that Soarin’ basically uses a flying theater to make the simulation possible, so why is Universal Orlando stating that their Race Through New York ride will feature “the world’s first-ever flying theater?” Is there something different with the technology Universal plans to implement? Is Universal planning to use a more “theater-like” setting and stating that Soarin’ doesn’t have this approach? Or is Universal just providing some false information? These are questions some of us have been asking, but we don’t yet have an answer to that. We’ll basically have to wait and see what Universal has planned. What we do know, however, is that the theater will seat up to 72 audience members.

Below are concept renderings/videos of possible technology Race Through New York may utilize. Please note that these are not official concepts from Universal Orlando nor are they guaranteed to be used for the ride. Model of a flying theater we saw during our visit to @falconscg – Not sure if it's the one being used #FallonRide but should be similar. pic.twitter.com/w74QQx1WoD